KUALA LUMPUR: An award-winning novelist will go on trial with a well-known film director and his actor son over a plagiarism dispute.

Novelist Elias Idris, 63, said he had in September or October 2013 watched a local Malay film entitled Bohsia: Jangan Pilih Jalan Hitam, which was aired through Astro Ria and found that there were similarities in the theme, plot, characters and messages with his novel, Aku Bohsia. 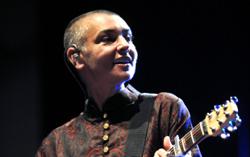