PETALING JAYA: The last reported position of the missing Indonesia AirAsia Flight QZ8501 was at Latitude - 4.1235 and Longitude 110.3821 at 32,050 feet (9.679 metres) above sea level, according to flight tracking website Flightradar24.com

Additionally, the site said on its Twitter account, @flightradar24 that "Flightradar24 did not pick up any emergency signals from #QZ8501." 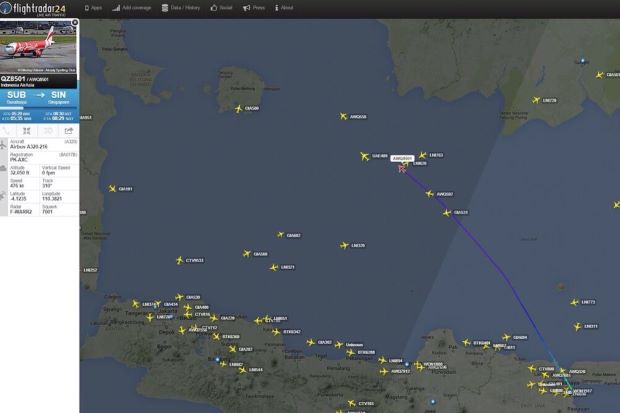 AirAsia said in a statement that the plane was an Airbus A320-200 and that search and rescue operations were in progress.

Mustofa said the plane had seven crew and 155 passengers

He said the plane lost contact when it was believed to be over the Java Sea between Kalimantan and Java islands.