Main source: A view of the Sungai Selangor dam and its water level at the end of June.

PETALING JAYA: Rampant land clearing for development and farming near buffer zones is putting a strain on the country’s water catchment areas and preventing our dams from filling up despite sporadic rain and cloud seeding efforts.

Forestry and environment experts here have cautioned that unless water catchment areas are gazetted and protected, water basins are in danger of rapidly drying up.

Peninsular Malaysia Forestry Department director-general Datuk Dr Abdul Rahman Abdul Rahim said forests function like “sponges to absorb water” but the ground could not retain water if there are disturbances to the hydrological cycle caused by development and farming activities in surrounding areas.

“Buffer zones should vary according to the size of the forests and water bodies,” he said, adding that de-gazetting of non-permanent forest reserves came under the state and local authorities’ jurisdiction.

“There are one million hectares of forests under state control which can be developed. As a technical department, we can only advise the state authorities not to (approve development plans) but the final decision is theirs,” he explained. 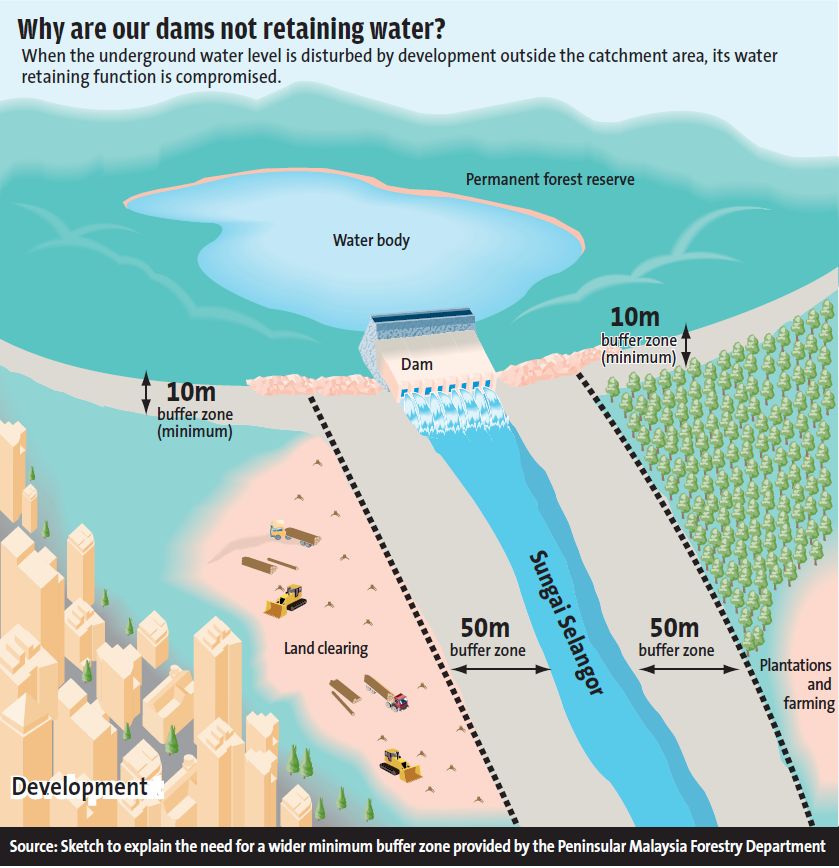 He said the current water woes were worsened by the El Nino phenomenon as (rain) clouds were not forming at water catchments because of the dry spell and wind direction.

Yesterday, the Sungai Se­­langor dam which supplies water to more than 60% of households in Selangor, Kuala Lumpur and Putra­jaya dropped to 33.27% of its capacity – a record low.

During the last water rationing exercise in February and March, the dam level was 37%.

Usually, only the forest upstream of the dam was gazetted and not the downstream parts (between the dam and the intake points), he said, citing the Batang Berjuntai development in downstream Sungai Selangor as an example.

“So, in the ungazetted areas we have plantations, dusun, villages, towns and industries. A watershed must be gazetted and have minimum human activities so that water quantity and quality are not compromised.”

A Selangor Land and Mines Department spokesman said the state valued its forests and was very concerned about the “health” of water catchment areas.

“Before any forest is de-gazetted for development, a state planning committee with representatives from all the technical departments will discuss every aspect, including the appropriate buffer zone size, in detail,” he said.

Fighting for our forests 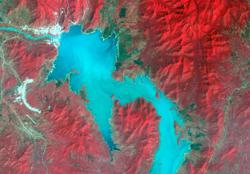 Sarawak polls can wait until Covid-19 situation improves, says Abang Johari
Mission to repatriate Malaysians from New Delhi and Mumbai arrives at KLIA
Befrienders: Over 100 calls received daily since start of MCO 3.0
On the spot compound should be issued to SOP violators, says Ismail Sabri
Help us by staying safe, say frontliners
King advises people to stay home to flatten the curve
‘We have to be on guard’
‘We don’t want to decide who lives and who dies’
‘Don’t let our sacrifices be a waste of our efforts’
Hopefully, we can have our lives back next year