KUALA LUMPUR: A freelance photographer was fined RM1,000 in default a month's jail by a Magistrate's Court Monday for illegally climbing a tower at Brickfields here.

Keow, 26, was charged with trespassing 1 Sentrum Tower at KL Sentral here by climbing outside of the building without permission at Level 32 of the building at about 2.30pm on June 29.

He was charged under Section 447 of the Penal Code which carries a maximum of six months' imprisonment or a maximum of RM3,000 fine or both, if convicted. 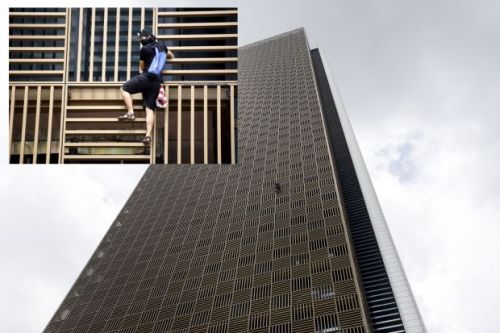 In asking for a lower sentence, Keow's counsel Latheefa Koya said her client was a freelance photographer and did not have steady income.

She urged the court to impose a minimum fine and not to send Keow to prison.

On June 29, it was reported that Keow managed to climb 1 Sentrum Tower at KL Sentral in Brickfields.

In the 3pm incident, Keow was wearing a pair of sandals, T-shirt, black shorts with his face covered with a handkerchief, carrying a blue color sling bag and a camera.

Upon reaching the roof, he waved Malaysian flag before he was nabbed by the police.