Lucrative catch: Picture taken on May 9 shows scrap metal being taken from the Japanese light cruiser

GEORGE TOWN: Illegal salvagers have plundered scrap metal from at least five shipwrecks, including two Japanese World War II vessels, off Penang waters since early this year and their activities have gone undetected by the authorities.

The unscrupulous salvagers were believed to have “cleared up” at least two wrecks – the Japanese gunboat Chosa Maru, called Kapal Jepun by locals, which sunk in August 1943, and Japanese light cruiser Kuma that went down on January 1944 – and have taken away metal worth millions. 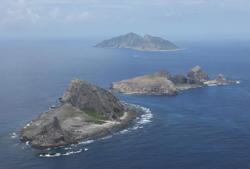