PETALING JAYA: When US President Lyndon B. Johnson visited Malaysia in 1966, miniskirts and bowl-cuts were the height of fashion ala the swinging 60s.

The Beatles and Nancy Sinatra ruled the airwaves with hits such as Paperback Writer and These Boots Are Made For Walkin.

On Saturday, Barack Obama will be the first US President to visit Malaysia in 48 years.

Here’s more of what it was like in Malaysia in the 60s:

> You could enjoy a bowl of curry mee for 20 cents at the school canteen and a cold drink was just 5 cents.

> You could buy The Beano and Dandy comics for 15 cents each.

> Malaysians were struck by Beatlemania, which sparked off the “Pop Yeh Yeh” era on the local music scene. 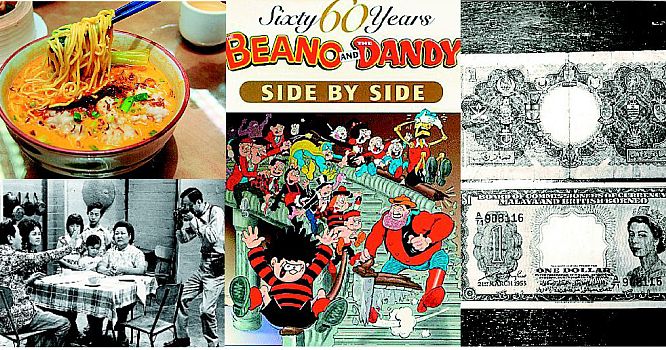 Those were the days: A bowl of curry mee for 20 cents, Empat Sekawan sitcom, The Beano and Dandy comic and the Malaya and British Borneo dollar were among the highlights of the 60s when the last presidential visit took place.

> In 1966, Johnson’s packed schedule included a visit to a Felda scheme in Negri Sembilan, which was later named Felda LBJ in his honour. He was also welcomed at Parliament House by then Prime Minister Tunku Abdul Rahman.

> Helen Lee Siew Lien represented Malaysia at the 1966 Miss Universe competition in Miami Beach, Florida, which was the first to be televised in colour.

> Moviegoers could spend an afternoon at the cinema for 40 cents each.

> On cinema screens were P. Ramlee’s Do Re Mi films.

> The Flower of Malaya, striptease queen Rose Chan, shocked and amazed with her daring shows until banned from performing in Kuala Lumpur in 1967.

> There was only one channel on TV.

> The Indonesia’s Konfrantasi ended when Malaysia and Indonesia signed a peace treaty in Bangkok in August 1966.

> A vote to expel Singapore from the federation on Aug 9, 1965 led to the island nation’s independence and secession from three-year-old Malaysia.