BALIK PULAU: The wife of wildlife trader Anson Wong, appeared in a Sessions Court here for mention of a case against her and two others, involving two charges of possession of five elongated tortoises, which are a protected species.

Cheah Bing Shee, 56, was jointly charged with Syarikat Rona Wildlife Enterprise and its director K. Muthukomar with illegally possessing three male elongated tortoises (indotestudo elangota, also known as baning lonjong jantan), under Section 68(1)(a) of the Wildlife Conservation Act 2010, which carries a maximum fine of RM100,000, or maximum three years' jail, or both, upon conviction.

Cheah, who is believed to be the manager of Rona Wildlife, Muthukomar and the company were also alleged to have been in possession of two female elongated tortoises, which is prohibited under Section 70(1) of the same Act, which carries a maximum fine of RM300,000 or maximum 10 years' jail, or both.

The offences were alleged to have been committed at Lot 157, Mukim 1, Pantai Acheh, Balik Pulau, at 1.30pm on Nov 24 last year.

Cheah, Muthukomar and the company, had claimed trial when first charged in court on Dec 19 last year.

The case came up for mention on Thursday, but counsel for the three, Ramesh Raj, informed the court that the prosecution had yet to hand over four registration books, which included itemised animals, to the defence.

Sessions Court Judge Caroline Bee Majanil then fixed the case to be mentioned again on April 8.

Cheah, Muthukomar and the company are currently on bail. 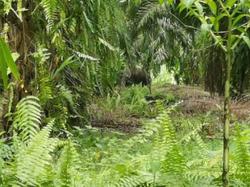 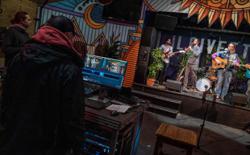