Malaysians are still divided on the need of a filial piety law, but many countries in the world are already enforcing it.

IF you are disrespectful to your elders, you will be tortured and killed - that was the law during the Han Dynasty in ancient China. Although the death sentence is no longer mandatory for such behaviour in modern China, it is still a crime under its newly revised law Protection of the Rights and Interests of the Elderly.

Enforced in July last year, the Act lists nine new clauses that stipulate the duties of children - finacially and emotionally - towards their elderly parents. A main clause requires family members living apart from the elderly to “frequently visit or send greetings to the elderly persons.”

And if that is difficult for those living far away, a provision was included requiring employers to allow their employees time off to visit their elderly parents. However, no punishments were stipulated for those who neglect their parents.

The law allows senior citizens to sue their children and get a court order for financial aid, care and visits. It was introduced due to the growing number of cases of the aged being abandoned in China in the last few decades, despite the deeply ingrained filial piety belief in its culture. In 2011, it was reported that nearly half of the 185 million people aged 60 and above live apart from their children.

An ageing population was also the impetus behind India’s 2007 filial piety law which states that adult children have an obligation of fulfilling all their parent’s needs including housing, food, and medical care. Failure to do so is punishable by hefty fines, and jail.

Closer to home, Singapore has enforced a Maintenance of Parents Act since 1999. The law also allows parents to sue their grown children for an allowance and care; or face six months in jail.

What many will find surprising is that filial piety laws are also practised in the United States, or rather in 30 American states. What is more surprising is that they are based on a law dating back to 1601, the Elizabethan Poor Relief Act, which stipulated that “the father and grandfather, and the mother and grandmother, and the children of ‘every poor, old, blind, lame and impotent person’ being of a sufficient ability, shall, at their own charges, relieve and maintain every such poor Person.”

The American filial piety laws differ from state to state but each generally describes the responsibility of children to provide financial support to their parents.

Many of the laws enable nursing homes to sue the adult children for their parents’ unpaid medical bills. A dozen states stipulate it a crime punishable by jail. South Dakota allows children who have been sued to get a court order for their siblings to pitch in.

As many have found out, living in another state does not protect them against a lawsuit – in 2007, Elnora Thomas from Florida was reportedly sued by her mother’s nursing home in Pennsylvania for unpaid bills. When she was unable to cough up the money, she was told they would put a lien on her house.

In France, the filial piety law allows senior citizens to get cash and care from their children-in-law too. Other Western countries that mandate financial support from adult children to their aged parents are Canada, Ukraine and Russia.

Can you legislate filial loyalty and love?

ONE of the cases that pushed the government of China to mandate filial piety was in Jiangsu province where a local TV station reported that a farmer had kept his 100-year-old mother in a pigsty with a 200kg sow.

Last December, 94-year-old Zhang Zefang won her suit against her four children for financial support and care. They were ordered to split her medical bills and take turns to look after her. Due to their own financial problems, the siblings asked the youngest brother to take her in. He put her up in his garage - which was in a condition arguably worse than a pigsty. 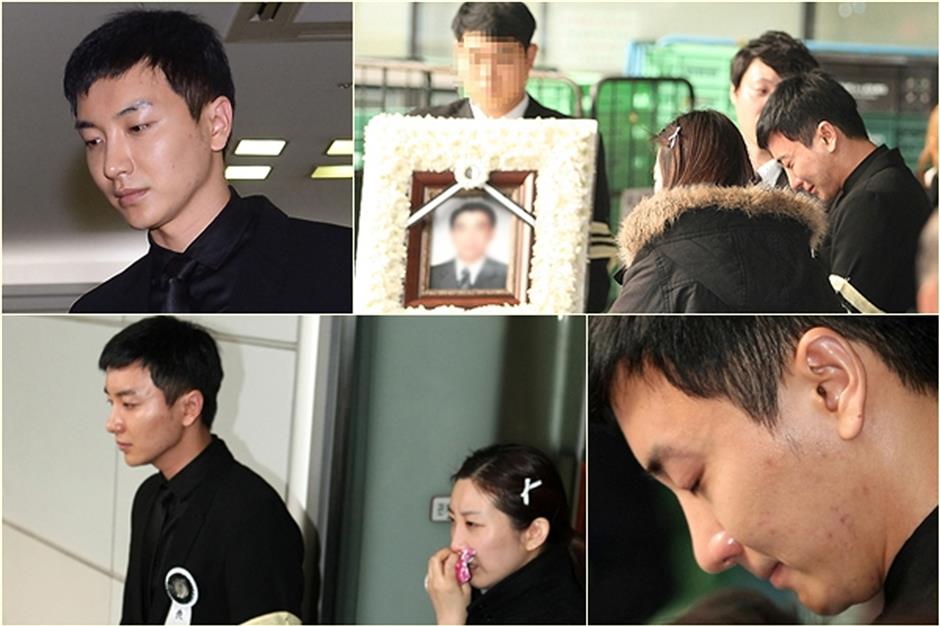 Whose responsibility is it to look after the aged?

A CRITICISM of the filial piety law is that it is an attempt by the government to pass the buck of elderly care to the people with the growing size of the ageing population and escalating costs of healthcare, property and general living.

Another concern is for those who were abused by their parents when they were younger – should they be legally bound to care for the abusive parents?

Recently, the father of K-pop idol group Super Junior leader Leeteuk hanged himself after killing his own parents.

He reportedly suffered from depression due to the overwhelming financial and emotional burden of caring for his elderly parents who had dementia.

The high publicity case has sent the republic into a national debate on the public support system available for carers and relatives of the elderly suffering from serious illnesses, especially Alzheimer’s and Parkinson’s diseases.

In New York last week, a group of 70-something Korean-Americans were evicted from a McDonald’s restaurant for overstaying – they reportedly hogged the tables at the eatery from 5am until dark every day, affecting its business. The senior citizens are not homeless; they just have no other place to hang out together! In Japan, filial piety is embodied in various statues called kohyo no zou (filial piety statues) around its public buildings and temples. One of the most famous statues is that of Nippon Foundation founder Ryoichi Sasakawa carrying his elderly mother up the stairs of a temple.

In China last year, Guangzhou Daily highlighted the filial heroics of a 26-year-old man who pushed his disabled mother for 93 days in a wheelchair for a holiday at a popular tourist site in Yunnan Province.

FILIAL piety is a key virtue in cultures rooted in Confucianism such as that of China and South Korea. It is defined as respect for one’s parents and ancestors. However, the concept is well-ingrained in many other cultures too.

Known as seva in the Indian culture, filial piety is demonstrated at various traditional ceremonies including weddings where the young would serve milk to the elders and wash their feet.

In the Malay culture, the tale of Si Tanggang is used to caution the young on the consequences of filial impiety.

Si Tanggang is a poor young boy who goes off to sea in search of his fortunes. He promises to return for his mother when he makes something of himself. However, when he gets rich, he forgets her. When he returns after many years, she rushes to the shore with his favourite dish, but Si Tanggang is so ashamed of his poor mother that he refuses to acknowledge her. Worse, he orders his men to throw her off his ship. Heartbroken, Si Tanggang’s mother prays for God to turn him into stone.

For the Muslims, filial piety is asserted in various Quran verses and Hadith. A common reminder is “Heaven is at the bottom of your mother’s feet.”

Similarly, in the Jewish and Christian traditions, filial piety is asserted in various instances of their holy texts, such as the Fifth Commandment which says “Honor your father and your mother”.