Groups against law forcing kids to look after parents

EXCLUSIVE: PETALING JAYA: Despite the recent horror of the elderly being abandoned at an old folks home in Kuala Lumpur, advocacy groups and experts are against legislation to compel children to take care of their aged parents.

Prof Dr Tengku Aizan Hamid said having laws, such as Singapore’s Maintenance of Parent Act, was not the way forward for Malaysia.

“I am not too keen on it. It’s not a natural thing to have to force children to look after their parents,” said the director of the Institute of Gerontology at Universiti Putra Malaysia, which conducts research on aging.

Aizan said some parents, who find themselves abandoned, could be reaping what they sowed and added that those who neglected their children when they were young should not be surprised if they get the same treatment, when they were old.

The National Council of Senior Citizens Organisations Malaysia (Nacscom) president Datuk Dr Soon Ting Kueh said having such a law had been debated a few times before.

“We feel filial piety is a responsibility which should be promoted with values, culture and education,” he said, adding that Malaysia had not reached a stage where such a law is needed although he added that Nacscom could review its stand in the future.

Bar Council Human Rights Commitee co-chairman Andrew Khoo said all societies wrestle with the problem on how to accommodate their senior citizens and Malaysia should proceed carefully on whether to make such a drastic law mandatory.

He said the issue was a multi-faceted problem and added that there should be greater examination on what role the state should play in providing a social security net for seniors. 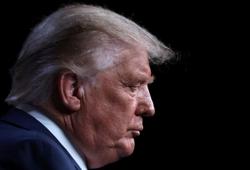