He was one of five senior citizens found living in deplorable conditions in an abandoned old folks home at Taman Wahyu in Kuala Lumpur last week.

Having lived in filth with nearly two months without piped water, the newfound comforts at the Kuala Kubu Baru Hospital are a luxury he does not want to lose.

“I am afraid of where they are going to move me. Please don’t send me somewhere else,” said the senior citizen, who could not remember his full name or age.

Lau Looi said he was born in Ipoh and worked as a contractor before he was divorced and separated from his wife and children.

“My son and daughter used to visit me, but not anymore. I cannot remember when was the last time I saw them,” Lau Looi said, adding that he had moved to several different homes under the Mercy Welfare Society for over five years. 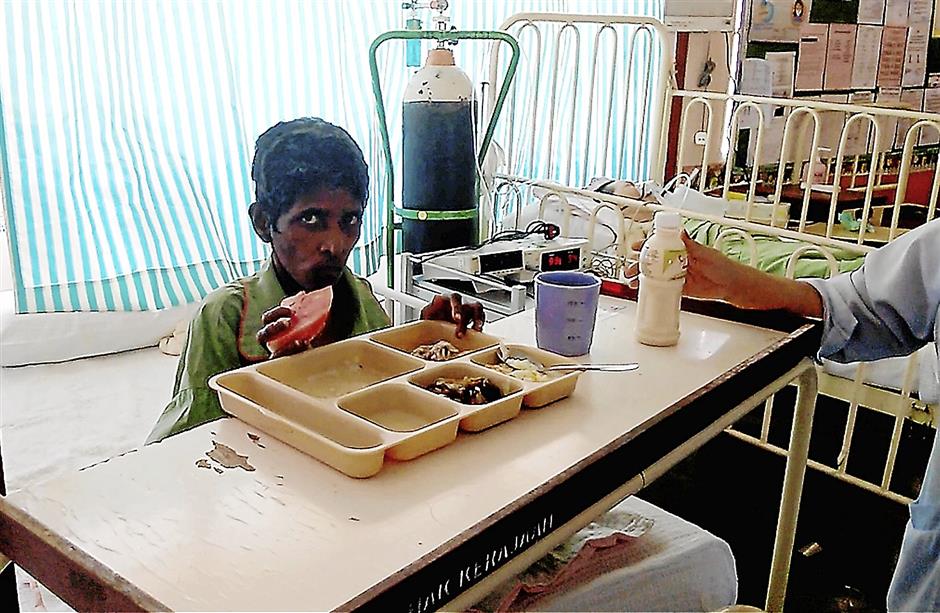 He said there were many other residents in the old folks homes that he went to.

“At Taman Wahyu, the owner told us that we would be transferred to a new home in Batang Berjuntai and that the place we were staying in was only temporary.”

The owner, whom he described as a fat, bespectacled pastor, would come every now and then with packed food and bottled water.

“When he did not come, we could not bathe or eat. All day we did nothing, just slept and waited,” Lau said.

The five senior citizens, believed to be between 50 and 66, were found by neighbours living in squalor after they heard “strange noises” from the house that they thought had been abandoned.

Hospital staff said the five did not have any proper documents or identification and could not remember their full names or their history in detail.

The four at the hospital are Lau Looi, Jessica, Ah Meng and P. Muniandy.

Sixty-six-year old Leong Soo Ah has since been reunited with her family.

Kuala Kubu Baru Hospital director Dr Jasmeet Singh said the patients were transferred from the Selayang Hospital while waiting for the Welfare Department to find a permanent place for them to stay.

“They were unkempt but mostly healthy, except for Jessica, who is bedridden. They will be given psychological treatment and physiotherapy, as well as proper care during their stay here,” he said.