PETALING JAYA: Thousands of protesters poured into Dataran Merdeka to cry foul over price hikes, but in the end they joined the thousands of revellers for the countdown to usher in 2014, minus the customary fireworks.

Although the performances by the Kuala Lumpur City Hall Orchestra and other artistes had to be cut short after some unruly people threw water bottles onto the stage, the New Year’s party went on without any other untoward incident.

However, the presence of the protesters meant that the usual fireworks display was cancelled.

While police presence was visible, there were no roadblocks in roads leading to Dataran Merdeka and nobody was arrested despite the seizure of several sharp objects. 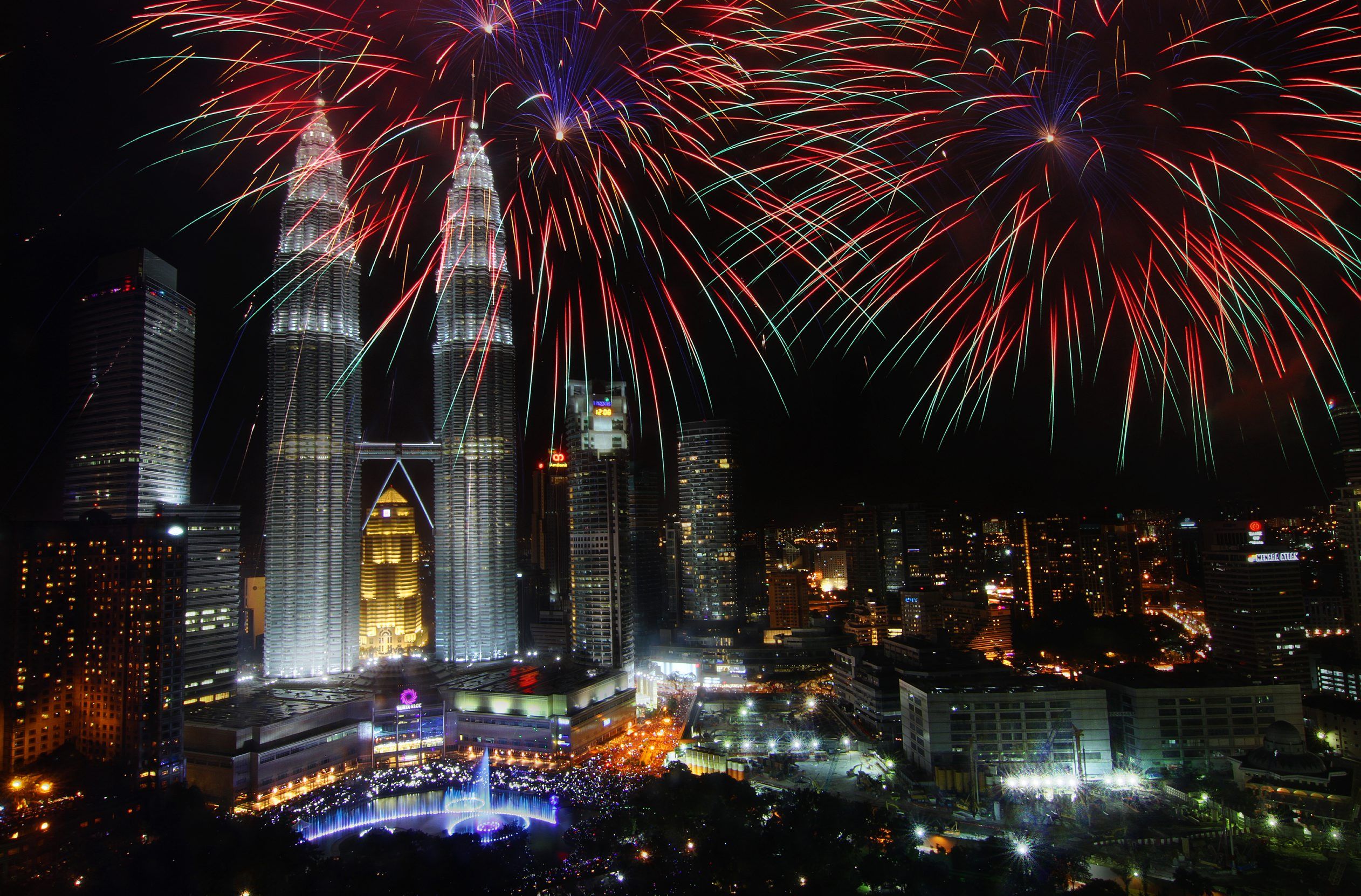 
"Our objective is to let the revellers have their fun.

"The New Year’s Eve countdown and celebration is an important event every year and we are there to ensure the safety and security for all," said Dang Wangi OCPD Asst Comm Zainuddin Ahmad.

The huge crowds dispersed peacefully after the New Year countdown and watched the fireworks at nearby Bukit Aman.

At a press conference later, ACP Zainuddin said four parang and three knives had been found at nearby Dayabumi earlier in the evening. Two policemen were also hurt when protesters breached the police cordon.

Elsewhere in the Klang Valley, including KLCC, the parties went on smoothly.

In Putrajaya, about half a million people gathered to usher in the New Year, complete with a 10-minute fireworks display at the stroke of midnight. 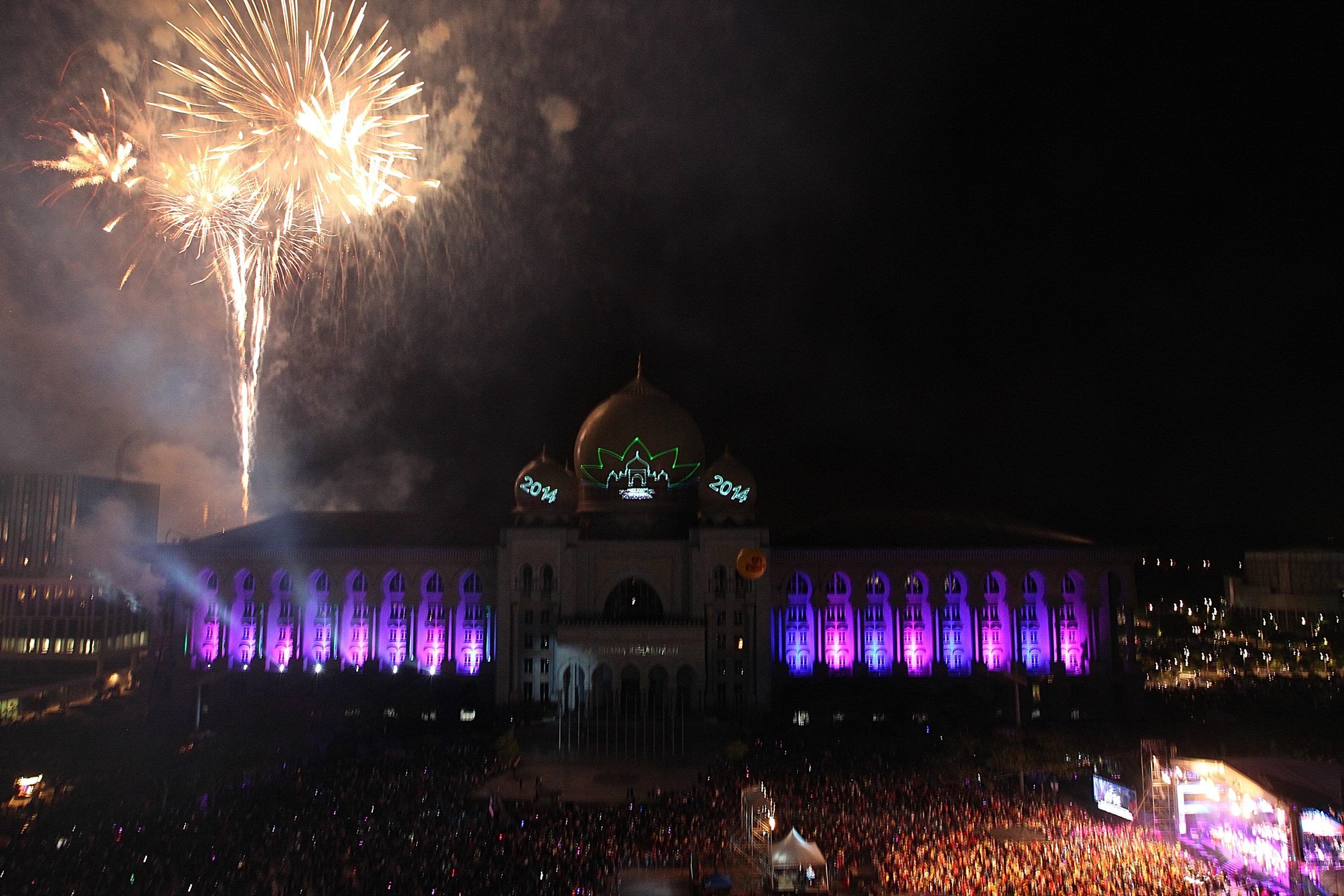 
The crowd was earlier entertained by multicultural groups such as the Sazlan Dancers and the Malaysian Drum Symphony.

In Shah Alam, thousands of revellers were treated to two dazzling fireworks at the i-City New Year’s Eve countdown celebration.

The party started with the first LED display at about 8.30pm which lit up the night sky.

There were also performances by lookalikes of Michael Jackson, Psy, Marilyn Monroe and Fan Bingbing at the Red Carpet Wax Museum.

In Penang, thousands of merrymakers thronged seafront promenades, entertainment outlets and shopping malls to usher in 2014 with pomp and gaiety.

At the Esplanade, a wonderful five-minute display of fireworks at the stroke of midnight was the highlight of the state’s six-hour countdown celebration.

Top local artistes such as Bunkface, Tomok and Manifesto also put up a spirited performance to woo the crowd.

When 'Eyes of the World' came to a standstill