KUALA LUMPUR: A shareholder is suing Padiberas Nasional Bhd (Bernas), a corporate figure and two others for breach of agreement over the control and ownership of Bernas.

Ilustrasi Hikmat Sdn Bhd is claiming that several parties submitted proposals to the Government to purchase the shares in Bernas when it was to be privatised in the mid-1990.

It said that the Government agreed to the privatisation and named several parties, including the plaintiff, to be shareholders of a joint-venture company namely the Original Private Promoter to purchase Bernas shares from the Government.

It said that a privatisation agreement was executed between the Government and the Original Private Promoter on Jan 18, 1996.

Pursuant to the privatisation agreement, the shareholders of the Original Private Promoter were to consequently determine control and direction of Bernas.

It is contending that Syed Mokhtar and his nominees are not entitled to assume complete ownership of Bernas.

It is claiming that the privatisation agreement, read together with the Shareholders Agreement, did not permit control and ownership of Bernas to be vested in a single individual.

Among others, it is seeking an order from the High Court that the previous control Original Private Promoter had over Bernas be restored.

Speaking to reporters yesterday, lawyers Mohd Firuz Jaffril and Mohd Rizal Bahari said the suit filed on April 9, has so far been served to Bernas and Tradewinds. 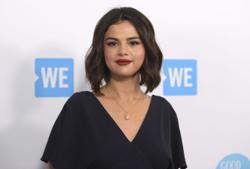