GREATER Kuala Lumpur, known as Klang Valley, is currently home to about 7.2 million people or more than a fifth of Malaysia's total population.

One of the fastest growing metropolitan cities in the region, 10 million people are expected to call this city home by the end of the decade.

This comes as no surprise since the capital of Malaysia has come a long way in becoming one of the most vibrant, modern and cosmopolitan cities among the emerging South-East Asian countries.

It is the city's economic lifeline that powers progress of Malaysia, a country that today sits right in the middle of the next high-growth region of South-East Asia.

The international business community has begun to sit up and take notice. Among the global brands that have already centred their regional operations or services in Kuala Lumpur are Hewlett-Packard, Siemens, Sony, BMW, IBM, Schlumberger, Shell and British American Tobacco.

Even more multi-nationals are lined up to invest in coming years, driven by investor-friendly policies, attractive tax incentives, strong investor protection and a general ease of doing business. These are the direct results of key government policies that have been enhanced over the years, especially with the Economic Transformation Program (ETP) in 2010.

Malaysia's ranking in A.T. Kearney's Foreign Direct Investment Confidence Index has moved up a staggering 11 spots to 10th in 2012, from 21st place in 2010 when the ETP was first implemented.

The overall ease of doing business in this country is consistently ranked as among the best in the world (12th, World Bank's Ease of Doing Business Report 2012)

But Kuala Lumpur has lofty ambitions the Greater Kuala Lumpur/Klang Valley's National Key Economic Area (NKEA) goals are to be both in the top 20 most livable cities list (EIU's Livability Index Survey) and the top 20 in the world for economic growth.

A key driver to achieve these goals is its capital markets, where Kuala Lumpur is the epicentre of the country's financial activity.

Putting Malaysia on the radar of global investors are a series of headline-grabbing, landmark IPOs with the likes of Maxis (2009), Petronas Chemicals Group (2010) and this year's Felda Global and IHH listings. Recently, the FTSE Bursa Malaysia KLCI market capitalisation scaled a new historic high on Nov 1, last year, at 1,675.69 points (or RM1.12 trillion market capitalisation).

More importantly, the Malaysian financial system has performed its intermediation function without disruption even during the height of the last global financial crisis.

The financial sector aims to leapfrog over its emerging South-East Asian neighbours to join the ranks of Singapore, Hong Kong and even London and New York as a world-class financial centre for the region.

Enter the The Tun Razak Exchange or TRX, KL's future financial district aimed at strengthening the country's position in the financial services sector and to be developed on a 70-acre land in the Jalan Imbi area fronting Jalan Tun Razak.

What began as an idea for the Kuala Lumpur International Financial District has evolved into something larger, comprising a gross development value of RM26bil and targeting tenants like top multinationals, financial institutions, support service firms as well as commercial and hospitality tenants.

The first phase of development is slated to open in 2016, to coincide with the completion of the first line of MRT system.

However, for Kuala Lumpur to harness its unique appeal, it must not lose its key differentiator, which is the “authenticity” of Malaysia.

Its true beauty and honesty come from the diversity and harmony of its old heritage and history against the new contemporary cultures of the Malay, Chinese and Indian communities, living, working and playing side-by-side.

As part of the NKEA in transforming Greater Kuala Lumpur, the capital's heritage trail project, costing RM39mil, kicked off at the end of the 2012.

Kuala Lumpur has increasingly become a shopper's paradise over the last decade. In the 2012 CNN Travel rankings for the world's 10 best shopping cities, KL comes in at fourth place.

Its score comes from its winning combination of high quality shopping, affordable prices and sales besides being home to the world's two largest malls.

Kuala Lumpur is also growing into a prime location for investors. In 2012, AT Kearney's annual report, titled Global Retail Development Index, ranks Malaysia at 11th spot as a destination for retail investments.

According to Mastercard International's Global Destination Cities Index, Kuala Lumpur is already on the world map as among the top 10 global destination cities in 2012.

The transformed Kuala Lumpur will be an international giant in its own right a globally competitive city of international commerce and infrastructure housing the world's best industry players.

It will be a magnet for international talent and various nationalities, filling up the estimated 4.2 million job opportunities in 2020 in what is hopefully one of the world's top 20 most livable cities.

This ambitious makeover is driven by one underlying aspiration - to turn our capital into a world-class city to live, work and play and be the Iconic City, symbolic of our country's 2020 vision, and a signal to the world that Malaysia has arrived. 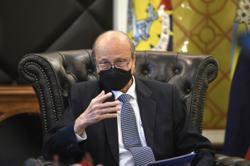