A new world: Plastic debris in the ocean has spawned a ¿plastisphere¿ of organisms that scientists fear may send ripples through the marine ecosystem.

An ecosystem of mankind’s own making could pose an ecological threat.

ELIZABETH Lopez manoeuvred a massive steel claw over the side of a 45m sailboat and guided its descent through swaying kelp and schools of fish 16km off the coast of San Diego, California. She was hoping to catch pieces of a mysterious marine ecosystem that scientists are calling the “plastisphere”.

It starts with particles of degraded plastic no bigger than grains of salt. Bacteria take up residence on those tiny pieces of trash. Then single-celled animals feed on the bacteria, and larger predators feed on them.

“We’ve created a new man-made ecosystem of plastic debris,” said Lopez, a graduate student at the University of San Diego, during the recent expedition.

The plastisphere was six decades in the making. It’s a product of the discarded plastic – shopping bags, flipflops, margarine tubs, toys, toothbrushes – that gets swept from urban sewer systems and river channels into the sea. Degraded plastic bags that have washed ashore in Sekincan, Selangor. A new man-made ecosystem of plastic debris is taking shape in the sea.

When that debris washes into the ocean, it breaks down into bits that are colonised by microscopic organisms that scientists are just beginning to understand. Researchers suspect that some of the denizens may be pathogens hitching long-distance rides on floating junk. Scientists also fear that creatures in the plastisphere break down chunks of polyethylene and polypropylene so completely that dangerous chemicals percolate into the environment.

“This is an issue of great concern,” said Tracy Mincer, a marine geochemist at the Woods Hole Oceanographic Institution in Massachusetts. “Microbes may be greatly accelerating the weathering of plastic debris into finer bits. If so, we aren’t sure how zooplankton and other small creatures are responding to that, or whether harmful additives, pigments, plasticisers, flame retardants and other toxic compounds are leaching into the water.”

About 245 million tonnes of plastic is produced annually around the world, according to industry estimates. That represents 31.5kg of plastic annually for each of the 7.1 billion people on the planet, scientists say.

The waste gathers in vast oval-shaped ocean “garbage patches” formed by converging currents and winds. Once trapped in these cyclonic dead zones, plastic particles may persist for centuries. The physiological effects of visible plastic debris on the fish, birds, turtles and marine mammals that ingest it are well-documented: clogged intestines, suffocation, loss of vital nutrients, starvation. The effects of the minuscule pieces that make up the plastisphere are only beginning to be understood.

Edward Carpenter, a professor of microbial ecology at San Francisco State University, first reported that microbes could attach themselves to plastic particles adrift at sea in 1972. He observed that these particles enabled the growth of algae and probably bacteria and speculated that hazardous chemicals showing up in ocean animals may have leached out of bits of plastic.

Carpenter’s discovery went largely unnoticed for decades. But now, the scientific effort to understand how the plastisphere influences the ocean environment has become a vibrant and growing field of study. From Woods Hole to the University of Hawaii, scientists are collecting seawater and marine life so they can analyse the types, sizes and chemical compositions of the plastic fragments they contain. Their findings are shedding new light on the ramifications of humanity’s addiction to plastic. 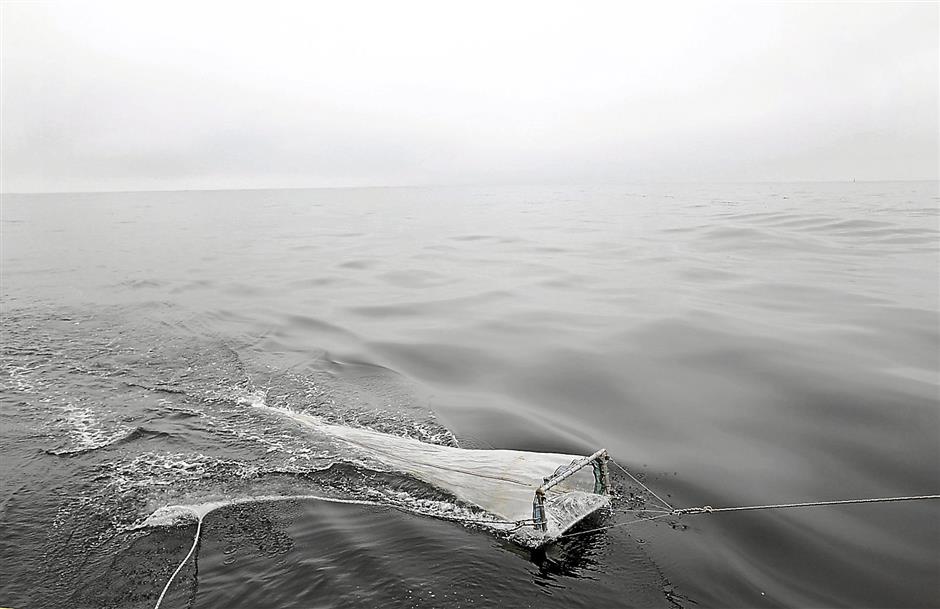 A fine mesh net called a neuston net collects samples of animal and plant life at the sea surface as it is towed.

“We’re changing the basic rhythms of life in the world’s oceans, and we need to understand the consequences of that,” said marine biologist Miriam Goldstein, who earned her doctorate at University of California San Diego’s Scripps Institution of Oceanography by studying plastic debris in the Great Pacific Garbage Patch between Hawaii and California.

In October, Goldstein and oceanographer Deb Goodwin of the Sea Education Association in Woods Hole reported that one-third of the gooseneck barnacles they collected from the garbage patch had plastic particles in their guts. The typical fragment measured 1.4mm across, not much bigger than a piece of glitter, according to their report in the journal PeerJ.

Some of the barnacles had bits of plastic in their faecal pellets too. That finding led Goldstein to speculate that some of the 256 barnacles that were plastic-free when they were captured by researchers had probably eaten plastic at some point in their lives but cleared it from their systems. Since crabs prey on barnacles, the plastic the barnacles eat may be spreading through the food web, Goldstein and Goodwin reported.

Fish that ingest plastic debris tend to accumulate hazardous substances in their bodies and suffer from liver toxicity, according to a study published in the journal Scientific Reports. Not only was the plastic itself dangerous, so too were the toxic chemicals the plastic had absorbed.

The plastisphere isn’t limited to oceans. In 2012, a team of researchers discovered microplastic pollution in the Great Lakes – including high volumes of polyethylene and polypropylene “microbeads” used in facial cleansers.

Other scientists, including Mincer of the Woods Hole institution and microbial ecologist Erik Zettler of the Sea Education Association, spent three years coming up with the first comprehensive description of microbial communities that colonise plastic marine debris.

The researchers used fine-scale nets to skim plastic particles from more than 100 locations in the Atlantic Ocean, from Massachusetts to the Caribbean Sea. Using scanning electron microscopes and gene-sequencing techniques, they identified more than 1,000 different types of bacteria and algae attached to seaborne plastic, according to their report in June in the journal Environmental Science & Technology.

Of particular concern was a sample of polypropylene not much larger than the head of a pin. Its surface was dominated by members of the genus Vibrio, which includes the bacteria that cause cholera and other gastrointestinal ailments. 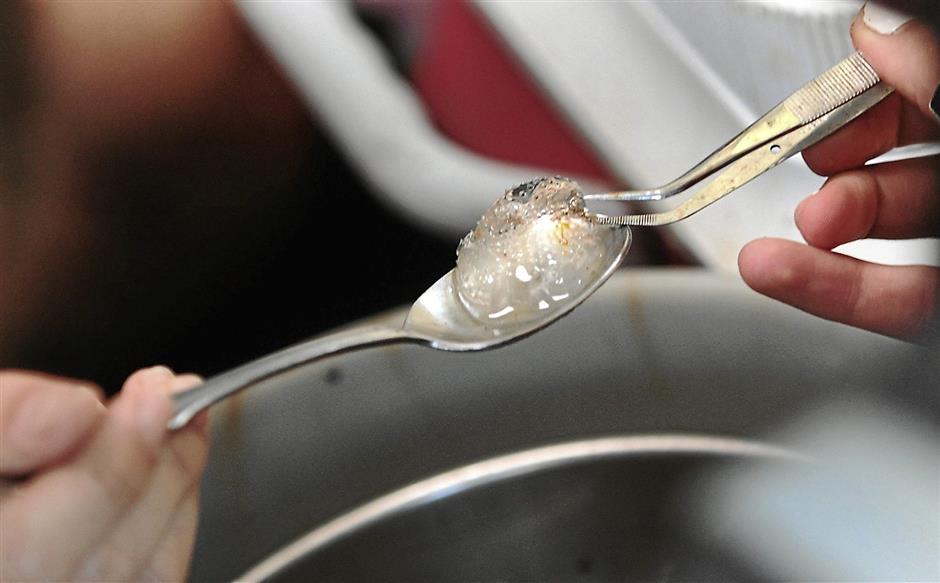 In a research on the effects of plastic waste, students from the University of San Diego use tweezers and a spoon to gather specimens of weathered plastic retrieved from the sea.

These potential pathogens could travel long distances by attaching themselves to plastic debris that persists in the ocean much longer than biodegradable flotsam like feathers and wood.

The team is now comparing microbial communities on plastic debris collected in the North Pacific and North Atlantic oceans, trying to understand the bacteria that feed on their waste products, and predators that feed on all of them.

“Each one of these plastic bits is a circle of life – one microbe’s waste is another microbe’s dinner,” Mincer said. “We want to know more about how some microbes may be hanging out on plastic trash, just waiting to be eaten by fish so they can get into that environment.”

Meanwhile, in San Diego, Lopez and her colleagues are examining the samples they collected under powerful microscopes and removing tiny bits of plastic for classification and chemical analysis.

Their findings will be shared with the Southern California Coastal Water Research Project, a public research institute that monitors urban pollution.

“These microplastic worlds right under our noses are the next ocean frontier,” said Drew Talley, a marine scientist at the University of San Diego.

“It would be a crime not to investigate the damage they might be doing to the oceans and to humans. – Los Angeles Times/McClatchy Tribube Information Services