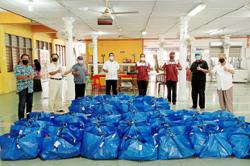 KUCHING: The Armed Forces have not detected any movement of militants across the border between Sarawak and Kalimantan so far, Army 1st Division commander Mej Jen Datuk Ranjit Singh Ramday said.

He said the Malaysian Armed Forces cooperated with their Indonesian counterparts to patrol the border, mainly to control smuggling and illegal immigration.

“So far we have not detected any militants along the border as yet. But we know there are militants in both Indonesia and Malaysia and the government is dealing with it,” he told reporters after launching a Malindo exercise between Malaysian and Indonesian army personnel at Penrissen Camp here on Wednesday.

Mej Jen Ranjit said the rise of militancy affected all countries, including Indonesia and Malaysia, requiring security forces to be prepared to face it.

“We must understand that the armed forces of any country must be prepared to deal with any situation as and when it arises, so we keep on training,” he added.

In addition, he said they were testing their standard operating procedures (SOP) in running bilateral operations.

“We will continue this cooperation to enhance our military efficiency between both countries in case we have to face threats where we require each other’s assistance,” he said. 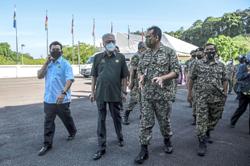