The wonders of kite fishing

KITE fishing — a combination of angling and kite flying — is sort of a new trend among the local anglers lately.

Although this method is not new as it had been recorded by Walter William Skeat during his journey across the Malay peninsula in the 1890s, in his book Malay Magic, An introduction to the Folklore and Popular Religion of the Malay Peninsula, kite fishing was used in Singapore by fishermen there to make a living.

In Malaysia today, this method is popular among the islanders, especially the Bajau Laut or sea gypsy community living on the east coast of Borneo.

Kite fishing is mainly for game fishing. It is effective for game fish such as trevallies, dorados, tunas, mackerels, sailfish and even marlins.

However, kite fishing is not as easy as it seems. It requires a lot of skill, especially in kite flying where one would be able to control and manoeuvre the kite from side to side to skim above the water.

There are minimal rigging and accessories needed for this type of fishing. 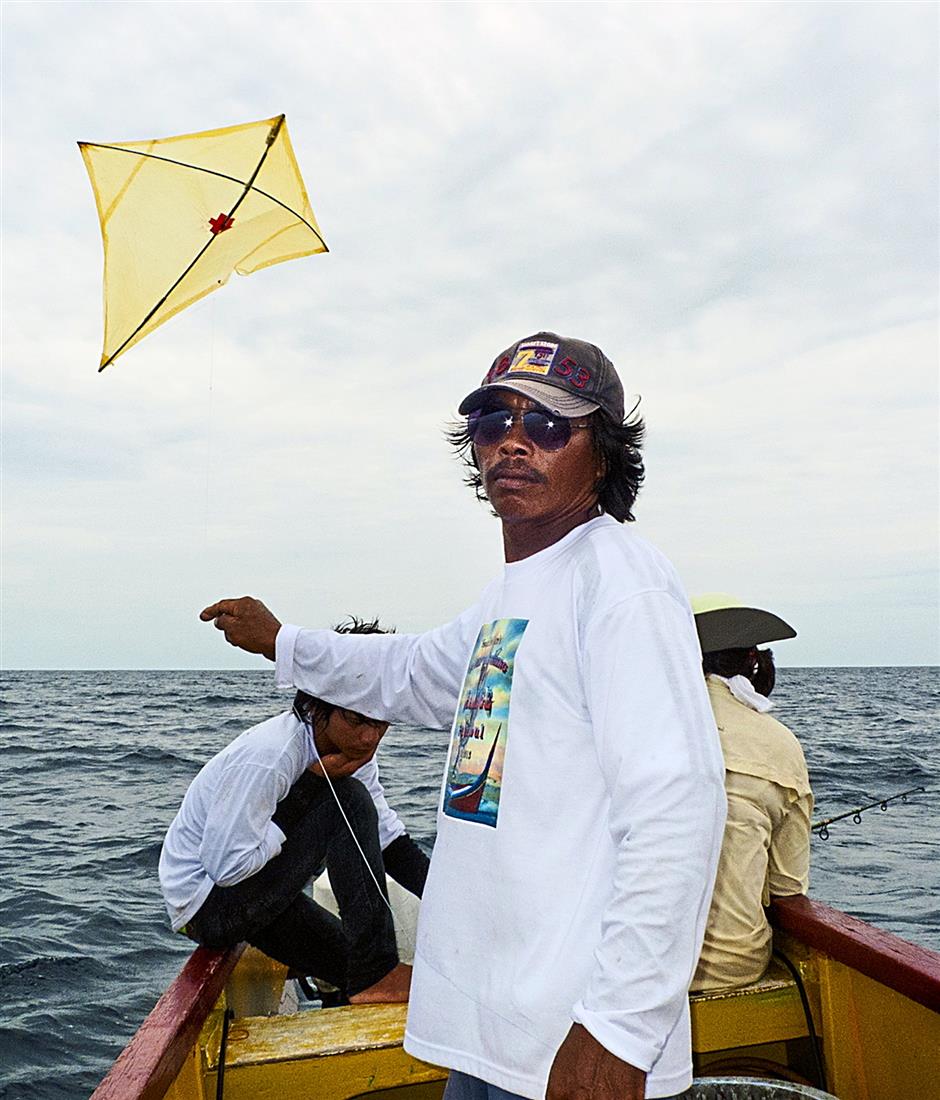 Kite fishing - a combination of angling and kite flying - is making a comeback. The Malay community in Singapore once make a living using this method.

The difference between kite flying and kite fishing is that there is an extension, attached to two small lures using the apollo rig method, on the main line to the kite.

The kite is then flown to a certain height with the two lures lowered into the water, drifting and moving it on the surface from one direction to another, just like retrieving the lures to attract the fish.

A 25lb to 30lb line is used to fly the diamond shape kite which is made from plastic and bamboo. Mabul island is an idyllic off Sabah's east coast.

Of course, the Bajau method is straightforward and simple. But the more sophisticated way of doing kite fishing is to have two lines attached to the kite — one to fly the kite and the other to fish.

The fishing line is attached to a release clip, allowing it to detach when a fish takes a bite of the lure.

There are also two ways to fight the fish when the line is taken — either with a rod or using the hand-line.

I travelled to Mabul Island in Sabah recently to learn from the Bajaus on how they fish using this flying method and was fascinated by how effective and simple the method is.

However, my biggest problem in flying the kite, as I found out, is controlling and manoeuvring it above the water in order to drift the lures on the surface. Jongkong is a  traditional long wooden boat used by the islanders living off the Sabah east coast.

I learned from my Bajau guide that they are good kite flyers because they were taught the art of flying it from a young age.

I must say the excitement in kite fishing kicked in when one of the lures was struck by an aggressive fish taking the lure and diving back into the deep.

There is definitely a big difference fighting with the fish directly from the main line minus any sinkers.

The fight is more aggressive and intense with the fish swimming further and deeper into the water.

What also fascinated me during this trip was the ride on a traditional jongkong boat in rough waters and how it was kept in a stationary position using a simple but effective outrigger to prevent the vessel from rocking.

High Court judge Datuk Douglas Primus, a fishing friend from Sabah and strong advocate of the jongkong, told me the vessel’s V-shape hull “cuts” the water easily, allowing it to travel faster and maintain its stability during the rough seas.

“As it is too deep to anchor anywhere in the Sulu Sea, the outrigger acts as a stabiliser to the wooden longboat during windy days and choppy waters,” he said.