PETER Marvey is one of those people you envy because he lives his life doing what almost everyone else in the world can only dream of — flying.

But a lot of work goes into his seemingly effortless gliding-in-mid-air illusions.

“I have been fascinated with flying since I was a child. It is also one of my favourite tricks to perform,” he said during a press conference after his Magician Without Limits show in Resorts World Genting recently.

It took him some seven years of study, design and practise before he perfected his signature piece known as “Dream Flying”, which is an illusion that is broken down into seven different flying systems. Back in school, Marvey created the levitating human illusion, something he still does with pizzazz and finesse till today.

Marvey said that flying was common in illusions but it becomes fresh and unique through different presentations.

This is something he excels in with previous performances including a horse-drawn flying coach for live television.

“Magic is a combination of fantasy and reality with the big illusions coming closest to our dreams. Examples include making women appear and disappear,” he said cheekily.

He also said that he has had to come up with new illusions within a day for a show while sometimes it takes years to marry fantasy, which is the vision, with reality that is the stage. 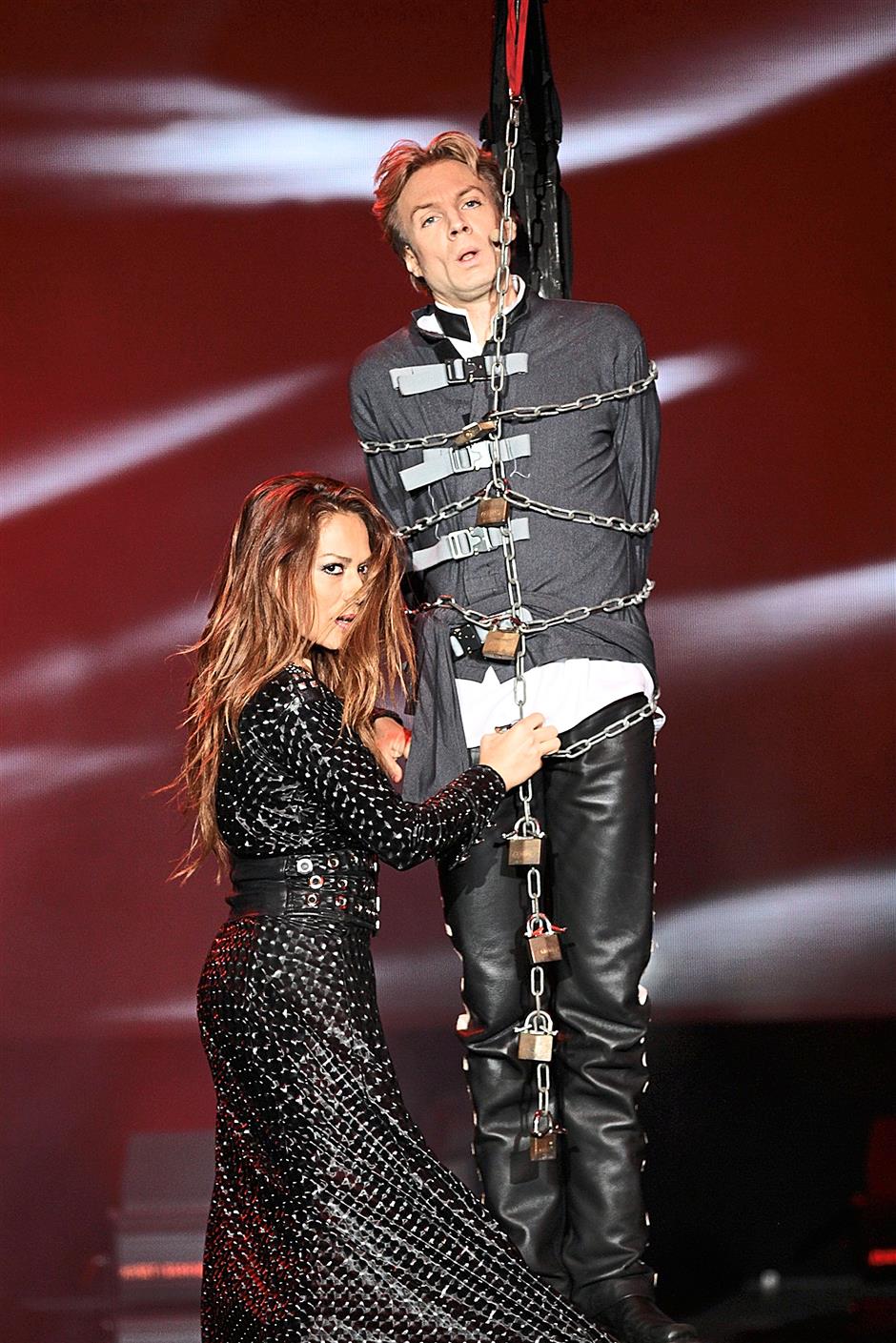 Locked and laced in a straitjacket is no obstacle for Marvey who whips off his restraints and exchanges position with his assistant in a flash.

Among the bag of tricks he has brought with him for the Genting show is Dream Flying and another favourite of his, the Diamond Illusion, in which he and his three beautiful assistants appear magically inside a glittering polygon suspended in mid-air.

His show is interspersed with fun moments with the help of volunteers from the audience, who will be invited to play card tricks and compete with his main assistant, Vivi Vega, for the title of Strongest Person. 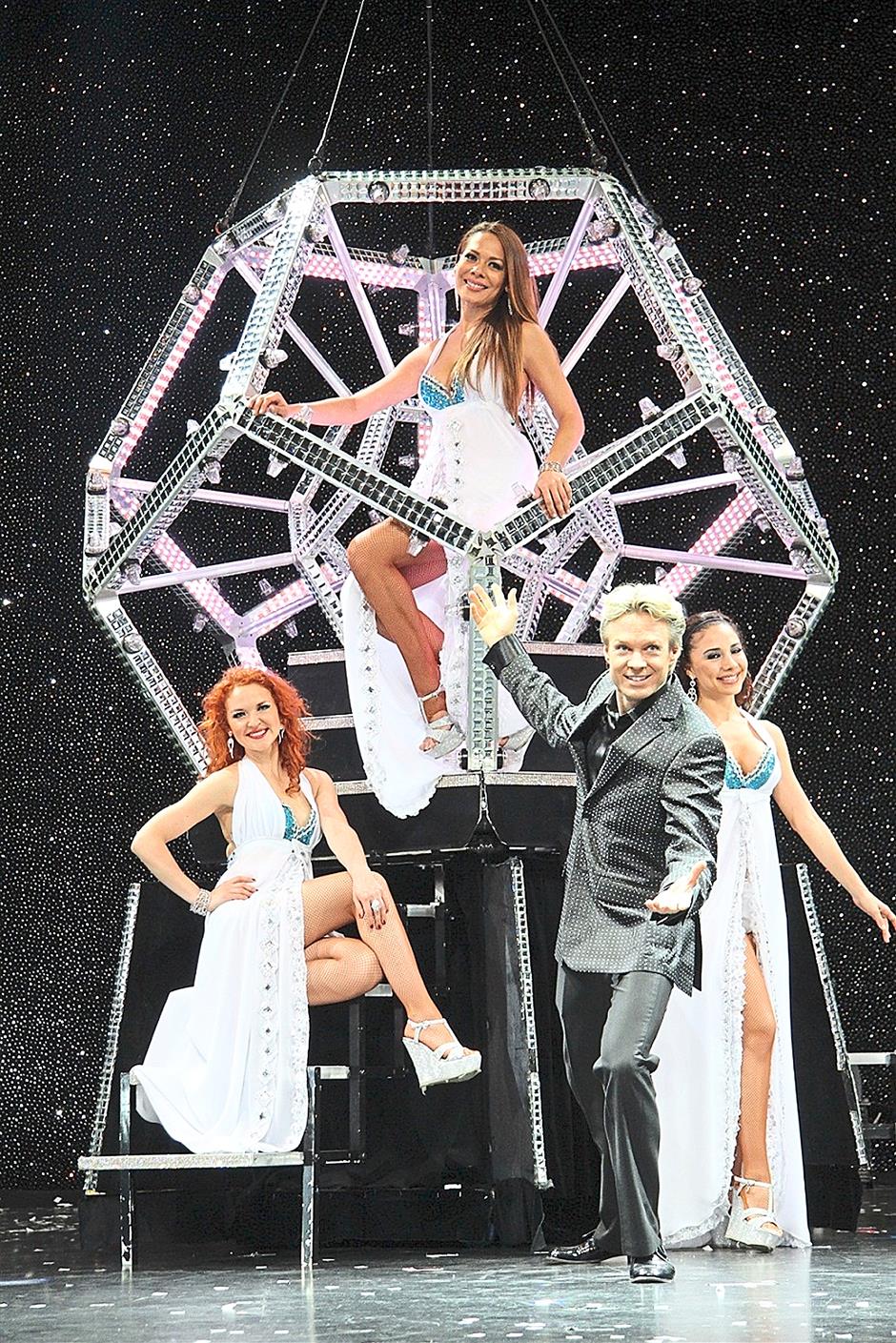 Marvey and his beautiful assistants in the Diamond Illusion that utilises the giant see-through polygon.

It is an entertaining show, in which Marvey, who knew from the start of his magical studies that illusions become incredible when visible apparatus is eliminated, pulls off a top class act that will keep you riveted.

Peter Marvey: Magician Without Limits at Resorts World Genting will be on daily from now until Nov 24 .