Ipoh Starwalk: 15,000 participants get a good workout during walk on Fathers Day

A SOMBRE mood prevailed at the start of the Ipoh Starwalk 2014.

As a mark of respect, the 15,000 participants bowed their heads and observed a minute of silence prior to flooding the streets along a 7km route early Sunday morning.

The walk was flagged off by state Sports Committee chairman Datuk Shahrul Zaman Yahya at Stadium Indera Mulia at about 7.10am.

About 40 minutes later, interior designer Kan John was the first to arrive at the finishing line, just as the last participants had left the starting line. A walker holding up a banner.

“I was walking with my family but I lost them somewhere along the way.

“I am an avid walker and this is my sixth time joining Ipoh Starwalk,” said the Pasir Puteh resident, adding that his family had tagged along since it was Fathers Day.

After seeing his son participating in the Ipoh Starwalk in the past, Lam Lip Seng decided to give this year’s edition a go.

And the 49-year-old has never been more pleased by his decision to join the event as it gave him the opportunity to spend quality time with his family members. Shahrul (blue T- shirt) walking together with the participants.

“This is a very good workout, especially for people my age. Just look at my sweat,” he quipped while pointing at his soaked T-shirt.

“I have been reading about the Ipoh Starwalk every year since it started and my son has been an active participant, so I figured that I will give it a try this year.

“I will definitely come back again next year,” he added.

Also participating in the walk for the first time was S.Vikneswaran, 49, and his family members.

The lawyer said he actually planned to participate in last year’s edition but missed the deadline. 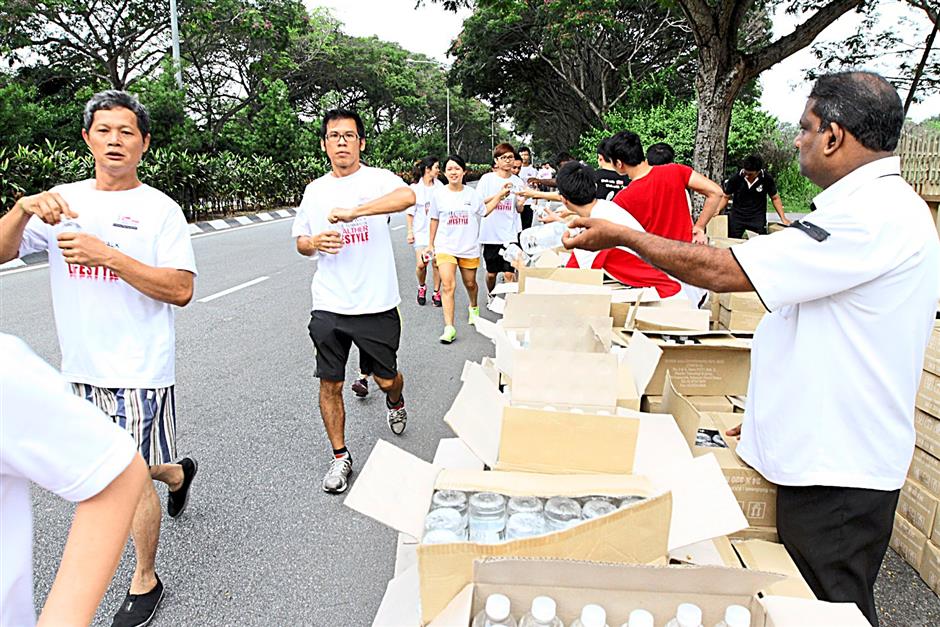 Walkers refreshing themselves during the walk.

“So this year I am glad that we managed to participate,” said Vikneswaran.

His wife, Shamani Shanmugam, 49, said it was also a nice way to celebrate Fathers Day.

“The great thing is that we do not need to spend so much!” she said while laughing.

Meanwhile, for Tan B.M. and his family, this is their second year joining the Ipoh Starwalk.

“Most of the time, we are busy with our work so events like this present a good opportunity for us to spend time together,” said the 51-year-old.

Manager Tan Bang Kiang, 40, brought along his wife, Kong Yin Theng, 38, and their two young children for the event.

Six-year-old Tan Ke Shen and four-year-old Tan Jing Luo, who despite having to wake up at 5.45am, were in high spirits and tagged along on a bicycle.

Kong said she and Bang Kiang had been participating in Ipoh Starwalk since the time they were dating and wanted to share the experience with their children. 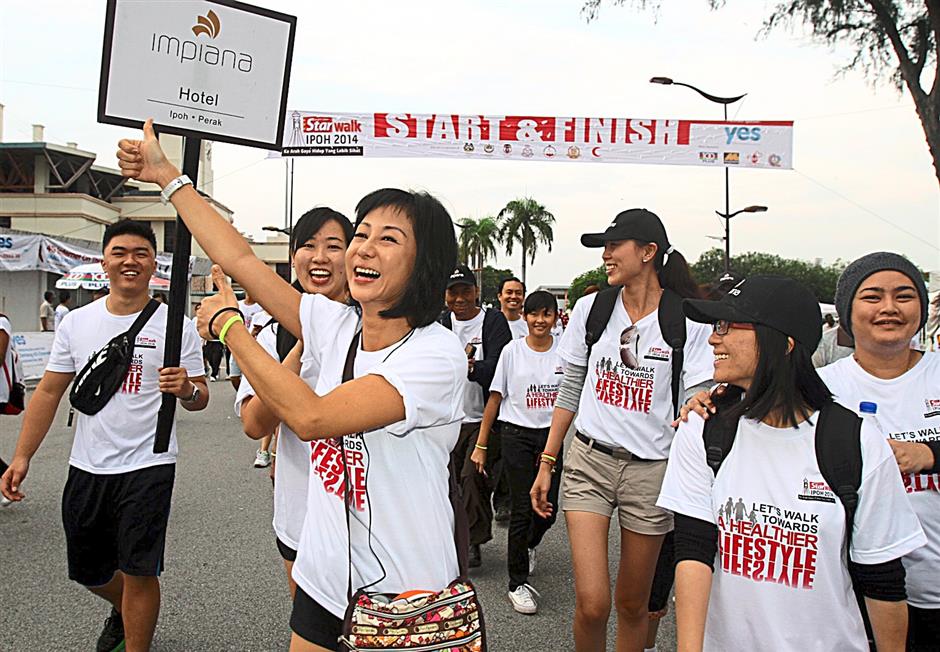 “We missed out over the last few years as the children were too young to attend.

“This time, however, we think they are ready for it,” said the housewife.

Having completed the walk, participants visited booths set up by event sponsors while some rested within the stadium, waiting for the lucky draw session to begin.

A total of 120 lucky draw prizes were given out, with the main prize being a three-day-two-night stay at the exclusive Pangkor Laut Resort worth RM5,000 by platinum sponsor YES. 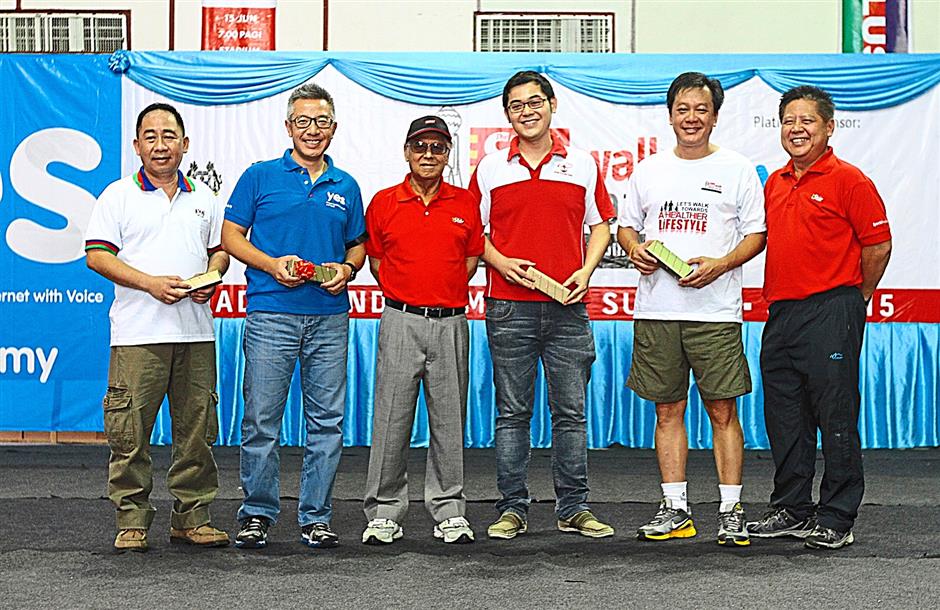 Ipoh Starwalk 2014 was organised by The Star in collaboration with Ipoh City Council, Perak Athletics Association and Perak Education Department.

The platinum sponsor for the walk was YES, while the silver sponsors were F&N, BP Healthcare, Magnum and Perak Education Fair.