Toughest rugby meet yet for schools

THE sixth edition of the Victoria Institution Premier Tens rugby tournament is all set for another round of action, promising to be its most competitive tournament yet.

This year’s tournament will feature 32 school teams, including two international teams from Singapore and South Africa.

Co-organised by the Victoria Institution Old Boys Association (VIOBA) , the two-day event will be held at the school’s field on April 5 and 6, from 8am to 6pm, and is open to the public.

The organisers said the selection process for participating teams was very strict this year because of the overwhelming response and need to ensure a high standard of play.

The main tournament will feature the under-15s and under-17s categories, with 16 teams in each category.

Additionally, there will also be an Under-12 category for the first time, featuring teams from four schools, as part of the club’s efforts to encourage participation at an earlier age.

The teams will slog it out through a round-robin stage on the first day and the qualifying teams will battle it out for the title in the knockout stage the next day.

The top teams will take home the challenge trophy, medals and hampers sponsored by Nestle, KFC and Canggih, among others. 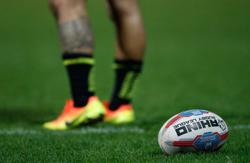