THE 2013 Fireball World Championship Series (WCS) of table soccer presented by Paktor recently took place at Farenheit88 mall in Kuala Lumpur, with the Malaysian national men’s team coming in third in the world behind Iran and Kuwait.

The tournament was supported by the latest mobile app for dating Paktor, MY Table Soccer, and the International Table Soccer Federation (ITSF).

A total of 21 countries took part in the highly contested leg of WCS, which had previously been held at various locations across Europe, the US and Asia.

Occupying the main concourse of Farenheit88, the tournament was fully run on Fireball tables, one of the internationally recognised tables by the ITSF.

Malaysia fared well in the tournament, with several players finishing in the top-three in the Pro Singles, Mixes Doubles, Pro Doubles, Women’s Singles and Women’s Doubles.

Easily the largest table soccer tournament to take place in Malaysia thus far, the 2013 Fireball WCS Malaysia served as a platform for nations to qualify for the World Cup of Table Soccer 2014, which will be held in France. 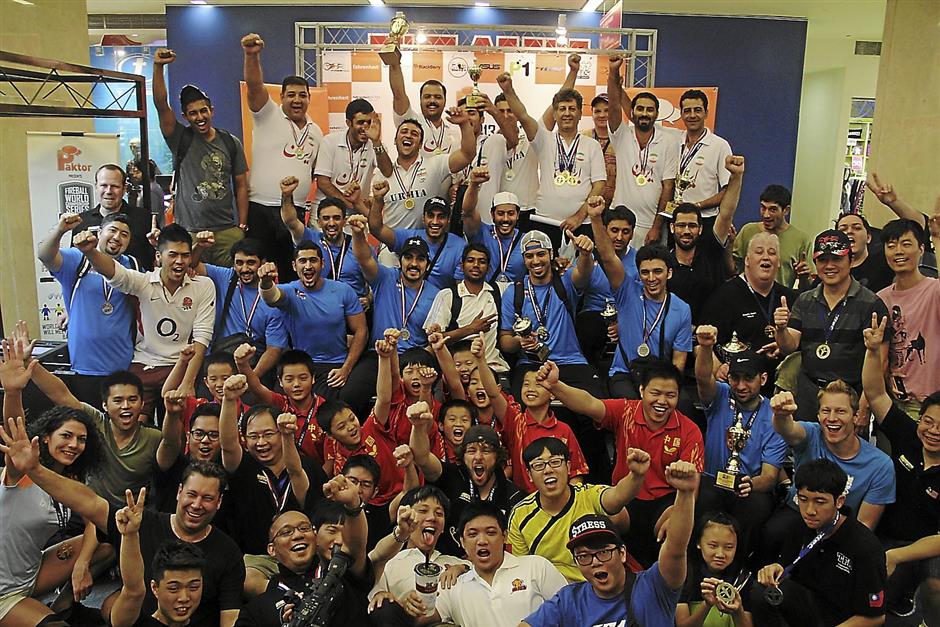 Sporting spirit: A group photo of the participants during the last day of the event.

Among the countries vying for this opportunity were Malaysia, China, Taiwan, Iran, Kuwait, India, UAE, Hong Kong, Denmark and Switzerland.

The tournament also served as a summit for the Asian table soccer federations, which was officiated by ITSF president Farid Lounas.

From the international dialogue session, ITSF is keen to establish Asia as a key focus for future development with the dream of bringing the world’s most prestigious table soccer tournament, the World Cup, to this continent.