MIRI: The 80,000-strong Catholic population in northern Sarawak will have a new “shepherd” to lead them. 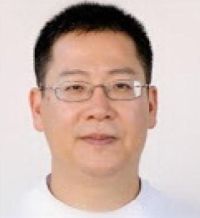 “Pope Francis has accepted the resignation from pastoral care of the diocese of Miri by Right Reverend Bishop Anthony Lee.

“The Holy Father (Pope Francis) has appointed Reverend Father Richard Ng of the Archdiocese of Kuching as the new Bishop of Miri.”

Ng is the current Rector of St Peter’s Major Seminary in Kuching (St Peter’s College located at the back of St Joseph’s Cathedral Kuching).

His appointment as the new Miri Bishop means he is one of the youngest bishops in the state and country.

Called for his comments yesterday, Ng said: “I will be happy to have an interview with you nearer my ordination date.”

His official ordination has been slated for January next year.

Lee, when met yesterday morning in front of the church here, also declined to be interviewed, saying the announcement from Pope Francis should be highlighted first.

A check with the Vatican official website shows that Ng’s appointment as the new Miri Bishop has been displayed as one of its latest world news items.