By ELAN PERUMAL and STUART MICHAEL

IN a move to curb rampant sand theft along the Selangor coastline, the Selangor Water Management Authority (LUAS) is engaging licensed dredgers to act as informers.

The move is aimed at checking on unscrupulous contractors who had been stealing sand from the state waters, said LUAS coastal section head Norfaezah Shamsuddin.

However, she said, LUAS felt that the strategy to seek information from dredgers that were allowed to transport sand from outside the Selangor waters into various stock piles around Westport and Northport would be useful to act against sand theft syndicates.

Norfaezah said some of the companies involved in dredging had volunteered to offer information to LUAS about the operations of sand- theft syndicates. 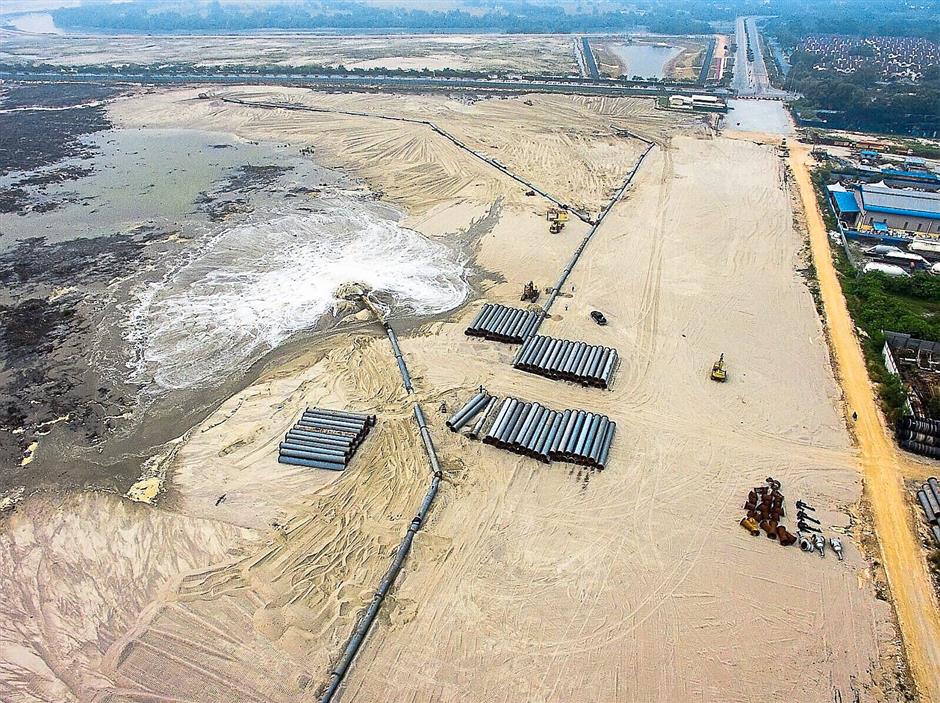 An aerial view of the suction pump pouring out sand on shore to level the area at the reclamation site in Pulau Indah.

So far, two dredging companies, she said, had came forward to offer information on sand-theft activity so far.

“This will certainly help us in our efforts to stop sand stealing which is costing the Selangor government a lot money.

“We are also concerned about the damage to the environment caused by these syndicates as sand dredging is not allowed within three nautical miles from the shore,’’ said Norfaezah during a enforcement exercise on-board the Chinese registered-vessel, TSHD Xin Hai Feng, which is licensed to carry out reclamation works at Pulau Indah. 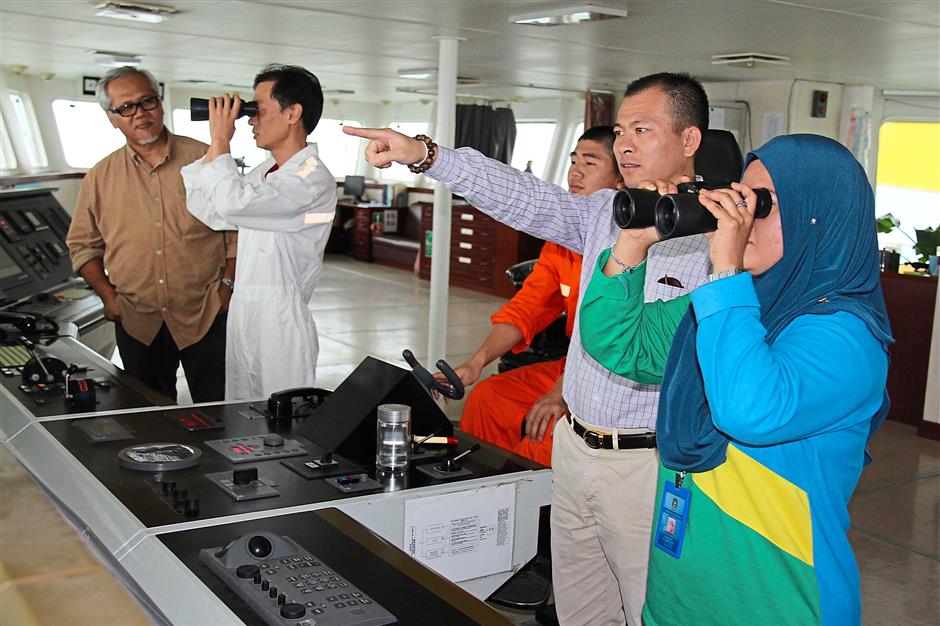 Norfaezah (right) looking through binoculars as Xue (second from right) points to other ships in the area while on-board the TSHD Xin Hai Feng vessel.

Norfaezah said the crew from the vessel had come forward to provide the authorities with information.

She said LUAS had a meeting with both the Malaysian and Chinese representatives of the dredger ship together with its agent Ramacon Corporation Sdn Bhd.

“They gave us information on some of the locations where sand stealing activity normally took place.

“However, we were not able to locate any of them during this exercise,’’ she said, adding that current hazy conditions could have resulted in the thieves laying off temporarily. 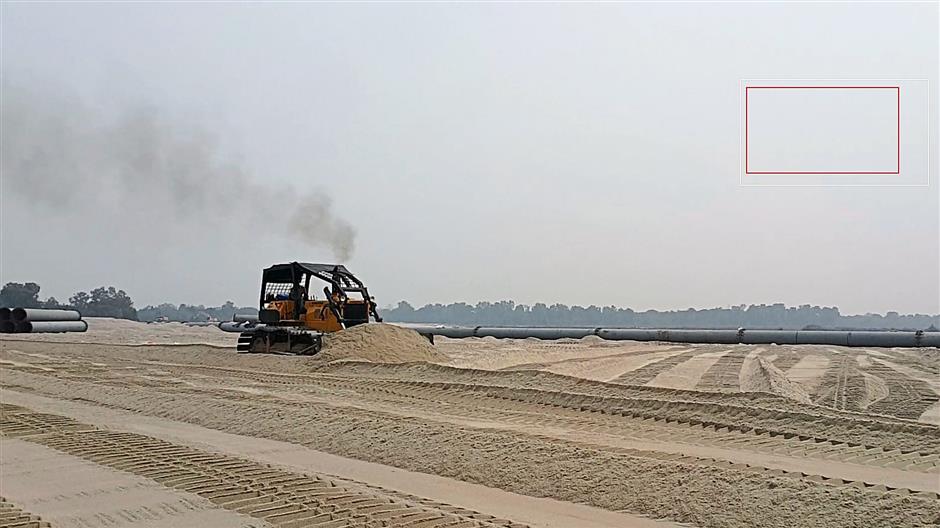 A tractor pushing sand on Pulau Indah where reclamation works are taking place.

“We do not condone illegal activity as it affects the image of the industry and also causes heavy losses to the state government.

“Our crew will look out for ships involved in illegal sand dredging activities and will record the ships’ names and pass them to the authorities,” said Xue.

StarMetro reported on Oct 5 that unscrupulous contractors were involved in illegal sand dredging from the state waters.

It reported that rapid development had been taking shape around Pulau Indah over recent years, which had resulted in rampant sand theft in the Selangor waters.