Stealth frigate: The Aconit will be docked at the Pork Klang Cruise Center till the morning of April 29.

The Aconit, a French stealth frigate, made a stop at the Port Klang Cruise Centre in Westport as part of a peace mission to Asia.

Commander Jean-Pierre Helluy, who was appointed captain of the ship last August, said the ship sailed from Toulon, France, on March 5 and arrived at Westport on April 22.

It will be moored in Port Klang until tomorrow.

“Malaysia is an important stop for us, as part of a security and peacekeeping exercise,” said Helluy who feted members of the media to fresh macaroons and orange juice before leading the group on a tour of the ship. 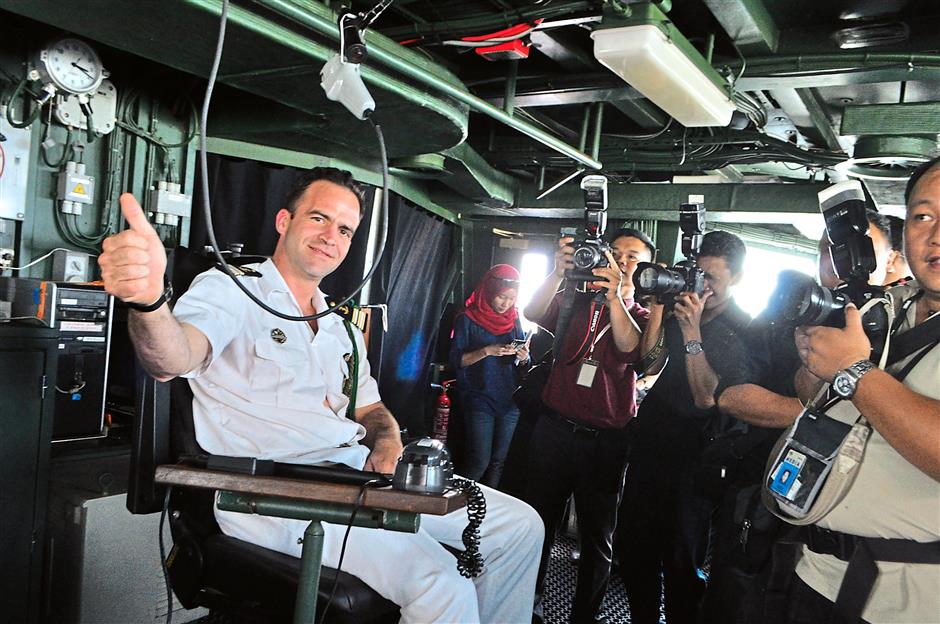 Thumbs up: Helluy in the captain’s chair on the Aconit’s bridge.

The presence of the frigate is part of the French government’s effort to protect its citizens in Asia-Pacific countries, whose number has increased by 220% in the last 20 years.

Helluy said the frigate, named after a poisonous flower, was commissioned in 1999.

“It was designed to offer security to French commercial ships, particularly in the Indian Ocean area where piracy is rampant.

“Armed with anti-ship and surface-to-air missiles, guns and a helicopter, the ship is designed to not only provide military support but take part in relief missions,” he explained.

On the way to Malaysia, the ship with its crew of 180 was reported to have performed an evacuation exercise to rescue some 60 people from a war zone in Aden. Gearing up: Frigate crew decking up in safety gear before a refuelling exercise. The level of preparedness allows them to act immediately in case of emergencies.

The operation was conducted with L’Adroit, another offshore patrol vessel. Those rescued were sent to Djibouti.

Helluy said the presence of the French navy in the Indian Ocean enabled it to deploy its ships to offer assistance within a week’s time.

“The deployment to South-East Asia is aimed at achieving the same level of security for French ships and vessels.”

Adding to the presence of the French Navy in this region is the Dixmude, an assault ship, in Johor, engaged in a military exercise with the Royal Malaysian Navy to combat piracy.

As of January this year, the International Maritime Bureau Reporting Centre has reported a slew of 18 fresh cases involving the boarding and hijacking of commercial ships. 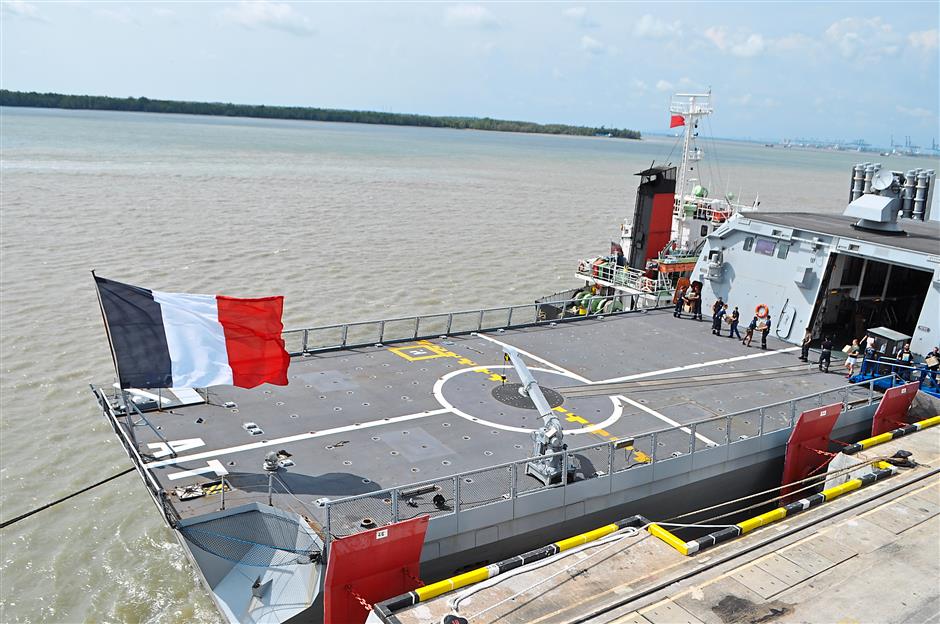 The Tricolore: The French flag flying at the Aconit’s helicopter landing deck.

The ongoing naval exercise between the French and Royal Malaysian Navy is a culmination of discussions made between Prime Minister Datuk Seri Najib Tun Razak and French defence minister Jean-Yves Le Drian on international security, terrorism and overall cooperation in the field of defence during the latter’s official two-day visit to Malaysia last November.

In the past 20 years, the involvement of France in the region has included East Timor under the International Task Force to diffuse conflict, providing assistance to countries hit by the 2004 tsunami and as part of a monitoring task force in Aceh in 2005.

According to French Embassy assistant attache of defence Fabrice Brousse, the geographical distance between Malaysia and France may be vast but any crisis or conflict occurring between the two countries will affect the interest of the other. Flying proud: The Jalur Gemilang flying from the Aconit’s mast.

“Therefore, it is crucial for the two countries to achieve a good level of collaboration when it came to defence strategies,” he said.

“Malaysia,” he added, “is seen as an ally of choice for its stand on maintaining harmony amidst a multicultural and multi-religious society.”