Big harvest: Section 8 residents getting together to harvest the vegetables they had cared for months.

SHAH Alam mayor Datuk Ahmad Zaharin Mohd Saad marked the first day of March to meet the community since becoming the head of the city.

He visited two residential areas under the Residents’ Representation Councils Zone 22 and planned to visit all 24 zones in Shah Alam to foster good ties with residents.

The visits also allowed the residents to talk to the mayor directly about their problems.

As early as 8.30am, Ahmad Zaharin joined residents of Pangsapuri Melati, Taman Bukit Serdang, cleared the flats of potential breeding spots of the Aedes mosquito.

He later toured Denai Alam and was briefed on the security concerns in the area.

Speaking to reporters, he said the crime rate had reduced in Denai Alam but some areas still struggled like in Jalan U16/96 where houses facing the main road had fallen victim to robberies.

During the Chinese New Year break, two houses were broken into.

“The houses are guarded but there’s no fencing or wall to separate the houses from the main road. Though the area is well lit, more needs to be done to curb crime,” he said, adding that MBSA would look into it.

In Denai Alam, he sat in during a briefing on community gardening by Gombak/Selayang district agriculture officer Abdul Razak Abdul Rahmah, to residents of Jalan Elektron U16/89.

As these residents came up on top in a few categories under the 2014 Mini ZeeBee competition last year, they were chosen to be part of MBSA’s latest project to promote community gardening in the city.

In the briefing, residents were taught to make organic compost and on the types of vegetables, fruits and herbs that are easily grown in one’s backyard. 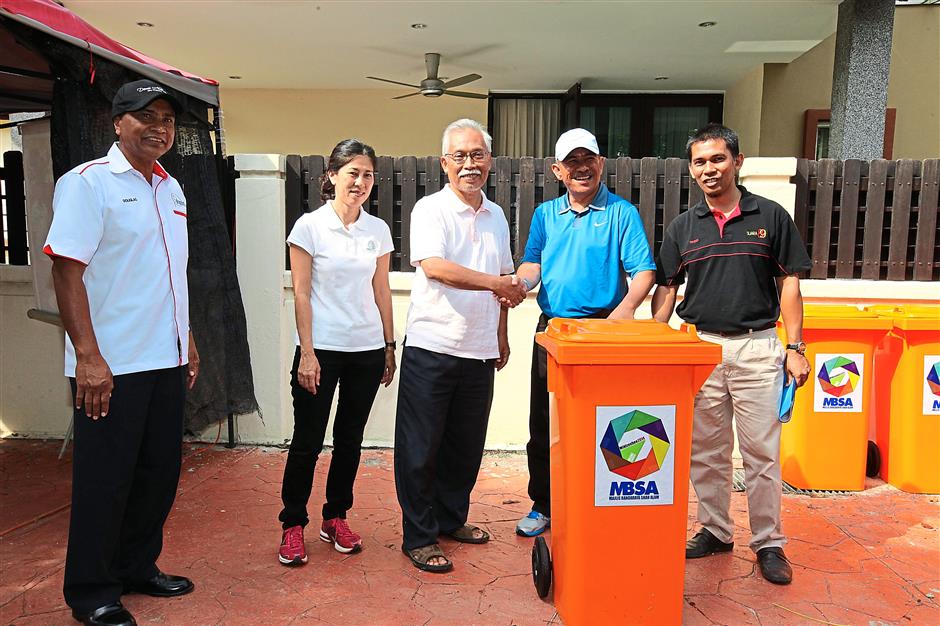 
They will begin planting their crops on a 0.4ha-land after cultivating them in polybags.

“The idea of the programme was to make Shah Alam a sustainable city and to ensure it is filled with greenery and to provide a platform for the community to get together for a good purpose,” said Ahmad Zaharin.

Section 8 residents were allocated 0.92ha of land by Tenaga Nasional Berhad and MBSA planned to extend it to a 5.67ha plantation site.

MBSA provided the crop seeds, fertiliser, installation of water drainage and gardening equipment, while the residents are left in charge of manning the crops.

Each plot is maintained by residents of each residential lane in Section 8 registered with the council.

The council had also set a monthly maintenance schedule to manage the community garden, as a guide for residents to carry out their responsibilities.

The community gardening proved to be a success as residents in Section 8 produced healthy crops.

After more than three months, the garden in Section 8 has 19 types of vegetation such as gourd, eggplant, okra, red spinach, long beans, pumpkin, cucumber, chilli and potatoes.

“We visited the garden last week and harvested about 300kg of crops,” he said.

The mayor added that crops harvested would be divided among the residents, and MBSA and that there were no plans to put them up for sale.

He announced that by May, four more locations — sections U5, U8, 31 and 32 — would be selected to start the community gardening programme.