The Government needs to vigorously implement the principles of the United Nations’ convention to end discrimination against women, which we ratified 20 years ago.

When her appointment as a temporary teacher (Guru Sandaran Tidak Terlatih) was revoked because she was pregnant, Noorfadilla Ahmad Saikin took the Government to court. This was not something most people would do, but Noorfadilla felt strongly that she had been unfairly treated and discriminated against.

It took two years before the case went to court. But in 2011, High Court judge Datuk Zaleha Yusuf ruled in favour of Noorfadilla, ordering the Government to pay the 33-year-old RM300,000 in damages for breach of her constitutional right to gender equality, RM12,907.68 for loss of earnings, RM2,296.10 for loss of EPF (Employees Provident Fund), RM912.71 for loss of EPF dividends, as well as RM25,000 for pain and suffering, and RM5,000 in costs.

More significantly, the judge referred to provisions under Convention on the Elimination of All Forms of Discrimination against Women (Cedaw), ruling that the refusal to employ a woman on the grounds of pregnancy alone is a form of gender discrimination and therefore unconstitutional under Article 8 of the Federal Constitution.

She said the Court had “no choice” but to refer to Cedaw in defining “equality” and “gender discrimination”, given that the Government had an obligation, having ratified the treaty, in ensuring the principles of Cedaw were adhered to.

It was a milestone judgment in the fight for women’s equality in Malaysia.

The promise of equality

Cedaw is an international human rights treaty that was adopted by the United Nations General Assembly in 1979 and ratified by Malaysia in 1995. To date, 188 countries have ratified the treaty.

Often referred to as the “women’s bill of rights”, Cedaw is an international standard for protecting and promoting women’s human rights. It is the only international instrument that addresses women’s rights within political, civil, cultural, economic and social life. Women organisations have been campaigning actively for more commitment towards ending violence against women.

It is a binding document which means countries that ratify the treaty are required to undertake measures (including drawing up laws and policies) to end discrimination against women in all forms and all areas, be it political, economic or social.

The countries then have to submit a report on their progress to the Cedaw committee every four years.

“Cedaw deals with discrimination in a very comprehensive way. It takes into consideration the reasons why women’s equality was not being achieved despite the existence of the universal declaration (of human rights) and two other binding treaties which had very specific provisions for women’s equality.

“Cedaw’s definition of equality is substantive, taking into account the fact that women come bearing baggage. It states very clearly that men and women are equal and whatever risks women may face because they are women is not their fault, but the fault of the environment that has created this vulnerability.

"Inherently, women are not vulnerable and it is the obligation of the state to remove any inherent risks in the environment that prevent women from being on par with men,” says women’s rights activist Shanthi Dairiam, who is the founder and director of the International Women’s Rights Action Watch – Asia Pacific.

Shanti has served on the UN’s Gender Equality Task Force and was also formerly on the Cedaw review committee.

“Take freedom of movement as an example. It is a violation of the state if the police arrests a man and locks him up without due process. But if a man were to lock up his wife in the house and didn’t allow her to step out, it is not seen as a violation. That is seen as personal or a family matter. There are many situations like this where men and women experience things differently.

“When I was actively on the ground working with women, I came across a woman who said that she’d (been punished for) going out to meet a friend without first getting “permission” from her husband. When she returned, her husband locked her out of their house and wouldn’t let her in. She went to the police station to lodge a complaint, but the officer there checked a reference book of all criminal acts stated under the penal code and said that it wasn’t a crime and he could not do anything. This woman had no freedom of movement, but this is not seen as a violation by the state,” says Shanti.

Because such treatment of women is not seen by the law as illegal, inequality continues to exist despite constitutional guarantees of equality.

This inherent difference is however addressed by Cedaw. Women organisations have been campaigning actively for more commitment towards ending violence against women.

“There is wisdom in the convention. A very simple example – a woman has no property in her name as everything is in her husband’s name. When she tries to get a bank loan, the bank needs collateral which she has none. She can’t get a loan. Technically, the bank is not discriminating against her because she is a woman – it is a neutral provision: everyone who wants a loan, man or woman, has to have collateral.

“But, because the woman has no property in her name, she can never get that loan. The Convention regards that as discrimination and states that you have to have a different rule, taking into consideration a woman’s circumstances.

“The bank cannot apply the same rule to man and women because her circumstances are different.

“Cedaw says that you have to treat men and women differently in order to make them equal. This is substantive equality. For whatever reason, if a woman is unable to exercise her right, it is discrimination,” says Shanti.

By signing the treaty, Malaysia has committed to implement measures to end discrimination against women in all forms. Unfortunately, the Government has been sluggish in its implementation. Countries that ratify the treaty are required to submit a report to the Cedaw committee every four years, detailing their progress or lack thereof in implanting changes that eliminate discrimination against women.

The committee will then include recommendations of various areas that should be addressed by the respective countries to ensure equality.

Malaysia ratified the treaty in 1995, but has not been very conscientious in its reporting – only one report (a combined initial report and the second report) was submitted back in 2006.

This, say women’s rights activists, shows a lack of commitment to incorporate the Convention into national law.

“The Government must take this more seriously. Otherwise, it is all very hollow. You ratify a treaty, but you don’t report. It’s not something we can be proud of.

“It’s been a good 19 years, but we still haven’t got a legal framework for equality which is one of the obligations under Cedaw. Although we have passed individual acts such as the Domestic Violence Act, it is not enough just to reform individual laws. We still have discrimination in other laws – women, for example, still cannot confer citizenship on their children if their husbands are foreigners. Our constitution does not guarantee us full equality,” says Shanti. In their second shadow report, Cedaw and Malaysia, which came out in 2012, the country’s non-governmental organisations note that since the review of Malaysia’s sole country report to Cedaw, there have been some changes in government policy. However, these are very piecemeal and have not led to a substantive change in the status of women’s human rights in the country.

“The central issue is that the Government has not incorporated Cedaw into national law. There is no gender equality legislation (that would) provide for the comprehensive realisation of substantive equality of women and men in both public and private spheres of life,” the shadow report states. The report was the collaborative efforts of 22 NGOs in the country.

It pointed out that the concerns raised by the Cedaw committee in their recommendations had not been addressed.

“As such, the term “discrimination” in the Federal Constitution has been left to the courts and the Government to interpret,” the report states.

While in Noorfadilla’s case the interpretation was progressive, it was more the exception rather than the rule.

The Convention, however, does not automatically ensure that women will get their rights. It is an instrument which has to be made use of effectively in practice.

Women’s groups in the country have been sending memorandums to the Government, asking questions and pushing for reforms.

However, Shanti feels that the public needs to get involved and demand that the Government make good of their commitments.

“In the case of failing to fulfil treaty and human rights obligations, the UN cannot take action. Citizens have to step up and make demands of their governments. We all have to be more alert and aware about why the obligations aren’t being fulfilled. We have to demand that they are. It is not just a woman’s issue. It is a human rights issue. It’s an issue for all Malaysians,” says Shanti.

“The moment I decided to pursue this case, I realised that this wasn’t about me. It was about women’s rights in this country. All Malaysians must learn and stand up for their rights,” she says.

Mohd Izwan adds: “The Government has a responsibility to eliminate discrimination, through its laws and policies. This has nothing to do with politics. It’s about basic human rights.”

Although the Government initially filed an appeal against the court’s ruling, they have since withdrawn the appeal.

Though her case is finally closed, Noorfadilla isn’t done.

“I want to help others as I have been helped. I was offered free legal aid by my lawyers Edmund Bon and Honey Tan ... without their support, I would not have had the resources to go through with the lawsuit. They did it without expecting anything in return,” she says.

Noorfadilla hopes to rally support among female parliamentarians to push the Government to amend Article 8(2) of the Federal Constitution on equality to eliminate gender bias in both the public and private sectors. Presently, the provision addresses only the public sector.

“There are so many women out there who have to face this injustice,” she said.

Mohd Izwan, too, has been inspired by Noorfadilla’s case and has decided to champion gender equality.

“I have started reading law part-time and I hope to help others who may not have the means to fight for themselves,” he says. Men, too, need to come onboard as gender equality is a human issue, and not just a women’s issue.

Around the region, governments have been collaborating with NGOs to fulfil their obligations under Cedaw and incorporate it in national laws to end discrimination against women.

> In Thailand, the constitution court found that forcing women to change their names after marriage was unconstitutional and violated the principle of equality.

> In the absence of a law on sexual harassment, the principles of equality and non-discrimination of the Convention were used by the Supreme Court in India to develop guidelines for employers to prevent and address sexual harassment in the workplace.

> Bangladesh has made significant amendments to their laws to include the provisions of Cedaw. This is largely attributed to the sustained activism of the country’s women’s movement, working with the judiciary to transform long-standing demands into reality.

Fighting for equality in Malaysia

Women , Convention on the Elimination of All Forms of Discrimination against Women , Cedaw , gender equality. 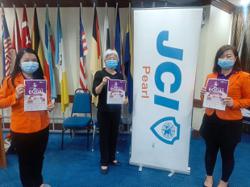 A sports bra made all the difference 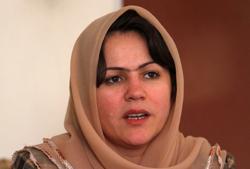