By Andrew Osborn and Jorge Cabrera

Miss South Africa Rolene Strauss is the new queen of the world, while Miss Malaysia Dewi Liana Seriestha places in the Top 25 and wins the talent competition!

Strauss clasped her hands together in surprise and was presented with the sash by the outgoing Miss World, Megan Young of the Philippines. The medical student sat in the winner’s throne as the 2013 champion put the glittering crown on her head before a fireworks finale in east London.

“South Africa this is for you,” said Strauss, a medical student who is currently studying towards her degree at the University of the Free State in Bloemfontein. “I think I will brace myself for what’s about to happen. It’s a huge responsibility.” 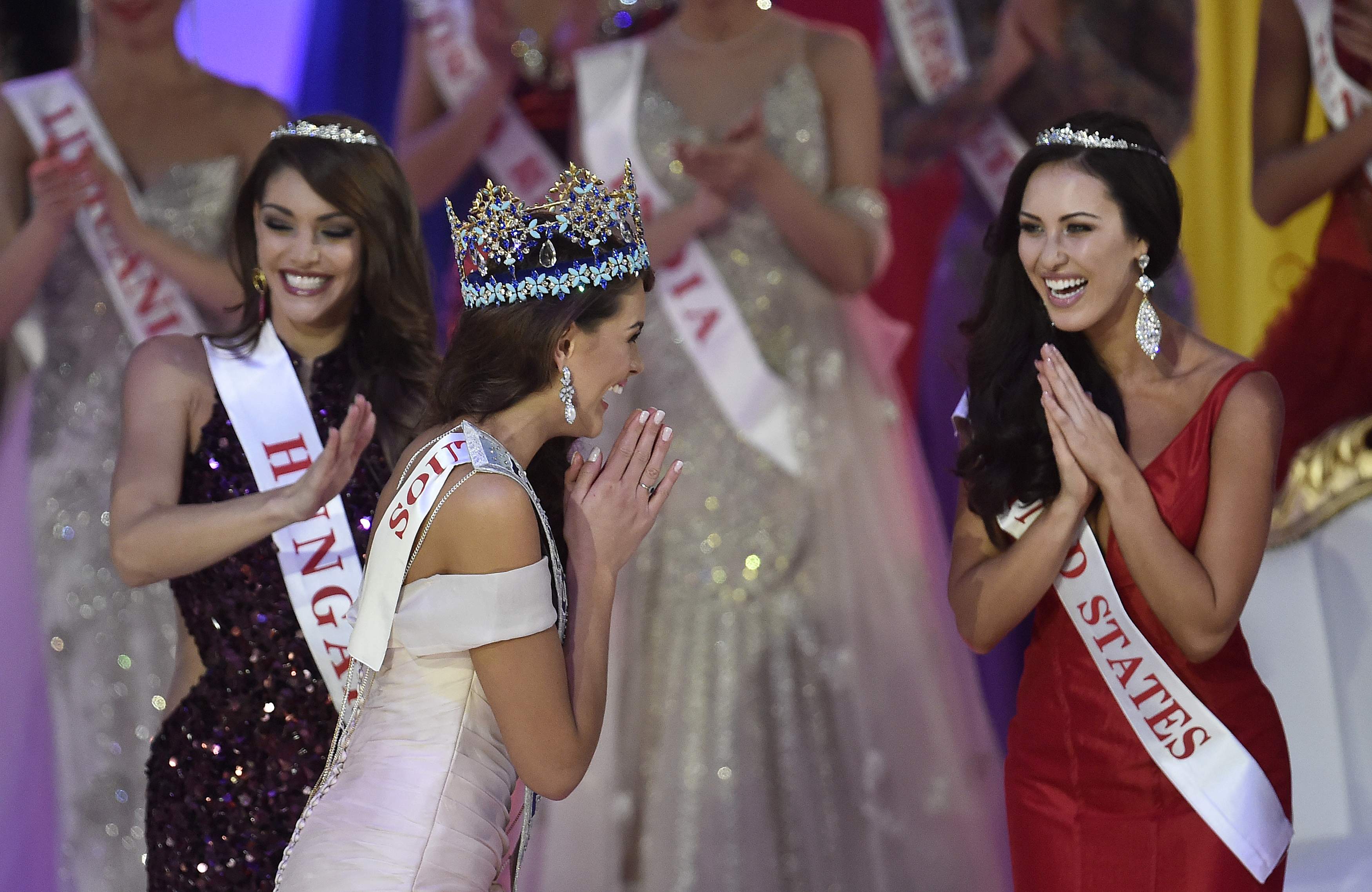 Rolene Strauss of South Africa reacts after being crowned Miss World 2014, while Edina Kulczar of Hungary (L) and Elizabeth Safrit of the US (R) placed second and third respectively. – Reuters/Toby Melville Strauss is the third South African to hold the Miss World title and puts the country just behind Venezuela (6), India (5) and the United Kingdom (4) for total number of wins. However, South Africa does have the longest gap between wins – Strauss’ victory comes 40 years after Anneline Kriel inherited the crown in 1974. Penelope Ann Coelen was the first South African to win the pageant in 1958.

Previous Miss Malaysia queens who won a Miss World placing include Deborah Henry (Top 16 in 2007), Arianna Teoh (Top 10 in 1997) and Rahima Orchient Yayah, the last Malay winner from Malaysia (Top 10 in 1994). Lina Teoh remains the most successful Miss Malaysia World, placing 2nd runner up at the Miss World finals in 1998. Miss World’s 124 contestants travelled to the Oxford Union society earlier this month to discuss whether such pageants still had a place in modern society. British media reported that some students from Oxford University were disappointed that the event failed to generate a lively debate on the subject.

Sadly this year’s competition, the 64th, was marred by tragedy after Miss Honduras, 19-year-old Maria Jose Alvarado, was found shot dead in a suspected crime of passion days before she was due to take part.

Alvarado’s family and friends buried the slain beauty queen and her sister Sofia, 23, amid tears and applause last month. Hundreds of people walked along dirt roads from the Galeras neighbourhood where the sisters lived in Honduras, following a car carrying the wooden coffins inside a glass case adorned with flowers. Draped across Maria Jose’s coffin was the Miss Honduras sash she won at the contest in April. 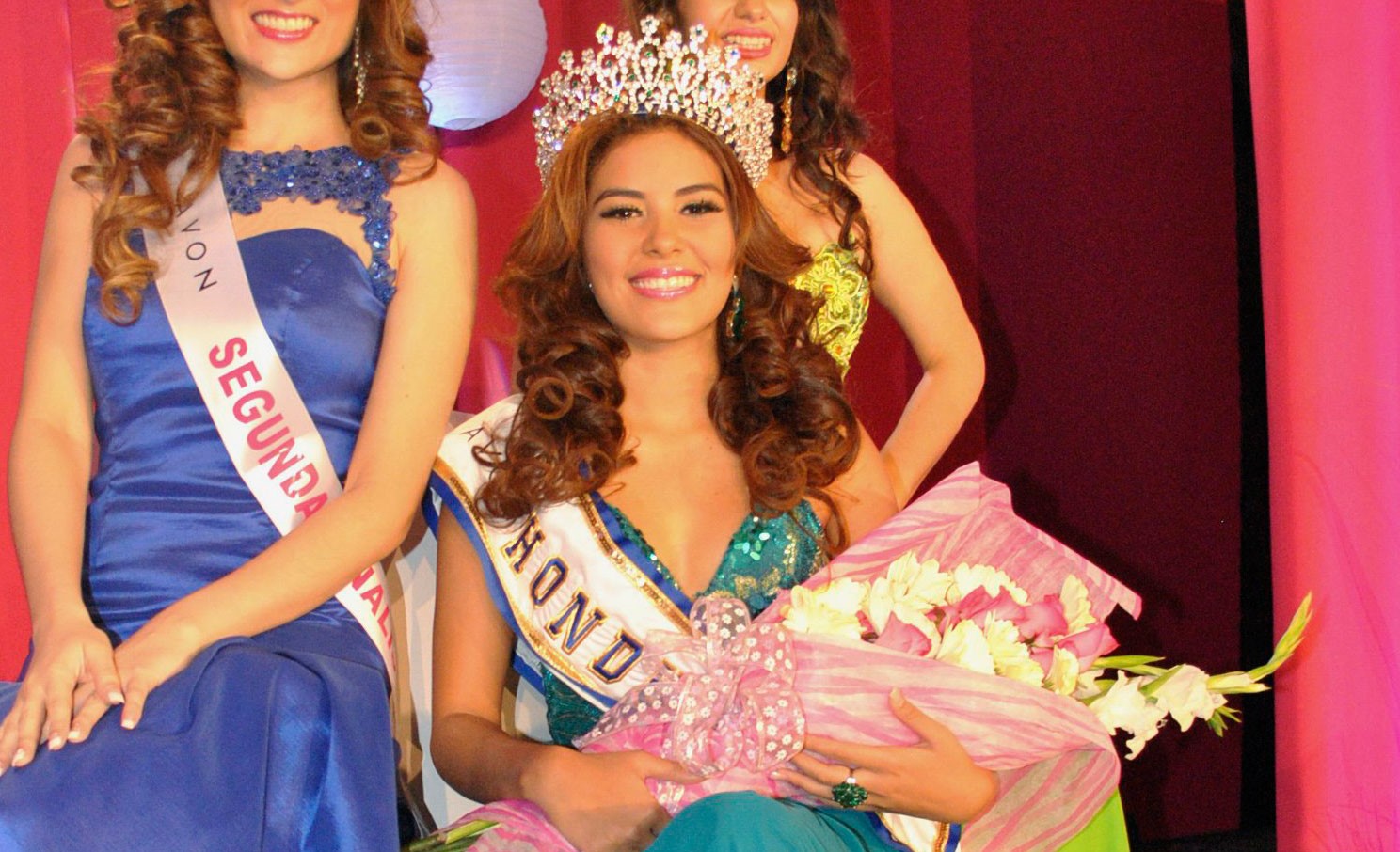 Maria Jose Alvarado, seen here as she was crowned Miss Honduras in April 2014, was found murdered in November, just days before she was due to compete in the Miss World pageant in London. – Reuters

Meanwhile, police suspect Sofia’s boyfriend Plutarco Ruiz shot and killed her in a fit of jealousy after seeing her dancing with another person, and then shot Maria Jose. “This is the main hypothesis we have for this crime, based on the witnesses and investigations we’ve done,” said Leandro Osorio, head of the criminal investigation unit.

The bodies were buried near a river in the mountainous region of Santa Barbara in western Honduras. Police found the bodies because Aris Maldonado, believed to be an employee of Ruiz, told them he helped Ruiz bury the women. Police took Ruiz and Maldonado into custody and also confiscated two pistols and their pick-up truck.

Alvarado, a student who aspired to become a career diplomat, was crowned Miss Honduras World 2014 after beating 18 contestants to the top spot. The daughter of a lower middle class family from Santa Barbara, Alvarado had worked as a model for local department stores. She said she couldn’t live without lip-gloss or Wikipedia, according to her biography on the Miss World website.

Alvarado and her sister went missing on Nov 13, when they were seen leaving a birthday party for Ruiz at a local water park in a car without a license plate. “The family is devastated,” their uncle Claudio Munoz told reporters through tears. “They killed two girls with such promise ... They will be remembered as queens forever in Honduras and the world.” – Reuters