Are we concerned about expanding waistlines in Malaysia?

Our love of fat and carb-heavy dishes, coupled with a preference for a sedentary lifestyle, has earned Malaysia the nickname 'The Fattest Country in South-East Asia'.

Malaysians have a passionate love affair with their lip-smacking cuisine – rich curries, succulent fried chicken, buttery breads and creamy drinks – but it is increasingly an unhealthy relationship.

Malaysia is South-East Asia’s fattest country, where a nationwide foodie culture is feeding mounting concern over what its health minister calls “an obesity epidemic.”

“We are the most obese nation in South-East Asia, and Malaysians are becoming more and more obese,” says Health Minister Datuk Seri S. Subramaniam, warning of a “crisis in unhealthy behaviour.” Needing exercise: Malaysia has 2.6 million adults with diabetes – a figure that's expected to spike to 4.5 million in 2020. – AFP

Nearly 45% of Malaysian men and almost half of women are overweight or obese, according to a 2013 study by UK medical journal Lancet, compared to global rates of around 30%.

A recent report by consultants McKinsey Global Institution found obesity now costs the global economy US$2 trillion (approx RM6.7 trillion) in healthcare and lost productivity – or 2.8% of global GDP – just $100 billion less than both smoking and armed conflict. The study warned almost half of the world’s adult population will be overweight or obese by 2030 and called for a “coordinated response“ from governments, retailers and food and drink manufacturers.

In Malaysia, childhood obesity rates also are climbing, from less than 10% a decade ago to nearly 14% in 2008, according to the most recent figures, saddling health systems with a new generation of diabetes, hypertension and other obesity-related illnesses

Already, some 2.6 million adults have diabetes, a figure authorities expect to spike to 4.5 million in 2020. Malaysia has a population of around 29 million.

Civil engineer Kevin Lim is trying to slim down after doctors told him a few years ago that his life was at risk. Lim, 40, who weighs 173kg, has diabetes, high cholesterol, hypertension and joint pains from lugging his bulk around. 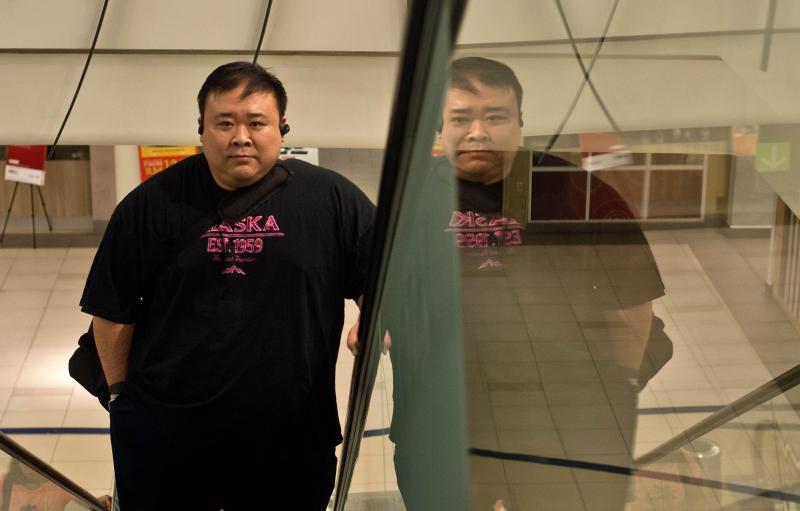 “All I knew was that eating made me happy. I was a couch potato, watching DVDs, and my weight rose,” Lim says as he huffs through his now-regular workouts in a Kuala Lumpur fitness centre. 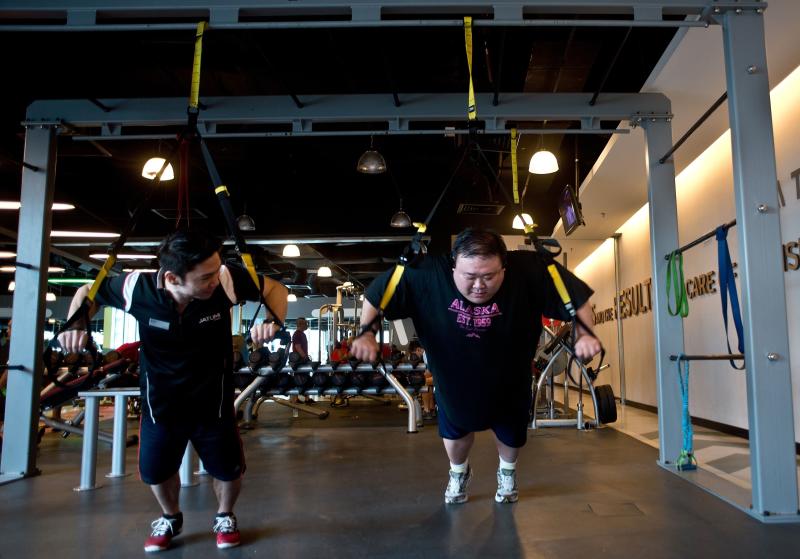 Lim exercises at a fitness centre to lose weight and improve his health. – AFP

Malaysia is a victim of its own success, with decades of economic advancement bringing the flip-side health issues that developing countries often encounter when hunger is defeated, incomes rise, and lifestyles become more sedentary. 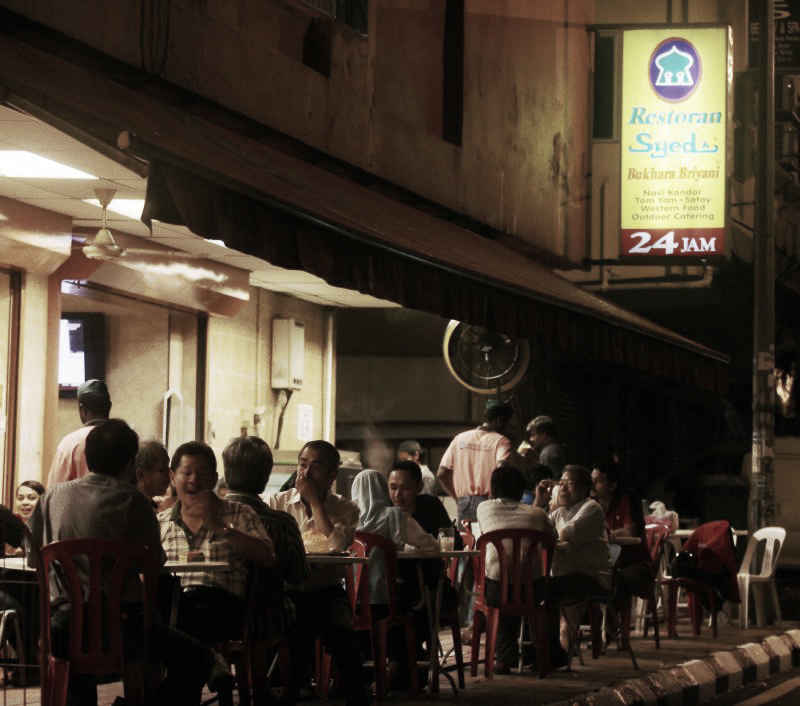 Food that is available 24/7 may be a main contributor for the expanding waistlines of Malaysians. – Filepic

But a key factor is the national love for Malaysia’s delicious but rich fare: spicy curries made with fattening coconut milk, carb-heavy rice dishes, and sugary drinks like teh tarik, sweetened condensed milk. The breaking of bread is of vital social and cultural importance in each of multi-racial Malaysia’s main ethnic groups and is enthusiastically embraced.

Open-air food stalls are a fixture in every neighbourhood, often open 24 hours and full of late-diners – a major health no-no, according to doctors.

Fast food giants McDonald’s and KFC also do a roaring business, and Malaysians are among the world’s top per-capita sugar consumers.

Compounding the issue, languid, tropical Malaysia has historically lacked a strong tradition of active outdoor leisure pursuits, due in part to the sweltering weather, Islamic modesty, and shortage of public spaces for exercise.

Subramaniam, the health minister, says the problem eventually “will affect productivity and impact our economic development.”

Over the past year, the government has ramped up public-awareness campaigns and mass street-exercise activities. Subsidies that kept prices of sugar and cooking oil low have been reduced in recent years, for joint budgetary and health reasons.

“At least three out of 10 people who sign up at our gym do it because of illnesses including obesity and heart-related illness,” says Elaine Yap, marketing manager with fitness chain Jatomi, which has four outlets. 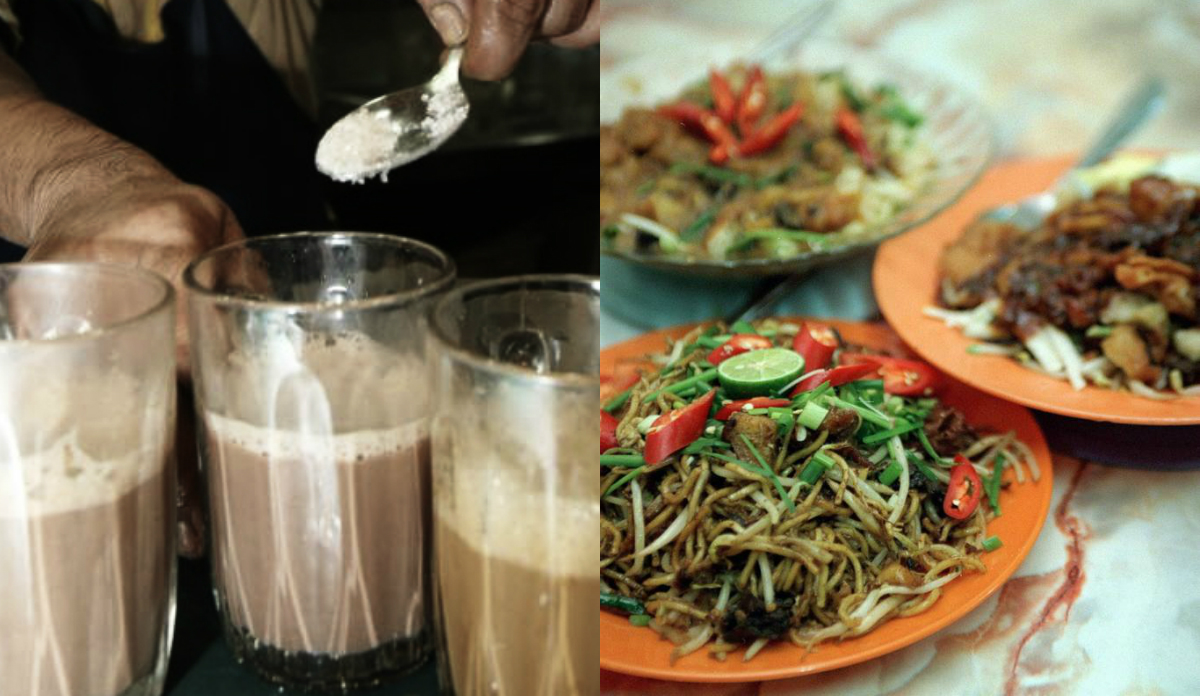 More than 3 out of 4 diabetics shrugged off doctor's advice to change their lifestyles, says a study. – Filepic

“We need to take stern action. The government has to put its foot down and say 24-hour outlets are not healthy. Obesity is the mother of all diseases,” he says.

A study of nearly 1,700 seriously ill diabetics released last week found that more than three out of four shrugged off doctor’s advice on changing their lifestyles, Malaysian media reported.

The study also reportedly found that diabetes-related eye complications in such patients increased from 35% in 2008 to 49% in 2013, while kidney complications rose six percentage points to 42%. 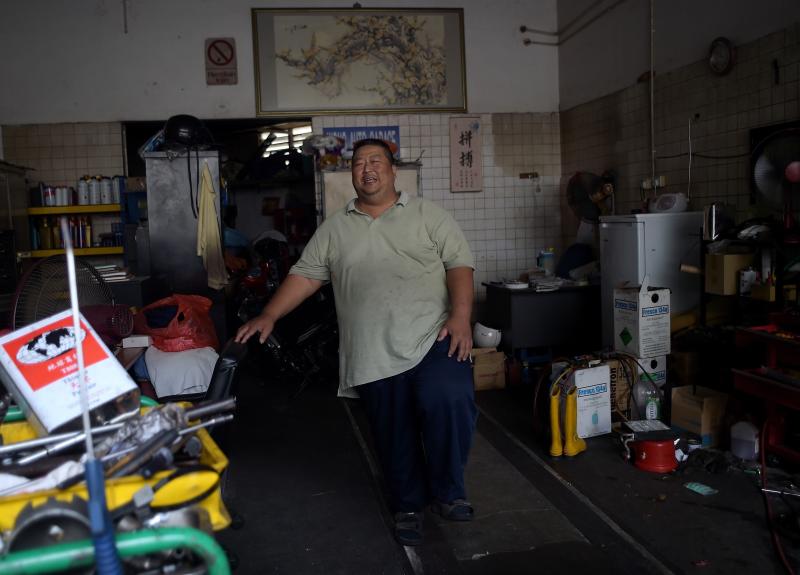 Wong Siew Hong, a diabetic and automotive mechanic poses while trying to show his flexibility at his garage in Kuala Lumpur. – AFP

Barely able to bend down to pick up his tools, he is trying a range of weight-loss products but can’t kick his love of oily noodle dishes and is ready to throw in the towel. “When I walk, I feel like I am a tank. I am just too heavy,” says the father of two.

Could drinking tea lower your risk of type 2 diabetes?
Osteoporosis: When there are holes in my bones
Are Covid-19 vaccine boosters really effective?
A pill for physical activity in the works
Should you continue wearing a face mask on flights?
Enabling a culture of safety in healthcare
Non-communicable diseases kill three out of four people worldwide
Bivalent Covid-19 vaccines gaining traction in the West
It was a rough ride to recovery, hallucinations and all
When it's hard to breathe: The top five respiratory diseases