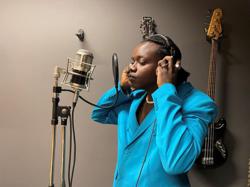 A personal passion project claims first prize at the Oscars of the culinary publishing and broadcast world.

IT all started with what dietitian and author Goo Chui Hoong thought was a spam email.

Having launched Food for Your Eyes – a health-cum-recipe book co-written with her husband, consultant ophthalmologist Dr Kenneth Fong – locally just a couple of months prior, she was not expecting it to be noticed by the international culinary community.

“It was very random. We had had the book launch at the At 19 Culinary Studio (in Kuala Lumpur). The Gourmand Awards Committee emailed the school – I run cooking sessions there occasionally – and the owner, Hellen Fong, forwarded it to me,” she recalls, adding that at first, she thought it was spam.

Considered the Oscars of the food and wine publishing and broadcast industry, the World Gourmand Cookbook Awards is an international annual event recognising the best of culinary books and television shows.

Founded by Edouard Cointreau – scion of the Cointreau liquor, and Frapin and Remy Martin cognac families – in 1995, the awards aim to reward and honour those who “cook with words”, and to help readers find the best of the tens of thousands of culinary books that come out every year.

Having had no previous experience with publishing, the Fongs had no idea what the Awards were all about.

“For us, because we are not in the industry, we didn’t realise how important the Awards are,” says Goo.

In fact, she checked with Julie Wong, editor of both their book and Flavours magazine, to determine if the Awards were indeed legitimate.

Wong quickly enlightened her about the event and encouraged the both of them to submit the book for consideration, even putting them in touch with Chef Wan and Toh Puan Rosita Abdullah, the two previous Malaysian winners at the Awards.

“After looking at Toh Puan Rosita’s book (the hardcover coffee table-cum-cookbook Kulit Manis: A Taste of Terengganu’s Heritage) and the high quality, we thought that we wouldn’t even get shortlisted,” says Dr Fong.

“So, we just posted off the three copies of the book they requested for judging to Madrid, Spain, and didn’t really think much of it after that.”

When, to their surprise, they were indeed shortlisted, the Fongs then debated whether or not to attend the Awards, which were being held in Paris, France.

Says Dr Fong: “There were five other books shortlisted in our category from all over the world, and they were of such good quality.”

In the end, they decided to go out of curiosity, just for the experience, and for the opportunity to visit Paris.

It was only when they were actually at the three-day long Paris Cookbook Fair last month – of which the Awards ceremony is the grand finale – that they realised how important and prestigious the Awards were in the culinary world.

“It’s only when you go there that you realise how seriously the authors and publishers take it. Some (winners) were in tears on stage; they really put their heart and soul into winning an awards,” says Dr Fong.

He adds: “One group from Sweden – two doctors and a chef, who wrote on food that can help prevent cancer – even had an entourage who were filming their every move!”

Goo adds laughingly: “We felt a bit kampung (provincial) there.”

In addition to the Awards, the Fair serves as a meeting point for authors and publishers to discover or promote new titles and talents, or to discuss translation and foreign distribution rights.

Goo shares that they met an author who had travelled all the way there just to meet a publisher in order to get his book published.

Dr Fong adds: “For authors, they try to sell the distribution rights to other countries.”

One of the trends observed at this year’s Awards was the increasing interest in health-related cookbooks.

And this was reflected in the Lifestyle: Health subcategory, which had six shortlisted books, compared to the other subcategories, which mostly had only five finalists each.

Aside from Food for Your Eyes, the other health-related cookbooks on the shortlist were Meals that Heal Inflammation by Julie Daniluk (Canada), Cookbook, Nutrition and Medical Advice for Retired People by Josko Kalilic (Croatia), Goodness Me! It’s Gluten Free by Vanessa and Mary Hudson (New Zealand), Matfrisk by Lars Beckman, Lars Franzen and Fredric Andersson (Sweden), and Mi Lonchera by Armando Scannone (Venezuela).

With 66 subcategories in the food section alone and 25 in the wine section, the awards ceremony itself on Feb 24 was a long event.

“It was a long night,” says Dr Fong. “By the time our category was announced, we were quite tired.”

That added even more to their shock during the announcement. “Our jaws just dropped (when we heard our book called out),” shares Goo.

“We really didn’t expect it; we didn’t prepare any speech at all,” says Dr Fong, who adds that they ended up thanking Wong and her team, who helped them polish and edit the book, as well as photograph the dishes in it.

“We were really happy that Julie was there (with us at the Awards), because she really deserves the credit,” he says.

“The raw data didn’t look as nice before she helped polish it,” Goo adds. “It was really a team effort.”

Dr Fong believes that while Food for Your Eyes was, in comparison to other books, was a smaller scale, lower budget project, the judges were able to see beyond the exterior presentation to the passion behind it.

“Edward Cointreau, the chief judge, says that he gets thousands of books every year for the Awards, and that he can tell within the first few pages the passion of the authors.”

He adds: “We weren’t thinking about money when we wrote this book; we were really passionate and interested in the topic, and I guess it showed.”

In fact, profits from the sales of Food For Your Eyes all go to the National Council for the Blind to help increase awareness and prevention of eye diseases.

The second and third prizes in the sub-category went to Sweden’s Matfrisk and the Kiwi Goodness Me! It’s Gluten Free respectively.

Dr Fong shares that they actually expected Matfrisk, which was written by two professors of oncology and a professional chef who owns his own restaurant, to take first place.

Ironically, the Swedish team told them that they had predicted Food for Your Eyes’ win.

The two teams coincidentally ended up at the same French bistro for supper after the awards ceremony, where the Swedes sportingly shared a round of victory champagne with the Fongs.

The couple also shared that they enjoyed meeting Chef Wan at the event. The celebrity chef also won first prize at the Awards for the Authors: TV-English subcategory with his book The Best of Chef Wan: A Taste of Malaysia, beating out Jamie Oliver’s Jamie’s 15 Minutes Meals, which came in second.

When asked about how their book has been received so far, Dr Fong says that many people have said that the recipes can be done easily within 30-45 minutes.

“Credit has to go to the photographer and food stylist, who made the dishes look so good.

“One of my patients said that you cannot read the book when you are hungry,” he says with a smile.

Goo adds: “I think what separates our book from others is that the first chapter has a lot of information about common eye diseases. There’s even an eye chart at the back of the book.”

“We didn’t want it to be a very lecturing type of book; we wanted it to be a gentle way of informing people about eye health.”

“Julie made sure that the font was as small as reasonably possible, so that we could squeeze in all the information.”

Although the book is mainly available locally and in Singapore, Dr Fong shares that he has even had an email from an Australian who bought the book online, telling him how useful and helpful it is.

He adds that some readers have even suggested that they do their own tv or radio show after their book came out, but they have no such plans.

His next big project instead is organising the Malaysian Society of Ophthalmology’s national public awareness campaign this May on age-related macular degeneration – one of the leading causes of blindness in those aged over 60 in the developed world.

While this disease is not treatable, it can be slowed down by certain foods and nutritional supplements; so being aware of its symptoms is very important for adults, and forms a major part of the content in Food for Your Eyes.

“We feel that we doctors need to reach out to the public before it is too late.

“People tend to take sight for granted; we want to push the awareness of this disease as it can be terrible living with blindness,” he says.

> Food for Your Eyes is a bilingual (English/Mandarin) book that focuses on common eye diseases and homecooked recipes, which are alcohol, pork and beef-free, that help promote eye health. It is published by Star Publications (M) Bhd, and is available at all major bookstores in Malaysia and Singapore, as well as online at bookstore.thestar.com.my.

Related storyThree recipes from the award-winning book, Food For Your Eyes 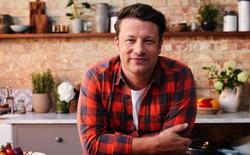