New York, the city that never sleeps, is brightly lit through the night. Doctors say light exposure at night can cause changes to our physiology. - AFP

Studies show that exposure to light after dusk is unnatural, and may be detrimental to health. Do we need 24/7 garages, supermarkets and TV – or should the city that never sleeps be put to bed?

Astronomer Dr Jason Pun of the Hong Kong University department of physics has been studying light pollution for nearly a decade. He says people often ask him if he’s crazy. “‘Hong Kong is supposed to be bright,’ they say. ‘Why are you even talking about light being some kind of pollution?’”

This is a city that is famous for its night-scape: neon signs advertising market stalls, pawn shops and steakhouses; illuminated skyscrapers; swanky malls that stay open – and stay lit – well into the night. “When I walk at night around some of these commercial centres, it’s so bright you almost want to wear your sunglasses,” Pun says.

Indeed, in our collective imaginations, cities are meant to be bright. But as studies begin to show that too much light can be detrimental to health, and fewer of us are able to see the stars when we look up, are cities getting too bright for our own good? Hong Kong isn’t alone in celebrating light. Paris is still known as the City of Light; only slightly less glamorous Blackpool relies for tourism on its annual illuminations, when more than one million bulbs light a distance of 10km.

This celebration of artificial lighting is perhaps unsurprising, given how recently electric street-lights became the norm. It’s easy to forget that being bathed in light is a relatively modern phenomenon. Although electric street-lights first began appearing in European capitals in the mid-1800s, widespread street lighting did not become common until well into the 20th century.

It soon became a clear view of the night sky that was uncommon. Hong Kong is now often touted as the most light polluted city in the world – a view supported by a recent study from Pun and his department, Hong Kong Night Sky Brightness Monitoring Network (NSN), which measured so-called “night sky brightness”. 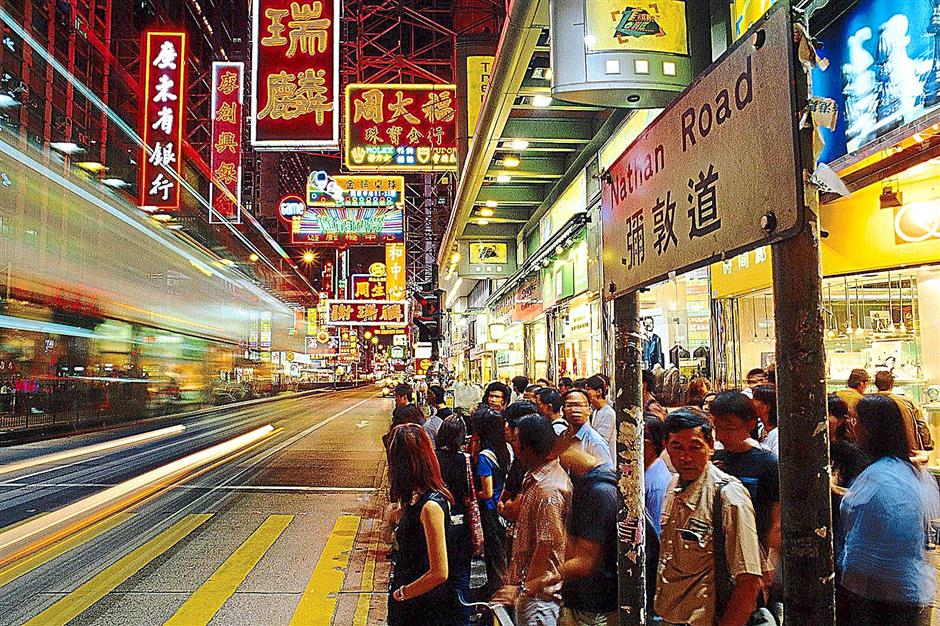 Many global cities, like Hong Kong, are bathed in light all through the night. Scientists warn that this has dire consequences. – Filepic

“We set up about 18 stations around the city, in all sorts of living environments – from the commercial urban centre, to more residential neighbourhoods, to relatively rural areas,” he explains. Then they compared the levels of light to the standard provided by the International Astronomical Union, which states how bright the sky would be without artificial light. In the most-lit areas, it was 1,000 times brighter. “Similar studies in major capitals like Berlin and Vienna,” says Pun, “would find something more of the order of 100 to 200 times brighter.”

But with light pollution studies still in their infancy, and without any strict international standards on how to quantify the extent of light pollution, it’s hard to say for sure whether Hong Kong is the most light-polluted city. Other candidates that are often cited by those with the best view – astronauts – include Las Vegas, Tokyo, Seoul and New York.

And Hong Kong, like in many cities around the world, is proud of its illuminated city. “The brighter, the better,” Pun explains, mimicking a chirpy toothpaste ad. “Brighter means more prosperous. We have a nickname for Hong Kong: the Pearl of the Orient. So I suppose a lot of people take this actually as a badge of pride without rethinking what all this brightness means.” 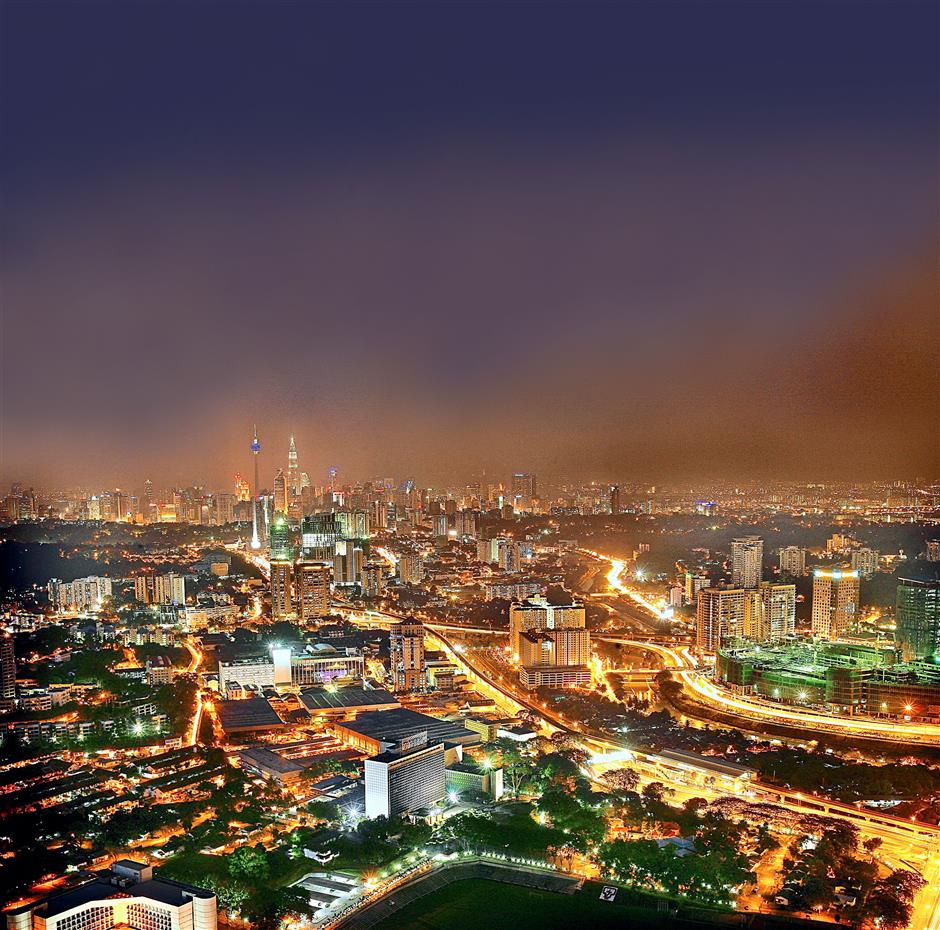 Sickened by the lights

That can include health problems. “There’s a cascade of changes to our physiology that are associated with light exposure at night,” says Steven Lockley, a neuroscientist and an associate professor of medicine at Harvard Medical School. He has looked at the impact of light on human physiology, including on alertness, sleep, and melatonin levels.

Because humans evolved in a 24-hour light/dark cycle known as the circadian clock, any light after dusk is “unnatural”, Lockley says. When we are exposed to light after dusk, “our daytime physiology is triggered and our brains become more alert, our heart rates go up, as does our temperature, and production of the hormone melatonin is suppressed”.

Has the way city dwellers live, removed from natural light patterns, confused our bodies? “Not so much confused as shifted: we’ve been shifted later,” Lockley says. “What happens when people go camping? If you don’t have sources of electric light, then you go to bed earlier, shortly after the sun’s gone down, and you sleep for longer.” Every day we don’t go to bed at dusk, we experience what Lockley calls “mini jet-lag”.

His colleague, Ken Wright at the University of Colorado in Boulder, Colorado, United States, conducted an experiment on camping. Wright found that for campers, midnight was the middle of the night: living in brightly lit cities has artificially lengthened our days. “We go to bed later, we don’t sleep as long, and we don’t know the long-term health impact of changing,” he says.

There have been studies about how changes in circadian rhythms – which may be explained by exposure to light at night – can have an impact on humans. Studies of shift workers found that circadian disruption is “probably carcinogenic to humans”; female night workers, for instance, were found to have a higher risk of breast cancer than women who do not work at night.

“As a society we need to think, do we really need some of these amenities that are putting light pollution into the environment?” Lockley says. “Do we need 24/7 garages, do we need 24/7 supermarkets, do we need 24/7 TV? It was only in 1997 that the BBC turned off and there was the national anthem and we all went to bed.” 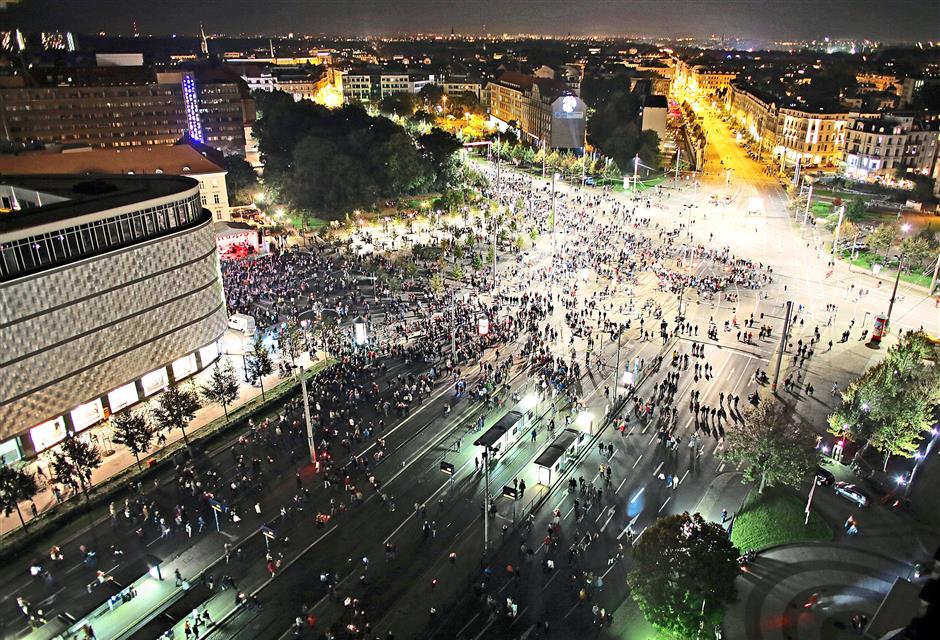 The Festival Of Lights in October 2014 marked the 25th anniversary of the Peaceful Revolution in Leipzig, Germany. But doctors say that if we don’t go to bed at dusk every day, we can experience “mini jet-lag”. – EPA

Bring back the night

The International Dark Sky Association is an organisation of astronomers that aims to teach how to preserve the night sky. Member Scott Kardel says he believes in balance: “While we need certain amounts of light at night for safety, commerce and more, we also need to be more careful about how much light we use, where we use it and for how long.”

But at a more abstract level, Kardel also believes that “having bright skies takes something away from us. All of our ancestors had star-filled skies that inspired countless people in art, literature, religion, science and philosophy.”

It might not be plausible to put the metropolis to bed at dusk, but cities can mitigate some of the worst light pollution. “Proper outdoor lighting,” says Kardel, “conserves energy, reduces glare” and cuts back on so-called light trespass, for example when your neighbour’s bedroom light bleeds into your sitting room.

Pun also suggests limiting the number of light installations and their hours of operation, and controlling the distance between lights and living environments. “It’s a particularly big problem in Hong Kong because it’s a very densely populated city,” he says. Any change, he also points out, would have to be a community effort that involves not just business but government.

“While a great many cities do have laws about light pollution or light trespass, they are still in the minority,” Kardel says. “The number of cities adopting light pollution regulations is growing, but they mostly seem to be appearing in smaller towns where the problem isn’t as great as it is in the larger cities.”

Los Angeles, however, is one megacity that has been trying to scrape back some of its night-time darkness. Not long ago a sprawl of apricot-coloured street lights, LA has since undergone one of the largest LED street-light replacement projects in the world. LEDs are proving a popular choice for cities wanting to save on lighting costs: they are being rolled out in New York, Copenhagen and Shanghai.

They’re not a panacea. “LEDs offer promise and peril,” Kardel says. “They tend to be very directional in nature, which makes it easier to direct light where it is needed. And they are much better suited than older lighting technologies for integrating with dimming or motion-sensing technologies.” But most energy-efficient LEDs contain a significant amount of blue in their spectrum. “And blue disproportionately brightens the night sky.”

Lockley thinks LEDS are the “problem, but also the solution: they allow much more sophisticated lighting systems.” The blueness can be fixed, he says. “It is possible to create LED light with multiple colours – you can alter the colours for the right time of day and the right application.” City lights are visible from space. The largest, brightest cluster on the left is Tel Aviv, set against the blackness of the Mediterranean Sea. Jerusalem is in the centre, while Jordan’s capital Amman is on the right (lights have a whiter tone). – NASA/AFP

But many communities in Britain have either adopted or tried “part night lighting”, switching off the lights where they’re not needed or lowering illumination levels for part of the night. Motion-sensing technologies are being tested in the Netherlands and Ireland.

At the centre of this shift is a change in the attitudes of city residents and their governments. In Hong Kong, until only a few years ago the government avoided even using the term “light pollution”, says Pun. “They wouldn’t even admit such a thing exists. If you call it something else, like ‘light nuisance’, then I guess it will make life a little easier. Even though it seems like a gloomy situation, no pun intended, I do see a change of mind-set.”

So what about Hong Kong’s brand – built at least in part on its reputation as a metropolis literally buzzing with electricity?

“About 100 years ago in London, we’d be talking about all this soot from the factories nearby, and the poor air quality of the city,” Pun says. “And we move on.” – Guardian News Service 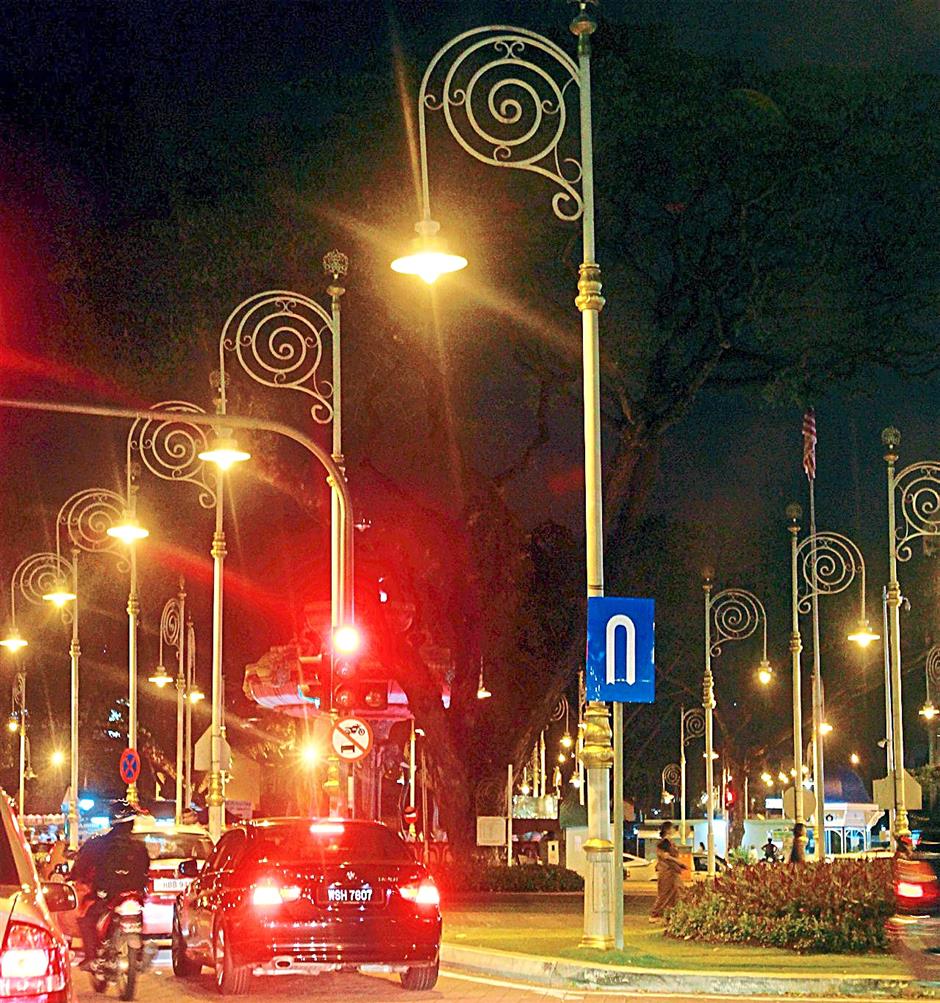 Excessive illumination of streets is one source of light pollution. – Filepic

> It’s an obvious one, but switch off any lights you are not using.

> Ensure indoor and outdoor lighting is directed at what you’re trying to light and that it’s shaded. Table and floor lamps are better for this than overhead lights.

> Use low-watt lightbulbs – you’ll save on bills and reduce glare.

> Install dimmer switches so you can alter brightness to suit ambient light.

> Use motion sensors or timers so outdoor lights are only on when they need to be.

> Install thick curtains or blinds to minimise light escaping your home at night.

> Ask your local councillor to get street lamps fitted with directional, low energy lights – after all, residential areas don’t need to be lit up like football pitches 24 hours a day. – Guardian News Service