A new study confirms that, yes, dogs can morph into green-eyed monsters.

According to a study published in PLOS ONE on July 23, dogs are capable of feeling a basic form of jealousy. Purported to be the first experiment on canine jealousy, the study could redefine the view that the complex emotion of envy is a human construct, says Christine Harris, University of California, San Diego psychologist and an author of the study. 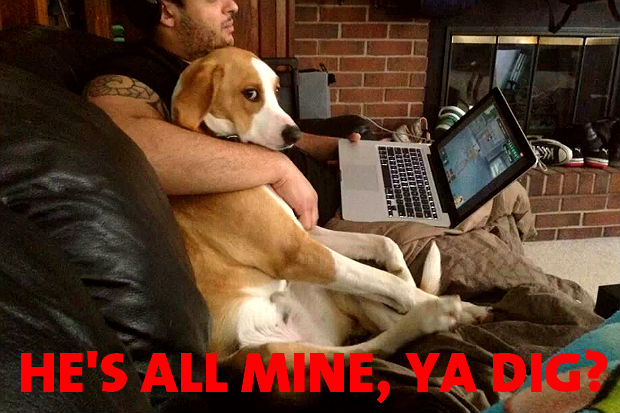 “We can’t really speak to the dog’s subjective experiences, of course, but it looks as though they were motivated to protect an important social relationship,” Harris said in a statement accompanying the study.

The research, based on a similar study to gauge jealousy in infants, suggests dogs and possibly other animals exhibit a primordial form of the emotion, the study said. Researchers said jealousy may have evolved as a way for paired animals to protect their sexual relationships or for baby animals to compete for food and affection from their parents.

They said it may have also developed in dogs during their long domestication by humans. “Humans, after all, have been rich resource providers over our co-evolution,” they wrote in the study. Understanding jealousy is an important scientific task, they wrote, noting that jealousy is often considered a cause of homicides across cultures. — Reuters