They're a hit! The IAmElemental toy action figures, aimed at young girls and wielding "everyday superpowers", have doubled the toymakers' Kickstarter campaign target in less than three days after it was launched.

A new breed of female superhero toys seeking to empower girls with earthy values and they are taking the Internet by storm.

IAmElemental is a new range of action figures designed for young girls which aims to foster creativity and change the perception of superpowers.

An antidote to the existing female action figures on the market, which the designers claim are “more Hooters than heroine,” the figures feature realistic breast, waist and hip ratios, and each character is named after an everyday superpower.

The first series of figures represents “the seven elements of courage,” with characters called Bravery, Energy, Honesty, Industry, Enthusiasm, Persistence and Fear. Each of the armoured figures is bendable, features five articulation points and comes with a removable accessory that reflects their superpower. 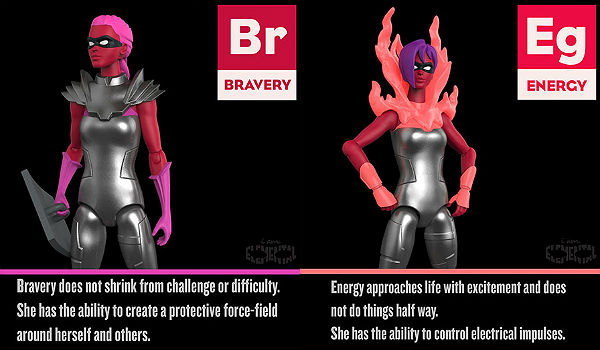 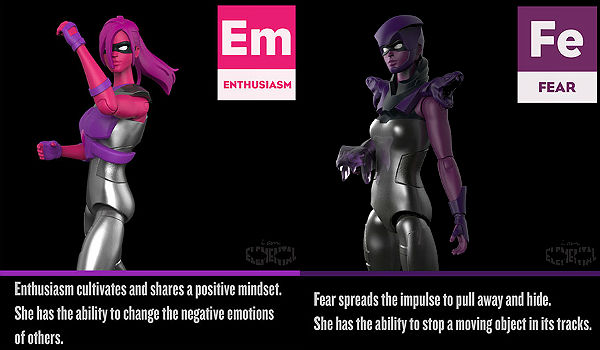 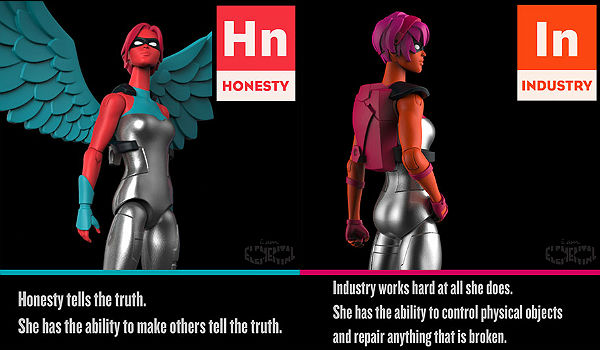 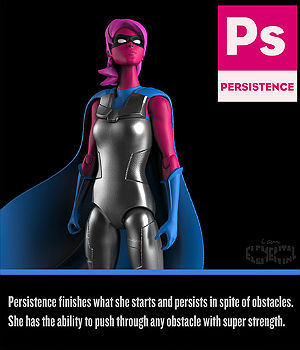 The initial series of IAmElemental action figures seen above, representing what their makers call "the seven elements of courage", with realistic body proportions and empowering attributes.

The brainchild of New York-based design team IAmElemental – led by Julie Kerwin and Dawn Nadeau, who are both mothers – the project has already more than doubled its US$35,000 (RM113,000) target since its May 13 launch on the crowd-funding website Kickstarter. The company aims to start shipping the toys in December.

According to their blog, the idea for the action figures came to Kerwin and Nadeau when they couldn't find any toys in the market that were empowering for young girls. Instead, they found toys they viewed as "more Hooters than heroine", owing to the toys' unrealistic body proportions and overly sexualised image. 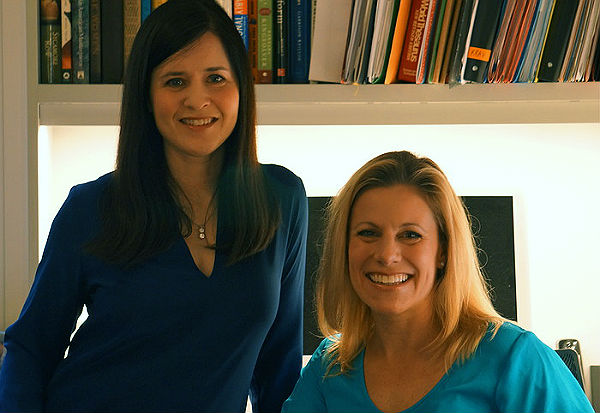 Julie Kerwin and Dawn Nadeau, founders of IAmElemental: "Our mission is to create toys for play experiences that allow girls to envision themselves as strong, powerful and connected beings at the center of a story of their own making."

”We fervently believe that girls (and boys) are not only capable of creating their own stories, but that story creation is a vital part of their emotional development,” explains the design team. ”Why live vicariously through someone else? Why not be a real, live Superhero?” – AFP/RelaxNews