Birthday girl: Tulip the Pug, 12, is the inspiration behind The Dog Who Ate Nightmares by Quek Sue Yian.

TNRM is a humane alternative to euthanasia for managing and reducing the stray animal population.

IF dogs could talk, TNRM’s mascot Brownie would invite everybody he met to a special party.

“My friend Tulip the Pug and I have decided to put together a pet-friendly fundraiser in conjunction with her birthday!” he might say, ears perked up and tail a-wagging.

TNRM – which stands for Trap Neuter Release Manage – is a non-governmental, non-profit organisation run by a group of volunteers. They trap stray dogs and cats, neuter/spay them, then release them back where they were found or re-home them wherever possible, in order to manage the stray population humanely, efficiently and effectively in the long term.

Its founders are music tutor Stuart Tan, 43, and Stewie Dee-On, 26, a travel insurance executive, who are passionate about pet rescue. At present, there are about 10 volunteers, of whom four make up the core.

“When we first started, we helped a rescuer to vaccinate and neuter all 44 dogs, re-homed about 15 pups and later relocated 10 dogs to Bentong, Pahang,” says Jean Liew, one of the core volunteers.

Since then, the number of animals the team has rescued has almost quadrupled.

As an NGO, they depend solely on public donations for their projects, the ongoing neutering/spaying of strays, as well as food and medical expenses for the strays. They are also in the midst of building their transit centre, a place to hold animals in transition for fasting and recovery, before and after surgery, and prior to releasing or adoption. 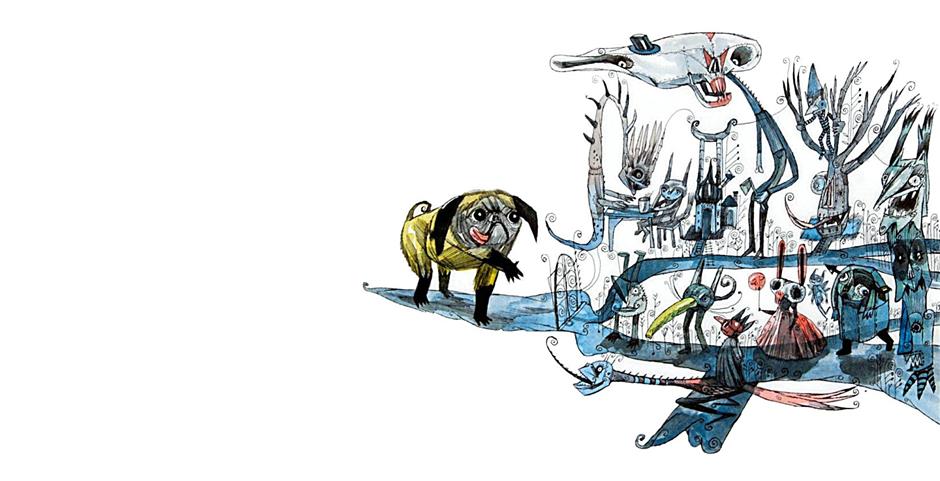 A page from The Dog Who Ate Nightmares.


“Brownie, TNRM’s mascot, was the leader of the Jalan Damai (Ampang, KL) pack, one of our first TNRM success stories. He’s an extremely brave and intelligent leader of the first and most difficult pack to trap, to-date. He’s such a character! He has a very special place in our hearts. Brownie and his pack represent what TNRM is all about,” adds Liew.

One can expect lots to see and do at Tulip’s birthday brunch party. There will be booths selling cakes, bean bags and knick-knacks; a pet adoption section; and a photography exhibition by Abbi Kanthasamy, 40, and S.C. Shekar, 51, who is Malaysia’s very own National Geographic photographer. They will offer free animal portraits to people who adopt pets. However, those who don’t adopt yet wish to contribute, can purchase the photos at the exhibition or have an animal portrait taken of their own pet if they bring it along; 40% of the sale of each photo will be donated to the charity.

There will also be a soft launch of the book The Dog Who Ate Nightmares by Quek Sue Yian.

“My dog Tulip had a voracious appetite when she was younger. We used to call her ‘Alam Flora’ because she would clean up everything before her,” says Quek, referring to the inspiration for her book.

“Now she’s 12, and has been given the title of Grand Dame Dowager Empress Tulip although, for short, we just call her Your Royal Canine-ness.”

The book is suitable for children and adults “who don’t take manners too seriously and want a giggle”.

People who love art will appreciate the illustrations. “Meme our illustrator has done an incredible job interpreting the story and, as always, pushes the boundaries of what art for children is supposed to be,” continues Quek.

Besides Tulip, she also has another dog, two cats and three horses.

The book will be available online at www.oneforonebooks.org and in major bookstores. Get Tulip’s limited edition pawprint books, on that day only!

Remember to mark your calendar. Tulip, Brownie and their friends are looking forward to celebrating with you and your furry, four-footed pals!

A BIRTHDAY is not a birthday without presents. If you bring a gift for Tulip, brunch is on TNRM.

> Dry and wet food for dogs/puppies/cats/kittens