What was it like to be a child of the colonial rulers living in Malaya?

The opulent sitting room in the Majestic Hotel’s old wing is an apt place indeed to listen to tales of growing up in post-WWII Malaya. Apart from the fact that the hotel is a fine example of colonial architecture in Kuala Lumpur, it turns out that Rosemary Palmer’s life in this country began in this very place.

“We stayed in this hotel for the first three months when we came in 1947. Stepping into the place today, I thought it was absolutely beautiful, but I just couldn’t remember what it was like back then,” Palmer, 69, says. Rosemary Palmer shared notes and photos her mother had kept of the family’s stay.

Her hazy memory is pardonable as she was only two years old when her family moved from Britain to Malaya, the “exotic” land that she, her parents, and her older brother Alan called home until 1952.

“My father worked for the colonial service as part of the British government’s overseas service. We stayed in this hotel for the first three months because there was a shortage of housing after the war. When we did get a house in KL, we had to share it with another government officer,” says the retiree who is currently based in Canterbury, New Zealand.

Palmer and her husband, David, 70, had last visited Malaysia in 2006; for this trip, a nostalgic journey of remembrance, Palmer has been refreshing memories of her childhood with records kept by her late mother, Elaine Bernacchi, who chronicled the family’s life here on a typewriter.

“These are some of the notes that my mother wrote,” she says, handing me two sheets of paper at our recent interview, “and I do apologise if she made any offensive remarks.” Rosemary and her brother Alan on the Majestic’s front lawn.

Elaine Bernacchi’s jottings are certainly candid, forthright in their depictions of family life during the tumultuous period before the country achieved independence.

One particular entry sees her lamenting about the harsh living conditions back then: “Rice was rationed and (the local help) found it hard to afford enough food for their families. At first we did not know about shortages because we had all our meals in the hotel, but soap, for instance, was very hard to get.”

Another entry was poignant in its description of Ayah, the children’s nanny back then: “I remember coming home at night to find Ayah lying on the hard wooden floor between the children’s beds (they were two and three then) all sound asleep, she holding their hands under the mosquito nets.” 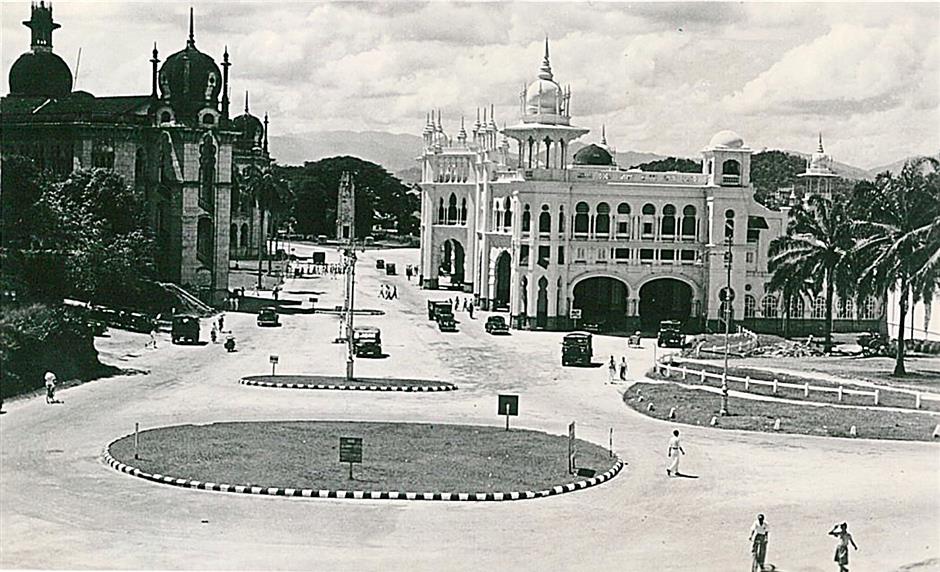 Palmer recalls her mother saying that it was quite boring when they first moved here.

“But I don’t know, there must have been other government wives around and they would have got together to have coffee, I suppose. I was only two, so I had no idea what I did. Although, I remember Ayah and how she got into trouble because she took me to the railway station – it wasn’t very clean and my mother caught me having a lovely time on the floors of the station,” she says with a laugh.

After three months at the hotel, the Bernacchis relocated to a house near the Lake Gardens, which they shared with another British senior administration officer. “Most of our time was spent at the park,” recalls Palmer.

Her father, Michael Bernacchi, was transferred to Kuala Kangsar – “where he learned Malay. He had to pass an exam, you see.” – and then Batu Gajah, Perak, where the family lived in the district officer’s residence. Today, the residence is a part of Batu Gajah’s heritage trail.

Palmer’s mother detailed the move in her diary: “By this time, the Emergency had started and we had to travel by train with all our belongings including the car, as the roads were not safe.” The Emergency period, from 1948 to 1960, was declared by the British colonial government to deal with the insurgency of the Communist Party of Malaya led by Chin Peng. It proved to be a tough time for the Bernacchis. Palmer’s father was involved in village resettlement under the Briggs Plan and was marked as a prime target by the communists.

The Briggs Plan was devised by the first Director of Emergency Operations, General Sir Harold Briggs, and was aimed at defeating communists operating in rural areas by cutting them off from their sources of support among the civilian population.

“Michael had a price on his head and we had to have a guard on the house, which was a bit unnerving,” Elaine Bernacchi wrote in one diary entry.

“It even came to a point where Michael only revealed his whereabouts to Rosemary’s mother, and only she would know where Michael was,” adds David.

Being just a toddler, Palmer naturally wasn’t aware of all the problems at that time. “Once I got older and realised the gravity of the situation, though, I just felt lucky to be alive. My father was on the communist blacklist and anything could have happened, really,” she says now. 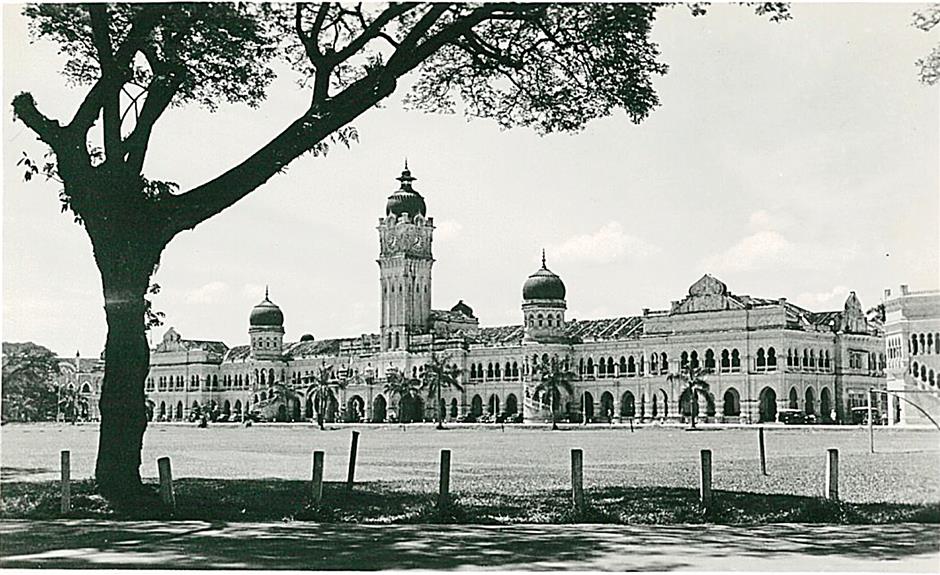 The Sultan Ismail building in 1947.

The family left Malaya in 1952, five years shy of independence in 1957. “It was a pity we didn’t stay longer. By then, my brother and I spoke Malay and he reckons we could even speak some Cantonese,” says Palmer.

Despite the hardships her mother wrote about, Palmer has nothing but fond memories about her childhood in this country. “My brother and I had a nice friend called Ali, who was the driver’s friend. And there were also children of the rubber plantation and tin mining owners. There were lots of children’s parties,” she recalls with a smile.

“Our parents tried to make it as much of a normal life as possible. My brother and I were really lucky to experience this. How many children got to be overseas at that time? We also had that big house in Batu Gajah with its big gardens. We’re just lucky to have had that experience. I think, in a way, it was an idyllic childhood.”