While many boys grow up dreaming of airplanes, few actually end up running a business selling model aircraft.

Alex Yap has been playing with model aircraft since secondary school.

Thanks to the efforts of local airlines in promoting the aviation industry as a career choice and to the widely acclaimed Hong Kong TV drama “Triumph in the Skies”, Yap like many other bright-eyed school graduates during the early 2000s, worked their way throughflight school.

Not satifisfied with the real thing alone, Yap has also managed to monetise his passion for aircraft miniatures.

Today, not only is Yap a pilot, he and three other partners run a business specialising in model aircraft. His other partners prefer to remain unnamed as some are still working as pilots.

The four partners, who met during their days in the flying academy, established My Hobby House in March 2010 as an online retailer of commercial aircraft models. 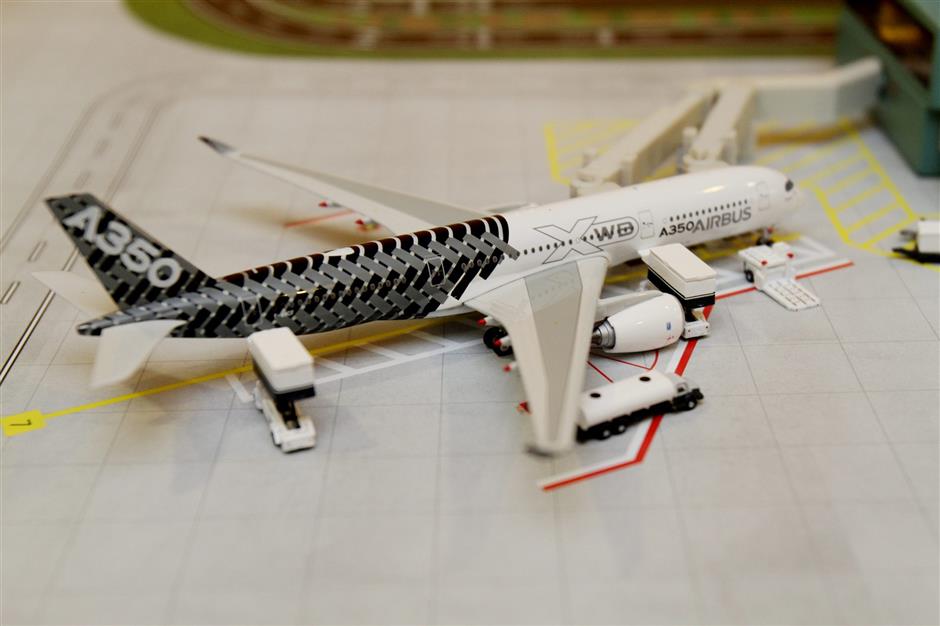 While waiting for a job opening in the aviation industry after his graduation in 2009, Han tinkered with his miniature aircraft and had wondered if there was a cheaper way to acquire his model planes.

“They are not cheap! It is an expensive hobby. Sometimes, my allowance for two months’ couldn’t even get me one plane.

“The only way to get them cheaper was to get a supplier. But since suppliers only sell in bulk, I thought it would be a great idea if we could buy the models in bulk and sell them as a small business,” he said.

Han promptly proposed his business idea to the rest of the group and the other three, all equally jobless, thought it was worth a try.

The low cost of starting the business was a big draw for the four friends. Each of them only forked out RM2,000 as they were unsure whether the idea would take off.

They approached two manufacturers to provide them with a direct supply of models for their venture. Han says that the suppliers were enthusiastic about their business idea as the manufacturers did not have any established distribution channels in Malaysia at that time. 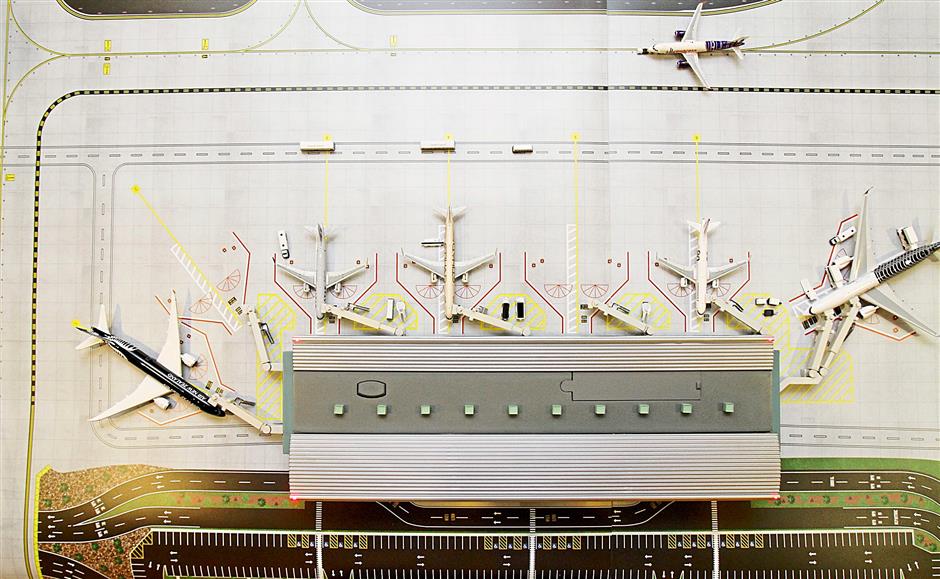 A miniature airport set at My Hobby House. A set such as this would easily cost collectors a few thousand ringgit.

With RM8,000, they purchased 80 model commercial planes and looked to the Internet to help sell their stock.

“We used whatever online resources available to us to promote and sell our planes. We had to make sure that our planes sold as fast as possible because there was a new release of stock from our supplier every month. So we couldn’t hold on to our stock for too long,” Han explained.

My Hobby House sold about RM2,000 worth of products in its first month and the team only took out a minimum order from the manufacturer in the second month.

While the first few months were not easy, My Hobby House started gaining some traction among hobbyists as the go-to source for model planes.

The team then invested in a website to ramp up its growingsales online.

“Collecting model aircraft is quite a niche hobby so it is a small market. But there are no retailers for these miniature planes and those that sell them usually source their stock from third parties. We don’t know anyone else who is getting their planes directly from manufacturers. 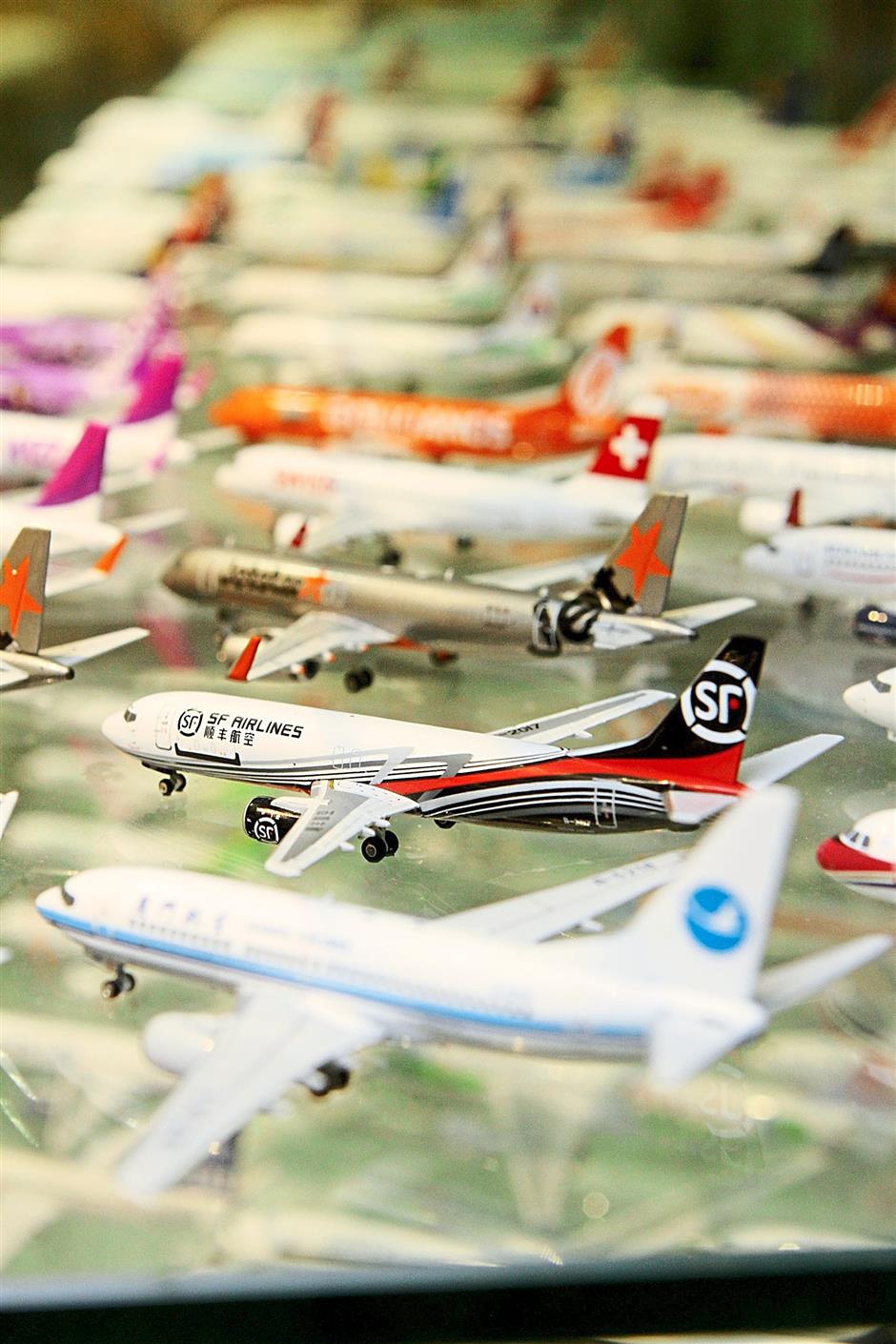 My Hobby House stocks up on a wide variety of miniature commercial airplanes for collectors and aviation enthusiasts. — Photos by Yap Chee Hong

“We didn’t really think the business idea would work. We were all jobless at the time and thought this was something we could try. One of the partners even had to borrow his share of the money from his father,” said Yap with a laugh.

Even as the business grew, the partners found jobs as pilots in various airlines.

After one and a half years of running a purely online business, My Hobby House set up shop in a nondescript shoplot in SS15, Subang Jaya in late 2011.

Han explained that the core business is still very much focused on online sales, but some customers gave feedback that they preferred going to a physical shop to touch and feel the planes before buying them.

Currently, about 30% of their clientele make their purchases at the shop, which is located on the second floor.

Not having a display window to attract passersby seems to be of no concern to the partners.

“It is a niche market. Those who come to our shop are people who have already decided to buy a plane and looked for us,” said Yap.

Having a business that caters to hobbyists means repeat customers.

According to Han, My Hobby House sells more than 500 model planes a month and generates average monthly sales of about RM60,000 to RM80,000.

And Han is certain that business will only get better as he already has plans to extend My Hobby House’s current retail space to house bigger displays.

“There are quite a lot of new collectors coming into the market so that means new business for us. The value of these planes increases with time as manufacturers only make a limited number for each model. Once the batch is sold out, they don’t make any more. So it can become quite valuable for collectors,” Han said.

When asked if most pilots were as enthusiastic about collecting model aircraft, Han laughed and replied that 99% of collectors were not from the aviation industry.

This bodes well for the growth potential of My Hobby House as Han acknowledges that margins for the miltary models are better and it appeals to a different set of collectors from commercial plane models.

“I imagine the military models will be a new growth segment for us and it could potentially grow to be as big as our commercial plane segment,” he said.

“It has been quite an achievement when we look back and see how far we have come, that we have survived till today and can still grow from here. It makes everything worth it,” Han added.