An electronic giant billboard that is impossible to ignore stands at the busy junction of Jalan Bukit Bintang and Jalan Sultan Ismail, Kuala Lumpur.

Measuring 54.864m high and 6.7056m wide, the B-Square screen is the first of its kind to be developed and introduced in Asia by Emkay Group subsidiary, Moving Walls Sdn Bhd (MW).

Powered by a pioneering Disruptive Technology, the screen looks to engage people the way no other billboard does — by enabling real-time engagement with its display content via the mobile phones.

Speaking at the launch, MW managing director Azmil Khuzaid Zakaria said the continuous development of technology and social media would shape the way in which advertising agencies communicate brand messages.

“While technology continues to influence media industry, out-of-door mediums have not bridge the last mile — until B-Square is introduced,” said Azmil.

“Through this digitally interactive smart screen, advertising agencies could propel brands by connecting directly with passers-by.”

He said they were also keen to put up similar billboards in Penang and Sabah. 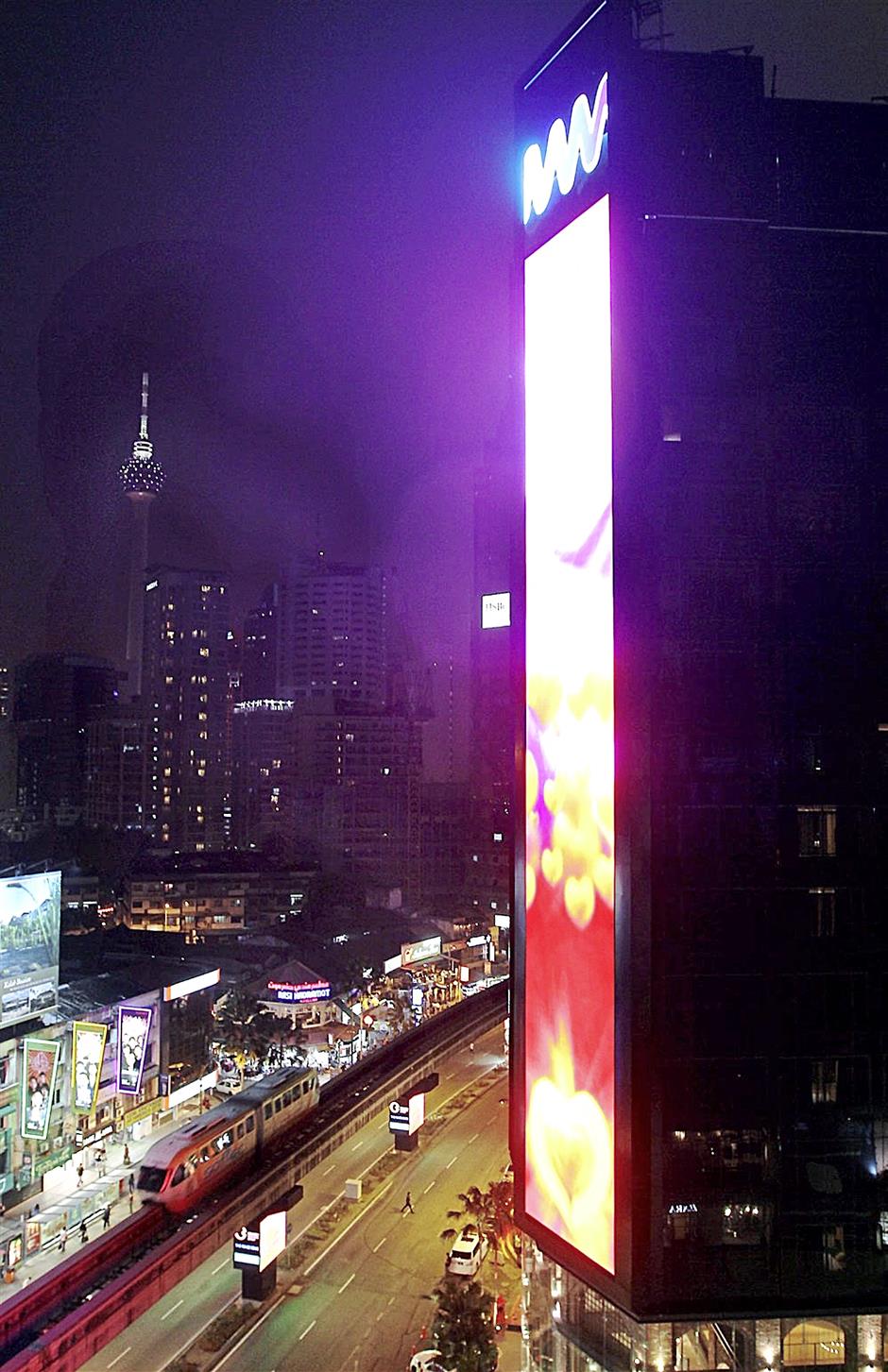 The B-Square screen brings vibrancy to the KL cityscape, even more so after the sun seats.

Kuala Lumpur mayor Datuk Seri Ahmad Phesal Talib, who was present at the launch, has also identified how the billboard adds points to the urban cityscape.

“B-Square captures another dimension for the city scene that is visually arresting,” said Ahmad Phesal.

Expressing his full support, he also suggested a similar board to be placed at Dataran Merdeka.

“Why not? This innovation can contribute to the cultural and social aspects to the Kuala Lumpur city scene,” he said.

The mayor also gave out prizes to the winners of Moving Minds Challenge at the event.

The contest was held over a two-week period where 11 brands and their respective advertising agencies submitted interactive contents to engage the Bukit Bintang crowd.

Leo Burnett took the two top prizes for their McDonald’s and turtle conservation advertisements while Mindshare won the third placing with their BP Castrol campaign. They won a total of RM1mil in B-Square airtime.