Malaysia is deemed as the best place to store tea as the tea fetches a better price than that stored in Indonesia or Thailand.

BACKED by a 2,000-year history, Pu’er tea is among China’s top ten and has increasingly become an attractive investment for tea lovers today.

The market for Pu’er tea is relatively small, with only about 20 million to 30 million consumers worldwide. However, with Pu’er tea generating an average compounding return of 10% a year, the trend of collecting Pu’er tea is becoming increasingly popular.

executive director and chief operating officer Tan Keng Kang has been an avid tea collector since he was 14, While he was initially influenced by his parents’ love of Chinese tea, today, he is the tea expert for Hai-O and is also the president of the Pu’er Chamber of Commerce in Malaysia.

As a boy, Keng Kang remembered his father, Tan Kai Hee, who is the managing director of Hai-O, buying over a tea company – Chop Aik Seng Sdn Bhd – that had already been in existence for 100 years. Thus, after school, Keng Kang would head to the Chop Aik Seng tea shop to do his homework. Just for fun, he bought a few discs of Pu’er tea.

“It was really cheap, under RM10. And I remember that without having to wait very long, in about one to two years, my Pu’er tea had doubled in price! At that time, I felt it was such a windfall. This fired up my interest in Pu’er investing,” says Keng Kang. 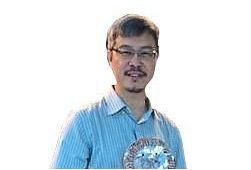 Keng Kang started researching the different teas when he was 14. He also noticed another trend – while people would buy a few packets of Ti Kuan Yin tea, they would be buying Pu’er tea by the cartons. Why was this so?

First of all, the Ti Kuan Yin tea is best consumed within a year. On the other hand, the older the Pu’er tea, the better. It can even be kept for 100 years to be passed down to the next generation. Like wine, the older the tea, and depending on its place of origin and how it was manufactured, Pu’er tea becomes a lot more valuable over time.

Historically, Pu’er tea a top China tea, abundantly produced in Yunnan Xishuangbanna and Simao, and other south-western counties. Records of Pu’er tea date back to as early as the Eastern Jin Dynasty (317–420 AD), and records of the Tang Dynasty also show Pu’er tea trade.

Another reason for the tea’s popularity is its claims of health benefits.

Meanwhile, another major development for Pu’er tea took place in 1995. Prof Deng Shihai from Taiwan published a book entitled Pu’er Tea, which until today is considered the bible and authority on Pu’er tea. The publication of this book immediately increased the awareness and interest in Pu’er tea.

Keng Kang says he read every single word in the book and became even more interested in seriously developing the Pu’er trade.

“Although Pu’er tea is not traded in the open market, it is not difficult to find a buyer. First of all, it is real and consumable. If you have a packet of Pu’er tea from 1960, how can you replicate it? There is the place it was grown, the season and how it was plucked, among many other factors, to be considered. Once it is consumed, the tea is gone forever,” says Keng Kang. Another example of a good investment made by Keng Kang was in 1996, when he bought 400 discs of Blue Label Pu’er tea for RM15 each. Today, each piece fetches some RM7,500.

So, how often does Keng Kang buy his tea now?

“That’s difficult to answer. How often do you buy your shares? As and when I see opportunities,” he answers.

Hai-O currently has a very substantial collection of Pu’er tea worth tens of millions. Keng Kang also has a private collection.

In recent years, Hai-O has championed the “Malaysian storage” concept for Pu’er tea because of ideal weather conditions in Malaysia.

“Malaysia is the best place to store tea. The tea stored here always fetches a better price than the same tea stored in Indonesia or Thailand, for example,” says Keng Kang.

“If we are able to successfully market the idea that Malaysia is the best store place for tea, then we can eventually set up a facility to store all these tea. From there, we can develop Pu’er tea to make it a tradable commodity.

“My ambition is to create a standard for Pu’er tea, and for Hai-O to become the authority on Pu’er,” says Keng Kang.