‘To bring about change, you must not want the job’

IN January, Tan Sri Shamsul Azhar Abbas, the-then president and chief executive officer (CEO) of Petroliam Nasional Bhd (Petronas), received a picture of his son in school from his wife. He broke down, realising how much he had missed the child growing up.

“I broke down ... where was I all these years?” asks the 63-year-old gangling oil industry veteran, who could easily be passed off for a Texan oil baron had he donned a “cowboy” hat.

The interview at MMC Corp Bhd

’s office in the city is not far from his work address at the Petronas Twin Towers, where one has to pass through several layers of security checks before getting into a spacious room for a meeting with the top man who is responsible for the country’s only Fortune 500 company.

At the MMC office, there was a minimum of fuss as we made our way to the penthouse to see Shamsul, who is the chairman of the conglomerate. We were ushered into a conference room with frosted glass doors and partition. Shortly afterwards, Shamsul enters, donning a checkered shirt and looking very relaxed.

“I’m relaxed ... you can see that right?” was his opening remarks to a two-hour interview.

In his first meeting with the media after leaving Petronas in April, Shamsul is still his usual candid self. In his own words, he says that “his mouth works faster than his mind” and that is why he is “licking his wounds”.

It may sound incomprehensible to the uniniated, but Shamsul, in his five years as president and CEO of Petronas, brought about significant changes to the organisation and instilled the importance of governance, competence and meritocracy.

This did not go down well with some bumiputra pressure groups, but Shamsul stood firm as he inculcated a reward system based on meritocracy and competency.

In an interview with StarBizWeek, Shamsul stresses on why governance is so vital to ensure Petronas’ survival, how everyone must get used to a new low oil price environment, and what is so different about its multi-billion project in Canada.

You brought about changes in Petronas that did not go down well with the external world. What were those changes?

The corporate world has been politicised. I am still licking my wounds because I have been fighting for independence. As president of Petronas, I was the custodian of something that belongs to all Malaysians. We need to fight for independence to prevent any abuse. The main thing I did was to change Petronas to become an international oil company from a national oil company. Initially, there was too much complacency.

As a Fortune 500 company, we must act like one. That means acting as if we are a public-listed company although we are a private company. That is the only way to bring hygiene and governance to a company.

We put in a remuneration and nomination committee to the board. We introduced quarterly reporting of our performance.

We also strengthened our board by bringing in people from the corporate sector. That means putting in people who are there purely for their competency. For example, Datuk Mohamad Idris Mansor is the father of upstream oil and gas, and we need someone like him on the board because Petronas’ portfolio is 65% upstream. If you take him away, who would take that role? I also brought in four others, including Datin Yap Siew Bee and Datuk Harry Menon. On that note, I must add that it is very hard to change behaviours. To bring about change, you must be in a position where you don’t want the job. When you want the job, you tend to bend backwards for others.

You keep stressing on governance and competency as crucial in ensuring Petronas survives? Why?

Governance is the key thing in ensuring the resilience and continuity of Petronas. We must de-link politics from business. We cannot be giving positions to retired civil servants as reward. If they do not have the competency, what is their contribution to the board? Their presence may also dilute the effective decision-making process of the board.

At the end of the day, the success of a company is based on its people. If you take the good people away, even if the structure is in place, the governance will eventually erode.

I picked Wee (Datuk Wee Yiaw Hin – executive president and CEO of Petronas Upstream) simply because he was the best. I brought in Datuk Mohd Anuar Taib, a former Shell Malaysia chairman, because he was good at upstream.

We reward people based only on competency and meritocracy. The company needs a good remuneration system to handcuff these people to the company. We reward purely based on their ability to perform. Structure aside, we put resilience in the company so that it is able to survive a downturn. If the governance remains intact and with the right people, Petronas will survive the downturn.

Considering that oil prices have dropped tremendously, do you think it would have been better to have delayed the US$5.7bil acquisition of Canada’s Progress Energy Resources Corp back in 2012? The construction of the liquefied natural gas (LNG) export terminal in Canada is expected to start this September. Would it be a burden to Petronas’ balance sheet?

Progress Energy had huge shale assets but not financial capacity to expand. They were looking for a way out, and we were able to come in at a good price. After the acquisition, what we did was to create a buyers consortium. The result of this was that even before building the facility, we were already sold out! More than 80% of the hydrocarbon molecules are already sold out now and that would help in making the project financially viable.

Furthermore, the future is going to be gas. Petronas has been supplying LNG to the Japanese over the last 25 years with zero incidences. So we have the track record. We wanted to monetise this capability where we supply gas not for our domestic consumption, but for LNG to other countries.

What about the US$2.5bil acquisition of the 27.5% stake in Gladstone’s LNG project in Australia in 2008? Any regrets there?

That acquisition was made before my time. When I came in, we were in the process of doing the FID (final investment decision). Also, Australia is different from Canada. Gladstone LNG produces coal bed methane. It is a totally different way of producing gas. The strength of the Australian dollar has been a problem for everyone who invested there. So, I feel that the second wave of oil and gas in Australia is over. It is becoming too expensive there, and is in fact cheaper in Canada and America. I think the Australians are starting to realise that, and that is why the Aussie dollar is weakening.

What about Petronas’ RM60bil Refinery and Petrochemicals Integrated Development (Rapid) project in Johor?

Rapid was not a new idea. What is for sure is that Malaysia’s gas reserves are depleting. If offshore gas is depleting, we are going to need more feedstock. Naphta is the feedstock used to produce petrochemical products. So we thought, why not balance ourselves and build a liquid cracker complex (cracker complexes are needed to break down naphta to its other by-products).

For Rapid and Pengerang to survive, it needs to be near Singapore. And it needs to complement Singapore, not compete with Singapore. There was initially a lot of dissatisfaction, and people wanted it in Yan, Kedah. It would be a lot more costly to have it there, as we would have to absorb the extra cost. Some people don’t understand basic economics.

How do you see oil prices?

I speak purely based on my own opinion, and not as a representative of Petronas, I see oil prices staying at the US$45 to US$55 range over the next three to four years. This is based on a few things. Firstly, the Organisation of the Petroleum Exporting Countries or Opec has made it clear that it will match its oil prices to how shale oil is priced. So, how low can shale prices go?

For now, averagely the cash breakeven is around US$41. So, as long as WTI Crude oil is above that price, they will make money.

Secondly, there is the issue of sanctions being lifted on Iran. We don’t know when that will happen, but that already creates the fear factor. People also forget about new technology. While not yet commercial, new shale technology is being tried out. If this happens, the break-even cost of shale could go to as low as US$12 to US$24.

So, will our Malaysian service providers survive under such a scenario?

Only those that have gone overseas will survive. This is because they have a more competitive mindset and have some economies of scale. Those who are only dependent on Government contracts, the wannabe companies that are contained here, will not survive. This is a good time to weed out the weak players. Many of them are still operating at a cost structure of between US$65 to US$75. Low oil prices are the new norm. If I were in Petronas, my budget for 2016 would be based on oil prices at US$50. 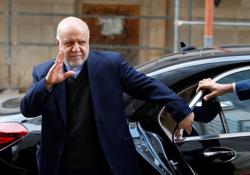