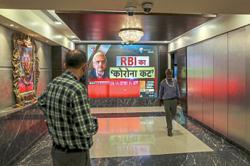 PETALING JAYA: The Securities Commission (SC) has taken enforcement action against Kenneth Vun (pic) and six others for creating a false market in the trading of DVM Technology Bhd shares over a one-week period in March 2006.

The SC is seeking a disgorgement of all profits earned by Vun from the DVM share trades and the others, as well as a civil penalty of RM1mil from each of them. The SC is also seeking for the seven to be barred from being directors of public-listed companies and from trading on the stock exchange for a period of five years.

The 40-something, who hails from Sabah, is also linked to an ongoing boardroom tussle at Harvest Court Industries Bhd.

This is the second time that the SC is instituting an action against Vun. In November 2009, the SC obtained an order from the High Court requiring Vun to make a restitution of RM2.49mil to FTEC Resources Bhd for using a portion of its public issue proceeds for his own benefit.

The High Court also ordered that Kenneth Vun be further restrained from directly or indirectly managing the funds of FRB and any of the FTEC group of companies. This decision was affirmed by the Court of Appeal in 2011. Vun’s application for leave to appeal to the Federal Court was dismissed in the same year.

Vun was then the major shareholder and managing director of FTEC Resources. Vun resigned from FTEC Resources after the suit and had since then stayed away from the corporate limelight until recently.

DVM is an information technology solutions and services provider listed on the ACE Market.

The market regulator said the defendants’ actions had created a false or misleading appearance of active trading in DVM shares as well as the price of the shares.

Apart from Vun, the six others named in the suit are Teng Choo Teik, Simon Lin Siang Hock, Lye Pei Ling, Chuah Hock Soon, Choong Lay Ti and Gui Boon Huat. It is understood that they were retail investors.

The SC added that the disgorgement of all profits earned by the defendants as a result of the manipulation that it sought was to be used to compensate affected investors.

“Manipulation threatens market integrity and this continues to be a key focus area at the SC,” SC executive director of enforcement Ahmad Fairuz Zainol Abidin said in the statement. He said this case reflected the regulator’s commitment in addressing market manipulation and reiterated that it was serious in its efforts to bring offenders to book.

In the case of Harvest Court, Vun’s name has surfaced as supposedly holding more than a 10% stake in the company and being a party linked to Datuk Eddie Chai Woon Chet, who is embroiled in the boardroom tussle with embattled chief executive of Harvest Court, Datuk Raymond Chan.

Vun had come out to deny claims that he held any shares in Harvest Court, but Chan last week made public a taped conversation that he claimed proved that parties out to oust him controlled more than 33% of the company and were avoiding a mandatory general offer (MGO). In the recorded conversation between Chan and the person he claimed to be Chai, the latter claimed he had 33% or 34% of Harvest Court shares. In the same recording, Chai was also heard saying that Vun had 10% of Harvest Court shares and was supporting him.

The latest revelation in the control for Harvest Court adds more spice to the boardroom battle between Chan, Chai and Vun, who are incidentally all from Sabah.

The controversy has thrust the spotlight on Vun because he does not appear to hold any shares in Harvest Court based on announcements.

Based on listing requirements, shareholders with more than 5% of a company should disclose their interest.

Chai denied last month allegations that he and his associates had a controlling stake in the company, and that he had told Chan that Vun owned 10% of Harvest Court. To back up his denial, Chai, on June 30, served a legal suit against Harvest Court and its six directors, including Chan. But on July 11, Chan filed a suit against Zenith, Chai and 32 others for their failure to make an MGO to the company’s shareholders.

Vun, a familiar name to most stockbrokers, shot into the corporate limelight when he was in his 30s. Using funds from selling his shares in his flagship company, FTEC Resources, he had, at one time, held stakes in as many as five listed companies.