A pedestrian walks in front of the Bank of Japan headquarters (rear) in Tokyo on Dec 20, 2013.A Reuters poll of econommists suggest that companies are unlikely to raise wages of workers, posing a challenge to Abe's economic plan to revitalise Japan - AFP Photo.

TOKYO: Japanese companies are unlikely to raise wages significantly this year and inflation will be well below the official target, economists said in a Reuters poll, suggesting tough challenges for Prime Minister Shinzo Abe's drive to end years of falling prices and generate robust growth.

The forecasts bolster the view that, with a few high-profile exceptions, businesses are cautious about passing on higher profits to employees, which is seen as vital to Abe's hopes for sustained growth in the world's third-biggest economy.

The economists in the monthly survey are also pessimistic that the Bank of Japan can meet its goal of 2% consumer price inflation by next year.

Abe's massive monetary and fiscal stimulus have turned around the economy, which has been mired in 15 years of deflation. The yen has sunk and stocks jumped, boosting corporate profits and reviving growth.

But stable expansion and a positive cycle of rising prices, wages and spending still appear a difficult goal.

In recent years labour unions have used annual wage negotiations largely to preserve jobs, but as the talks start this year, workers are again seeking increases in base pay – not just bonuses, which can easily be reversed if the economy falters.

"Wage increases will be limited to some big corporations and will focus on younger, lower-paid employees," said Takeshi Minami, chief economist at Norinchukin Research Institute.

Under direct pressure from Abe, a few big-name companies such as Toyota Motor Corp and convenience store chain Lawson Inc have suggested they may raise base pay.

On Wednesday, the biggest business lobby already urged wage increases, but there is little sign this will become a trend.

Eleven of 13 economists in the Reuters poll said companies are unlikely to increase annual wages significantly. This is in line with a September Reuters survey of companies, which found few planning base-pay raises.

The early turnaround in consumer prices has been driven by the weaker yen, and any salary increases are unlikely to boost spending and prices as much as Abe and the Bank of Japan want, according to the Reuters poll of 14 economists conducted from last Thursday to Tuesday.

Japan's core consumer prices will rise 0.9% next fiscal year, excluding the impact of a tax increase on April 1, the first day of the fiscal year, ticking up to 1% in fiscal 2015-2016, the poll predicts.

The forecasts are up slightly from 0.8% and 0.95% projected last month but remain far below the BOJ's target of about 2% by around 2015. Inflation in November was a five-year high of 1.2%.

"Recent price increases were led by the effect of the yen's weakness," said Junko Nishioka, chief economist at RBS Securities. "It is hard to expect the pace of the yen's fall will continue, so price increase is also likely to slow down."

And even though price rises will be tepid, they will still outstrip wage growth, she said, as smaller companies have not recovered much under Abenomics.

Last month, the government dropped the term "deflation" from its economic assessment for the first time in four years. But it stopped short of declaring victory over deflation, citing risks from overseas economies.

The yen is down 18% against the dollar from a year ago, boosting exporters' profits and raising import prices, notably for fuel.

Japan's economic growth outpaced its G7 counterparts in the first half of last year, led by hopes for Abe's bold steps before slowing in the third quarter due to soft exports.

The economy is set to continue recovering this fiscal year as companies and consumers rush to beat the rise in the sales tax, the survey showed, with annual growth forecast at 2.5%, unchanged from last month's survey.

After the tax increase to 8% from 5%, Abe may come under pressure for further government stimulus spending late this year to ensure the economy is strong enough to weather a planned second tax hike to 10% in 2015, Minami said – Reuters. 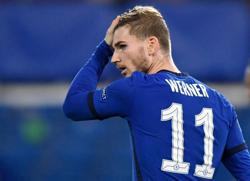 Chelsea frustrated in 0-0 draw with Sevilla