Something very interesting is happening in the world right now. As suggested by author Chris Anderson’s latest book title, we’re undergoing a ‘New Industrial Revolution’. Individuals, entrepreneurs, inventors and makers are gaining the ability to manufacture objects on their own, becoming their own custom factories.

At the same time, manufacturers are able to create the adventurous, one-of-a-kind products that previously would have been the domain of individual artisans. This blurring of the lines between individuals and manufacturers is largely due to the increasing availability and affordability of 3D printers – and it stands to benefit both groups. 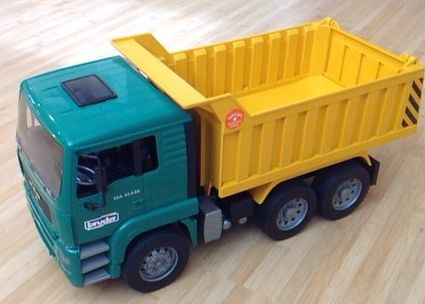 CHECK THIS OUT: A truck designed with Autodesk 123D Catch software.

What is 3D printing?

3D printing, which has been in active use in the manufacturing industry since the early 2000s, is the process of making three-dimensional solid objects from a digital model.

Sometimes referred to as additive manufacturing, a 3D printer reads a digital model much the way a regular printer reads a Word or PDF document. Instead of laying down ink or toner onto a piece of paper, a 3D printer lays down successive layers of material – most commonly plastic, metal, or ceramics – until a three-dimensional object emerges.

The viability of 3D printing has emerged in tandem with the advancement and democratisation of 3D design or CAD software, which allows users to easily create a digital 3D model of an object and optimize the design before anything has been built.

The combination of these two technologies – 3D design software and 3D printers – means that it is easier than ever for companies of all sizes and even individuals to take an idea for a product and turn it into a physical object. And 3D printing allows you to materially transfer something from one part of the world to another – to essentially go from bits to atoms.

To understand just how much potential 3D printing has to transform traditional manufacturing processes, it is helpful to look at a Canadian company called Kor Ecologic, which produced the automotive industry’s first 3D printed car.

The company designed the fuel efficient, two-passenger hybrid car – which it calls the Urbee – using 3D design software, and all of its body parts were made using 3D printers, including its glass panels.

It is unlikely that such an iconoclastic vehicle would’ve been produced by the large automotive companies, with their traditional assembly line manufacturing processes.

On the consumer products front, Nike, the giant shoemaker, lets customers personalise and design their own Nike merchandise through its Nike iD service. Individuals choose the colors, materials and personal identification, and then Nike manufactures it.

What once would have the province of urban hipsters – customised sneakers – is now fully within the capability of a large global company. Nike gives its customers the powerful ability to customise a product before it gets made, and then turn their design ideas into reality.

3D printing techniques are even reaching into space to help astronauts. When humans get to Mars someday, they may drive around the surface of the Red Planet in a rover being tested by NASA that incorporates 3D printed parts.

Meanwhile, individual entrepreneurs and design enthusiasts are becoming manufacturers in and of themselves.

A big reason is that desktop 3D printers have come down in cost so dramatically. The professional machines used to run for hundreds of thousands of dollars, putting them out of reach of amateurs. But now, one can own a MakerBot Replicator for under US$2,000 (RM6,000) and bring a 3D model into the physical world for pennies. MakerBot recently opened a retail store in New York City.

This increasing affordability and accessibility has facilitated the rise of the “maker community”: a rapidly growing community of do-it-yourselfers interested in metalworking, woodworking, engineering, robotics, and anything else that allows them to “make” something cool.

Companies such as Shapeways, i.materialise and Sculpteo have sprouted up to provide a way for these entrepreneurs and hobbyists to bring their ideas to life and share them with the marketplace.

These types of companies work much the same way: an individual has an idea for a product, and models their design using 3D design software. After uploading their design to the company’s website and selecting order details, the company manufactures the product using 3D printers and ships it anywhere around the world.

Shapeways is currently building the largest consumer-facing 3D printing manufacturing facility in the world in Queens, NY, with the potential to 3D print three to five million unique products each year on high-end, industrial size printers.

With 3D printing so readily available, today’s hobbyist can easily become tomorrow’s successful small business. Take the case of entrepreneur Janne Kyttannen, who saw the potential of 3D printing more than a decade ago, when he was a student at Gerrit Rietveld Academy in the Netherlands.

Shortly after graduation, he founded Dutch design brand Freedom of Creation. Today, the company’s trendy design objects, furnishing complements, lighting and accessories—all of which are produced via 3D printers – grace the interiors of luxury hotels and museums around the world.

As these examples illustrate, the factory of yesterday is evolving into a global community of custom design and personal fabrication services.

The Wohlers Report, an annual in-depth study of the advances in additive manufacturing technologies and applications, estimates 3D printing will be a USD$3.1bil industry (RM9.3 billion) by 2016 and a USD$5.2 billion industry (RM15.6bil) by 2020.

As 3D printing continues to grow and become a part of the mainstream, the gap between individual artisans, hobbyists, and entrepreneurs on one side, and large manufacturers on the other side, will continue to close.

As each side gains characteristics of the other – as individuals with bright ideas gain the power of manufacturing, and as large manufacturers gain the ability to create more individualistic products – the ultimate result will be better product choices in the marketplace. For consumers and businesses alike, that makes 3D printing a positive and promising development.

(Chris Lee is the Autodesk Regional Industry Manager (Manufacturing), Asean. Chris is responsible for formulating the sales and marketing strategy and building a strong regional team for driving the Manufacturing industry business in the Asean region.)