‘Pics or it didn’t happen.’ DJs paid to hype up Google phones never had them, US feds say 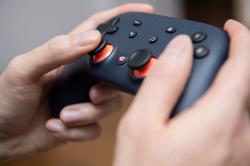 Google told radio DJs to ‘describe their supposed personal experiences with the Pixel 4’ even though the phone wasn’t available and Google refused to provide the DJs with the phone, officials said. — Photo by Daniel Romero on Unsplash

DJs told their listeners how much they loved their new Google Pixel 4 phone – but prosecutors said most didn’t have one.

Now Google is set to pay US$9mil (RM39.60mil) and iHeartMedia is set to pay US$400,000 (RM1.76mil) to “resolve allegations that Google paid DJs at iHeartMedia to offer misleading personal endorsements of the Google Pixel 4 cellphone, even though most had never used the phone”, according to a news release from California Attorney General Rob Bonta.

McClatchy News reached out to Google and iHeartMedia on Nov 29 and is awaiting a response.

In 2019, Google teamed up with iHeartMedia for an ad campaign for the Google Pixel 4, officials said.

Google told radio DJs to “describe their supposed personal experiences with the Pixel 4” even though the phone wasn’t available and Google refused to provide the DJs with the phone, officials said.

Google wrote scripts for the radio personalities, saying the Google Pixel 4 captured the most pristine night photos of their son’s football game, a meteor shower and even a rare spotted owl that landed in their backyard, according to the lawsuit.

“Pics or it didn’t happen, am I right?” the script read, according to the lawsuit.

“It is common sense that people put more stock in first-hand experiences. Consumers expect radio advertisements to be truthful and transparent about products, not misleading with fake endorsements,” Massachusetts Attorney General Maura Healey said in a news release from the Federal Trade Commission.

In 2019, before the ads were recorded, an employee at iHeartMedia reached out to Google’s media-buying agent asking for phones to be sent to the radio personalities, according to the lawsuit.

“We cannot require talent to use ‘I’ in voiced spots when they have not physically used the product. For this reason, we may receive spots from stations that adjust the tense slightly to remove the personalisation of ‘I’,” the email said, according to the lawsuit.

A Google employee responded to the request, saying the company was not able to give the radio personalities the phone because it wasn’t on the shelves yet, according to the lawsuit.

Adding to the monetary penalties, Google is facing a 20-year order that prohibits the company from making misrepresentations or hiring endorsers to mislead consumers on products, officials said.

“Asking DJs to share personal experiences about a product they had not used is misleading – and a violation of state consumer protection laws. As Attorney General, I won’t stand by when consumers spend their hard-earned money based on a lie,” Bonta said in the release. – The Charlotte Observer/Tribune News Service

Google Pixel 4 test: You can't see this many stars with the naked eye

Google Pixel 4: What we know so far

Subscribe now to our Premium Plan for an ad-free and unlimited reading experience!
Smartphones Advertising & Media 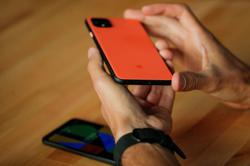