‘Pay the money or we will kill you.’ Former teaching assistant blackmailed ex, US feds say 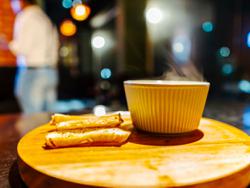 FBI agents executed a search warrant for Khalaf’s home in August 2021, where they seized several computer devices, authorities said. Khalaf admitted to sending threatening messages to the woman, according to his plea agreement. — Photo by Philipp Katzenberger on Unsplash

A former teaching assistant is accused of threatening and blackmailing his ex-girlfriend – previously a student of his at Saint Louis University in Missouri.

Hussein Kadhim Abood Khalaf, 34, demanded sex and US$30,000 (RM131,010) from her, and when she didn’t comply, he said he’d kill her, according to federal court records filed in the Eastern District of Missouri.

Now Khalaf has pleaded guilty to a misdemeanor blackmail charge, authorities said in a Dec 1 news release. Khalaf is an Iraqi citizen in the US on a student visa.

“(Pleading guilty) was a sensible outcome for the circumstances,” defense attorney Charles C. Lozano said in a statement to McClatchy News. “Mr Khalaf is ready to move on with his life.”

Khalaf was the woman’s teaching assistant for one of her classes in fall 2020, according to his signed plea agreement. They dated for a short time in December 2020.

Beginning in late December to early January 2021, authorities said Khalaf began communicating with his ex through an Instagram account, pretending to be someone named “Mohammand Ali Ahmad Almazroui”. The woman “was led to believe that Almazroui was friends with (Khalaf)”.

She sent nude photos to “Almazroui”, who then threatened to forward her pictures to others if she didn’t meet him for sex, according to the plea agreement. She said no and reported it to the FBI.

The woman then learned a fake Instagram account was created in her name, officials said. The person behind the account – later identified as Khalaf – told her he was unable to hack her actual account, so he made a new one.

In January and February 2021, the woman began receiving threatening messages via Instagram and from several phone numbers, according to court records.

One of those messages told her to “bring $30000,” and another said, “Scared? I will send videos to your family,” authorities said. Other messages said “Money or your life?” and “pay the money or we will kill you.”

Authorities traced the threats back to Khalaf, according to the plea agreement.

FBI agents executed a search warrant for Khalaf’s home in August 2021, where they seized several computer devices, authorities said. Khalaf admitted to sending threatening messages to the woman, according to his plea agreement.

While in court, Khalaf said he was expelled from Saint Louis University but planned on petitioning for readmission, according to the news release. He has also acknowledged the case “could impact his immigration status or result in deportation”.

Saint Louis University did not immediately respond to a request for comment from McClatchy News on Dec 2.

In pleading guilty to a misdemeanor blackmail charge, he faces up to a year in prison, a year of supervised release and a US$100,000 (RM436,700) fine, according to his plea agreement. – The Charlotte Observer/Tribune News Service 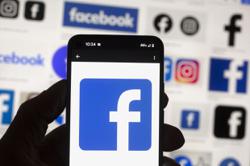