FILE PHOTO: Representations of cryptocurrency Bitcoin, Ethereum and Dash plunge into water in this illustration taken, May 23, 2022. REUTERS/Dado Ruvic/Illustration

"We are disappointed the proposed transaction timed out, however, becoming a public company remains part of Circle's core strategy to enhance trust and transparency, which has never been more important," said Jeremy Allaire, Co-Founder and Chief Executive Officer of Circle.

The company did not elaborate on its plans to go public. Circle is the principal operator of stablecoin USDC and reported a net income of $43 million and nearly $400 million in cash in the third quarter.

Earlier valued at $4.5 billion, Boston-based Circle had amended its agreement with Concord, which is backed by former Barclays boss Bob Diamond, in February and doubled its valuation.

Termination of the deal underscores receding enthusiasm for both special purpose acquisition companies (SPACs) and cryptocurrencies as turbulent markets fueled a bearish sentiment for risky bets.

Cryptocurrencies have fared far worse than other assets as rising interest rates and a string of high-profile collapses wiped away nearly $2 trillion from the sector's valuation. Bitcoin, the biggest token, is down by three quarters from its record high of $69,000.

"While there are a lot of challenges within the crypto and blockchain industry, I am of the very firm conviction that we are going to decisively leave the speculative value phase and enter the utility value phase, and stablecoins such as USDC will play a huge part," Allaire wrote in a tweet. 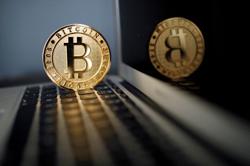