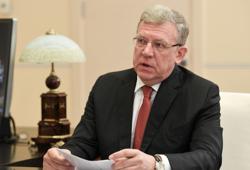 MOSCOW (Reuters) - Former Russian finance minister Alexei Kudrin said on Tuesday he would step down as head of the Audit Chamber to focus on private initiatives, with sources expecting him to take up a role at Russian technology giant Yandex.

Kudrin, who has been seen as both a pro-Western economic liberal and close ally of President Vladimir Putin throughout his career, would become the highest profile government official to leave a post since Russia sent tens of thousands of troops into Ukraine in February.

"In total, I spent about 25 years in the public sector," Kudrin wrote on his Telegram channel. "Now I would like to concentrate on big projects, which are linked with the development of broadly private initiatives, but which also have a significant impact on people."

The RIA news agency reported that the upper house of parliament, the Federation Council, would consider the proposal in a session on Wednesday after the Kremlin sent a document requesting Kudrin be released from his post.

He served as a powerful finance minister for more than a decade between 2000 and 2011, and while maintaining close ties with Putin, Kudrin kept a relatively low profile in his current role as head of the Audit Chamber, Russia's public spending watchdog.

Sources said Kudrin was expected to take up a role with the company, which last week announced a review of a possible sweeping governance overhaul that could see its Dutch parent company separate, selling most services in Russia and taking some international-focused business units with it.

Yandex, often dubbed "Russia's Google" dominates Russia's online search and ride-hailing markets, but has come under increasing pressure since Russia started what it calls a "special military operation" in Ukraine and has sold several departments seen as politically sensitive - such as its news service - to state-controlled rival VK. 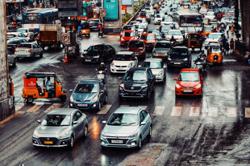