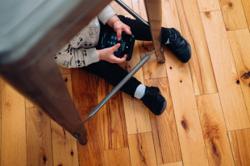 The teen’s Ohio Virtual Academy social studies teacher and 39 classmates saw the man approach the victim from behind, according to a Berea police report. — Photo by Sigmund on Unsplash

A 16-year-old girl was attending an online class when her stepfather sexually assaulted her on camera, according to police in Ohio.

The teen’s Ohio Virtual Academy social studies teacher and 39 classmates saw the man approach her from behind, according to a Berea police report.

Wearing only underwear, the 52-year-old man was then seen groping his stepdaughter at about 10.40am on Wednesday, Sept 28, police said.

“The teacher seeing this obscene behaviour reached out to our department... knowing that the student was attending online here at her home in Berea and made us aware of what she had seen,” Lt. Tom Walker told WOIO.

She also looked into the student’s file and learned the girl’s stepfather was a registered sex offender, police said. He was previously convicted of rape and gross sexual imposition of a nine-year-old girl.

An officer was able to review the video footage, and authorities said they received an arrest warrant for the man. He was arrested on a charge of sexual imposition.

McClatchy News is not naming the stepfather to protect the identity of the teen girl.

Police said school officials informed the girl’s mom of the incident, and they reported she “acted irate denying anything ever occurred before hanging up”.

“Ohio Virtual Academy (OHVA) is aware of the unfortunate incident last week, immediately reached out to the parents, and is continuing to work closely with the appropriate authorities,” Head of School Kristin Stewart said in a statement to McClatchy News.

“OHVA takes its obligations as a mandatory reporter seriously. We offered and are continuing to make available access to licensed school counselors and the availability of outside clinical staff through our partnership with Syntero.” – The Charlotte Observer/Tribune News Service

Subscribe now to our Premium Plan for an ad-free and unlimited reading experience!
Internet Courts Crime 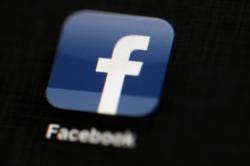