Tesla delivered 343,830 electric vehicles, while analysts on average had expected 359,162, according to Refinitiv. A year earlier Tesla delivered 241,300 units.

The latest deliveries fell far short of Tesla's production of 365,923 vehicles, which is rare for the automaker which has seen its deliveries higher or similar to production in many of recent quarters.

"Historically, our delivery volumes have skewed towards the end of each quarter due to regional batch building of cars," Tesla said in a statement. "As our production volumes continue to grow, it is becoming increasingly challenging to secure vehicle transportation capacity and at a reasonable cost during these peak logistics weeks."

The world's most valuable automaker also upgraded production lines at Shanghai after a resurgence in COVID-19 cases forced a suspension at the plant and fueled the first dip in deliveries after a nearly two-year-long record run.

However, the scheduled upgrade, along with disruptions at its suppliers' factories hurt most production in July.

Tesla said it delivered 325,158 Model 3 compact cars and Model Y sport-utility vehicle, as well as 18,672 of its Model S and Model X premium vehicles to customers during the quarter. 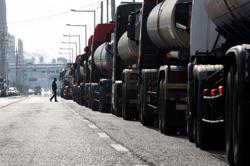 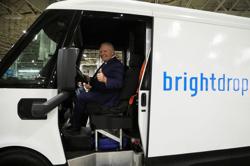