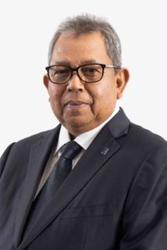 FILE PHOTO: The logo of the Securities and Exchange Board of India (SEBI), India's market regulator, is seen on the facade of its head office building in Mumbai, India, July 13, 2015. Picture taken July 13, 2015. REUTERS/Shailesh Andrade/File Photo

The Securities and Exchange Board of India said after a meeting of its board that companies would have to disclose key performance indicators, details of pricing of shares based on past transactions and past fund raising from its investors.

"The working hypothesis here is that the indicators that the company has itself internally been monitoring as well as sharing with their early private equity investors ... those are the parameters that would be relevant equally for the retail investor to know," SEBI chairperson Madhabi Puri Buch said.

"There should be no information asymmetry," she added.

Reuters reported in March that SEBI had started asking IPO hopefuls for such details even before the proposals were finalised, unsettling bankers and companies who feared delays to their listing plans.

The Board also allowed companies planning a stock market listing to submit a confidential "pre-filing" document, - a practice followed in the United States and Canada - to safeguard their sensitive business information.

Analysts believe that the move is in the right direction.

"This will go a long way in preventing price speculation which currently happens way before certainty of an IPO," said Arka Mookerjee, a Partner at JSA, a national law firm in India.

SEBI also said the board had approved amendments to insider trading regulations to include mutual funds in its ambit.

The move comes more than a year after SEBI accused a senior executive of U.S. money manager Franklin Templeton (FT) and his family members of using non-public information to sell holdings worth about $4 million in Franklin debt funds that were shut down weeks later and caused investor panic.

In India, insider trading rules are applicable to those who deal in listed securities while in possession of unpublished price sensitive information.

Separately, SEBI has also provided more flexibility in approval process for appointment and removal of independent directors on the board.

Among other changes, the market regulator also said it would facilitate faster payout of redemptions to mutual fund unit holders. 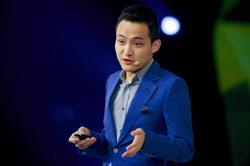