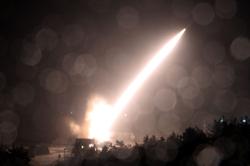 FILE PHOTO: Semiconductor chips are seen on a circuit board of a computer in this illustration picture taken February 25, 2022. REUTERS/Florence Lo/Illustration

TAIPEI (Reuters) -Taiwan said on Friday it has not been informed about a so-called 'Chip 4' meeting that would include it, the United States, South Korea and Japan but added the island has always cooperated closely with the United States on supply chains.

South Korean foreign minister Park Jin has said Seoul is expected to attend a preliminary meeting of the four which have major chip manufacturers, describing the gathering as U.S.-led.

He did not elaborate on what would be discussed.

The timing, location and other details of the meeting have yet to decided, said a South Korean official who was not authorised to speak to media and declined to be identified.

Taiwan's economy ministry said in a statement to Reuters late on Thursday it did not yet have any relevant information about the meeting.

It has been keen to show the United States, its most important international backer at a time of rising military tensions between Taipei and Beijing, that it is a reliable friend and supplier as a global chip crunch affects auto production and consumer electronics.

Asked about the meeting, Japan's Cabinet Secretary for Public Affairs Noriyuki Shikata said semiconductors are a “very strategically important industry” for Japan and that “in due course, there may be better cooperation among the countries.” 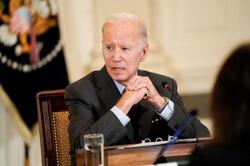