Adults have this assumption that, if left to their own devices, kids would choose to constantly be on their cellphones. — Dreamstime/TNS

We want our kids to stand up for what they believe in, but not get too political online.

We beg them to carefully consider their Snapchat posts, but fail to recognise that their peers — or even us, as their parents — post photos of them without their permission.

We urge them to be a good friend, but also to get off their darn phones.

In doing so, we dispense a lot of unhelpful advice.

Harvard researcher Emily Weinstein has spent years talking to young people about their screens. She tells me a lot of grown-ups don't understand the complexity of today's social media landscape. We eyeroll, rather than empathise. We assume, rather than ask. She believes teens need fewer commandments and more guidance from adults on how to navigate their digital existence.

Weinstein co-authored a new book, Behind Their Screens: What Teens Are Facing (And Adults Are Missing), with colleague Carrie James. There are no surefire solutions to ensuring a healthy relationship between your teens and their phones, but Weinstein encourages "modelling over magic."

That means saying out loud things like: "I'm feeling really distracted by my phone today — I'm going to put my phone in a kitchen drawer so that I can focus on what you're saying." Or: "I don't want to be on my phone all weekend, so I'm going to silence my notifications."

These are simple ways to acknowledge how seductive technology can be to all of us, while taking steps to reclaim our digital agency, said Weinstein, who admits a weakness for TikTok videos on home organisation.

I asked Weinstein to explain why these six common nags from parents fall short. Her responses, edited for length and clarity, are below.

Adults worry about how content that teens post will linger and come back to haunt them. But teens worry about this, too. There are social dynamics and pressures that are front of mind for kids when they're posting. The desire to entertain or impress their peers feels far more immediate and weighty in their mental calculus than the distant risk of maybe someone later finding it, getting in trouble, or getting fired from a job.

It's impractical to assume that every text is going to be carefully evaluated for all the ways it could be interpreted by anyone, anywhere, anytime.

"TikTok is a waste of your time."

TikTok, for sure, is sometimes a waste of your time. (Laughs.) But the reason this message misses the mark is because it shuts down conversation rather than opening it up. There are some uses of TikTok that are probably not a waste of time. On BookTok, teens are using Tiktok to source book recommendations and it's igniting or amplifying their desire to read. When we make assumptions that it's all wasted time, we shut down the ability to have teens talk to us about the things that are rewarding and fulfilling. We miss out on the chance to ask them about the positives, but we also reduce the likelihood that they will be honest about the negatives.

"Being online is not good for your mental health."

This makes a big generalisation that being online is a universal experience. Imagine you have two teen girls who are both struggling with their body image. One girl's social media feed is filled with influencers who all have a stereotypical look that makes her feel bad about her body. Maybe she even follows some pro-anorexia type of content. And then you have another teen who has that same vulnerability, but her feed is filled intentionally with body positivity content, diverse bodies, and people who are talking about body acceptance. Those two teens are going to feel differently at the end of an hour of browsing their feed, even though they both have spent the same amount of time on screen and they both have a similar vulnerability to begin with.

"Don't worry about it. It's just Snapchat."

We have this instinct to minimise the experiences that teens have on social media. But most of us can probably remember back to the dynamic of the middle school lunchroom. The reality is that lunch room is on the screen in front of you all the time.

On Snapchat, there's a map that shows where people actually are in real time. So a teen might look at a Snap Map and see that their friends are clustered together in one place, and they instantly know they've been left out. That feeling of being left out is really hard.

If we can instead replace that impulse with curiosity — questions like, "What are you seeing, and how does it makes you feel?" — then tap back into those memories of how we have had those same feelings, we can have much more empathy in the ways we respond and support kids.

"Shut off your phone, stay out of the drama."

This message doesn't erase the feelings that led them to feel bad about whatever's going on in their phone in the first place. Sometimes stepping away from their phone is helpful and important. But teens also told us they cannot just shut off their phones and be done with it.

Plus, we know from other research that social support from friends is one of the most helpful ways that teens cope when they're experiencing social stress. And in some cases, they feel like they want to monitor what's happening on social media or in the group chat, even if it's just to see what's being said about them.

"You are addicted to your phone."

Adults have this assumption that, if left to their own devices, kids would choose to constantly be on their cellphones. What teens told us is even when their habits make it look like that's what they would choose, they don't want to feel out of control. They're up against powerful design features that are meant to pull them in — things like infinite scroll, where you never reach the end of your newsfeed or notifications.

Disconnecting can also mean being left out of the loop socially, or being seen as rude, or not being there for a struggling friend. Tech distractions are very real, but we shouldn't misinterpret them as signs that teens don't care about other things. 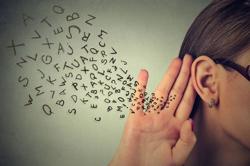