USA Swimming has added technology to its abuse-reporting systems that will allow better communication between investigators and reporters who want to remain anonymous. On Aug 8, 2022, the organisation announced a deal with RealResponse, which is international Safe Sport Day. — AP

DENVER: USA Swimming has added technology to its abuse-reporting systems that will allow better communication between those coordinating investigations and reporters who want to remain anonymous.

The organisation announced a deal with RealResponse on Aug 8, which is international Safe Sport Day.

One feature in RealResponse’s technology is the ability to exchange information with anonymous reporters via text without the reporters having to identify themselves. Though organisations can often act more decisively when victims or witnesses attach their names to reports, anonymous reporting is crucial because often victims fear retribution if their names become public.

RealResponse has developed technology that allows reporters to file reports about abuse via text and for those who receive the reports to follow up while the name of the reporter remains concealed.

“Previously, we could receive an anonymous report, but we had no way to follow up with that individual if we had additional questions or didn’t have enough information, or wanted to let them know what we were doing to follow up,” said Abigail Howard, who oversees the director of USA Swimming’s safe sport programme.

USA Swimming plans to make the technology available to its approximately 400,000 members.

The national governing body is a defendant in several lawsuits claiming it failed to protect them from abuse by coaches. In 2010, USA Swimming’s former executive director, the late Chuck Wielgus, was accused of ignoring or downplaying dozens of cases of sexual abuse. Around 150 swimming coaches have since been banned by the US Center for SafeSport, which was created in response to cases in swimming, gymnastics and other Olympic sports.

Though not affiliated with the SafeSport center, RealResponse started offering its own technology five years ago to help organisations streamline reporting and keep better track of the way they process and resolve cases. At times, organisations get into legal trouble because there’s insufficient documentation to show how they responded when told about a case.

The mission, says the company’s founder, David Chadwick, is “providing a safe space for people to speak up and doing it in a really accessible and easy to use way and, frankly, helping leaders of these organisations identify issues faster before they become bigger crisis”.

RealResponse has deals with more than 100 college sports programmes, a handful of NFL teams and the National Women’s Soccer League. In the Olympic realm, USA Swimming joins USA Track and Field, US Equestrian, USA Gymnastics and the US Anti-Doping Agency among the organizations that have signed on. – AP 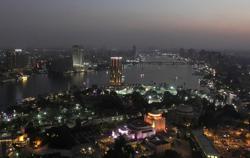